A New Craft Brewery to Open in Holyoke This Summer

Like everyone else in Holyoke, Mike Pratt was saddened to hear about the closure of Paper City Brewing last spring. An avid home brewer with a fondness for the memorable brewery that opened in the late 1990s, he also saw an opportunity. A popular song lyric from that same era says it best: “Every new beginning comes from some other beginning’s end.”* For Pratt, a chemical engineer who won’t quit his day job just yet, that new beginning means bringing a brewery back to his home town and delivering fresh beer to the locals. “My wife and I had talked about the idea for years,” he says, “it seemed like the perfect opportunity to get started.”

Inspired by the growing art and innovation scene in downtown, Pratt, his wife, and a couple of helping hands hope to open Holyoke Craft Beer later this summer. The 1-barrel nano brewery will operate out of 208 Race Street, part of the STEAM Building located in the heart of the Arts and Innovation District. In addition to the brewing system and its six fermentors, a cozy tasting room will allow them to sell to-go beer in the form of  growlers fills. The space has the opportunity for expansion, including a taproom, once they get their feet wet says Pratt. “I’d like to be open for six months or so before starting any expansion plans.” 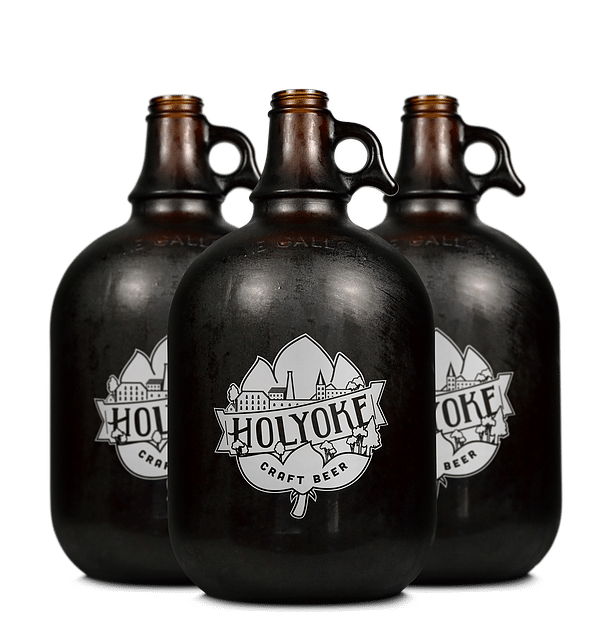 They won’t produce enough beer to fill gallon growlers like the ones pictured, but Holyoke Craft Beer will offer 64 and 32-ounce containers when they open later this summer.

In the meantime, locals will be able to try their new hometown brewery’s offerings right next door at Gateway City Arts, a venue for entertainment, events, dining, and art-making that also has its own beer garden. At least two of the taps there should be pouring Holyoke Craft beers, which Pratt says will feature as many local ingredients as possible. The initial line-up will include a light-bodied White Ale, an easy drinking Pale Ale, a roasty Black IPA, and a hazy New England IPA packed with citrus and fruit flavors. They’ll eventually add a Local Experiment series exploring a variety of local ingredients, and a Belgian Rotation for those who crave rich and complex flavors.

Already fully licensed, they hope to be up and running sometime in late July or early August. “We’re looking forward to providing small batches of the freshest beer possible,” says Pratt.

*Extra credit to anyone who can tell us the aforementioned song’s title and artist, without looking it up. Use the “Submit a Comment” feature below for your response. Once Holyoke Craft Beer opens we’ll meet you there and buy you a beer.