Western Mass. Beer Week on the Horizon, and Six New Area Breweries Too! 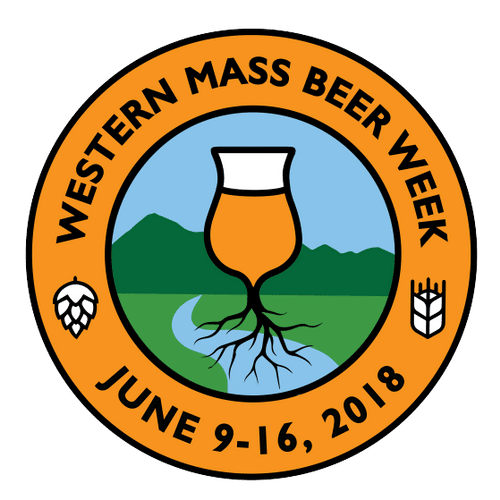 It’s going to be an exciting few months in the Western region of the state, starting with Western Mass Beer Week which kicks off this Saturday at the Berkshire Beer Fest in Pittsfield and wraps up seven days later at The Worthy Craft Beer Showcase in Springfield. An effort to promote the breweries, shops, bars and restaurants that support the area’s local beer economy, the series of special events, collaborative releases, beer dinners and cask tappings is in it’s third year. Not that you need one, but it’s a great excuse for a road trip to any of the region’s four counties.

Two great resources to check out are the latest column from Valley Advocate’s Hunter Styles, The Beer Hunter’s Guide to the 2018 Western Mass Beer Week, and the interactive map below of the more than 60 participants in this year’s festivities.

It’s not the only map you’re going to need if you plan to keep up with the Western Mass. craft beer happenings this summer. At last count we’d identified six new breweries that plan to open in the coming months, and a couple who are primed for a fall debut. Here’s a quick rundown of the exciting newbies we’re watching.

The first to open will likely be Sena Farm Brewery, which plans to have a limited amount of beer from their 2-barrel pilot system available in kegs and bottles later this month, and then to have their 5-barrel brewhouse supplying their taproom sometime this summer. In planning for a couple of years, founder Jared Sena recently left his post as brewer at Berkshire Brewing to open his own operation on the family farm in Worthington.

Sena speaks fondly of his time at Berkshire, which he says included doing a little bit of everything. Since leaving, he’s been propagating several types of wild yeast, waiting on the critters to do their thing in the Port and Sauvignon Blanc barrels he’s acquired, and plans to “brew some funky shit” as soon as they do. He’s also planning to “brew something tasty” in a bourbon barrel that he’s currently aging the family’s organic maple syrup in. Sena Farm Brewery is already licensed, so be on the lookout at select bars, restaurants and liquor stores in the area, as well as at Worthington’s 250th Anniversary Celebration at the end of the month.

Not too far behind is Holyoke Craft Beer, who we reported last month is a nano brewery that’s already licensed and will operate out of the STEAM Building in the heart of the city’s Arts and Innovation District. Though still working on the build-out, founder Mike Pratt is optimistic that he’ll be lugging kegs to the Gateway City Arts beer garden or filling growlers in his tasting room sometime in July or August.

Another licensed brewery we’ve been tracking, the intriguing Floodwater Brewing in the Shelburne Falls village of Buckland, secured its license and pouring permits last fall but have yet to open. Still no word on the nature of the delay, or when they might open the doors to their brewery and taproom, but with noted beerchitecture firm Austin Design involved in the project, it will be worth visiting when they do.

The debut of Chicopee’s Leadfoot Brewing, a 30-barrel brewery and taproom where the old Hampden Brewery once was, has also been pushed back from its expected opening in June. A Victim of the dreaded building permit delay, co-founder Pat Randall told us he’s hoping for a mid-August opening, but said not to quote him on that.

Neither of the breweries planning to open in the Westfield area later this summer would commit to a firm date either, though both are making real progress. Two Weeks Notice, who poured at the Whip City Brewfest last weekend and will be at The Worthy on the 16th, is taking delivery of its brewing system and canning line next week and hopes to be open for retail sales by the end of August. Kismet Brewing has a similar timeline in mind, and has been brewing pilot batches of some delicious looking IPAs recently. They also plan to start with retail can sales before entertaining ideas of a taproom.

Two other area startups, Westfield’s Great Awakening Brewing and Springfield’s Rustic Brewing, are steadily progressing as well. The former received its federal license recently and is currently searching for a viable brewery space. The latter, surprise winners of our March Madness Style NE IPA Blind Tasting a few months ago, already has a space and also received its federal license a short time ago. Neither is likely to be open this summer, but both will be pouring at The Worthy next weekend.

Two others to keep your eye on are brewery in planning Off The Cuff Brewing, who may try to break in by contract brewing in the near future, and Ludlow production brewery Vanished Valley Brewing, who’s eyeing an expansion sometime soon.

Three other items worth note are that Berkshire Brewing Company received state approval to open a taproom and is targeting the end of the summer to be pouring pints, Ludlow’s Iron Duke Brewing has officially purchased a location in Wilbraham and is working on a construction plan for its future home, and contract brand White Lion may finally be nearing the end of their quest for a downtown Springfield brewery and taproom. Founder Ray Berry informs us that he’s got a series of small announcements coming in a couple of weeks.

Related: A New Craft Brewery Will Open In Holyoke This Summer