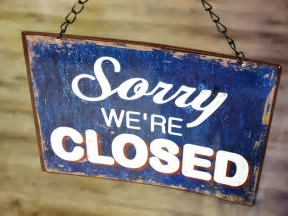 One of the Bay State’s oldest breweries, Holyoke’s Paper City Brewing, has ceased production and closed its doors, possibly for good. No word yet on when, or even if the longtime brewer, which debuted back in 1996, plans to re-open. Co-owner Jon Hebert is reportedly ready to retire after some 20-plus years in the brewing business and has had the historic 5-story building which houses the brewery on the market for a year now. Built in 1890, and also home to the once prominent Winter Palace Theater, the building at 108 Cabot Street hasn’t yet attracted any takers. 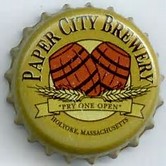 The microbrewery initially produced more than 15 of its own premium year round and seasonal brews, but eventually became known more as a contract and tenant brewer for dozens of popular brands including Backlash and Brewmaster Jack. Recently, the Holyoke brewery has fallen on hard times and lost a number of its contract partners to competitors. At least one of their clients, Glass Bottom Brewery, whose future plans are unknown, was still being brewed under contract with Paper City when they suspended brewing operations in early March.

We understand that co-owner Jay Hebert, who owns the brewery’s sizable brewing system, is trying to work out a deal that would allow him to purchase the building. If successful, he and brewer Mike Bouchard hope to open a taproom, add a canning line, restore the theater, and start some much needed renovations. Anyone interested in investing in the endeavor should contact Jay Hebert through the brewery website.

Another Western Mass. beer maker that recently discontinued production, though temporarily, and is looking for a new path forward is Justin Korby’s Stoneman Brewing, a nano farm brewery in Colrain. The one-man, one-barrel operation focuses on sustainable practices and local ingredients. Recently Korby has been working at The People’s Pint in nearby Greenfield, but he plans to start contract brewing at Brewmaster’s Brewing Services this summer, and intends to produce an IPA that’s 100% sourced from Massachusetts ingredients. The long-term goal is to secure financing and re-open the sustainable farm brewery with a 10-barrel system. “It’s been a long road,” admits Korby, “but I’ve stayed true to sourcing local ingredients and I intend to continue with that model.” Thanks to a strategic stockpile, you should still be able to find his beer on the shelves of your local beer store during the transition. 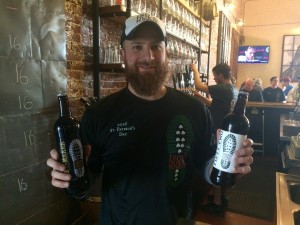 Iron Duke co-founder Nick Morin hopes to iron out a deal with his landlord that will allow him to expand his thriving brewery in Ludlow.

Two more Bay State breweries, Iron Duke in Ludlow and Wandering Star in Pittsfield, are also facing challenges that threaten to close them down. Despite running a successful microbrewery for more than two years, Nick Morin and Mike Marcoux recently found themselves in a dispute with their landlord, Westmass Development, who threatened to evict them if they proceeded with plans to expand production and add outdoor seating. The news came as a shock to nearly everyone and prompted Iron Duke supporters to circulate an online petition (which you can sign here) calling for a halt to the unfair proceedings. The two sides are currently in negotiations.

It’s been a difficult time at Wandering Star as well, where beloved brewery cat Fuggle went missing for more than a week. She eventually turned up thanks to a Facebook post shared by one of the brewery’s followers. A more serious setback occurred just days later when founder and brewer Chris Post suffered serious burns to his feet while working. He was later taken to Mass. General Hospital and is likely to need skin grafts. Devotees of the brewery showed up in droves to purchase growlers and express their support on Saturday. It’s uncertain how long Post, also head brewer at Bright Ideas Brewing in North Adams, will be unable to work.

Two New Breweries Step Forward, One is Welcomed Back 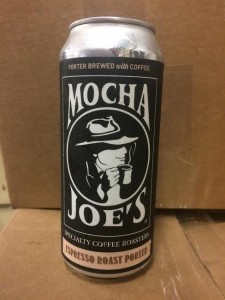 No screaming please, but Howler Brewery is back, and now available in 16-ounce tallboy cans.

There’s also been some good news for the region recently: two new breweries have launched since the start of the year. The first was Bear and Bramble, a one-barrel production-only outfit brewing in co-founder John Wanner’s garage in the Florence neighborhood of Northampton. Described as a boutique brewery designing and brewing high-quality craft beers, they put out their first offering, a Whiskey Barrel-Aged Baltic Porter, in February.

A second newbie brewer, Vanished Valley Brewing, debuted with a series of soft openings just this month in Ludlow. They are currently distributing to local restaurants and beer stores while awaiting approval to sell growlers from their production nano brewery located in back of the Europa Restaurant, where you’ll find their Pomona IPA and Lost Town Stout on tap. Reaction so far has been promising.

And finally, Howler Brewery, who we reported back in January was defunct, is indeed alive and well. After a series of respites, the brand is now contract brewing with Brewmaster’s Brewing Services in Williamsburg and has canned its first two beers, Mocha Joe’s Espresso Roast Porter and Green Bomber IPA.