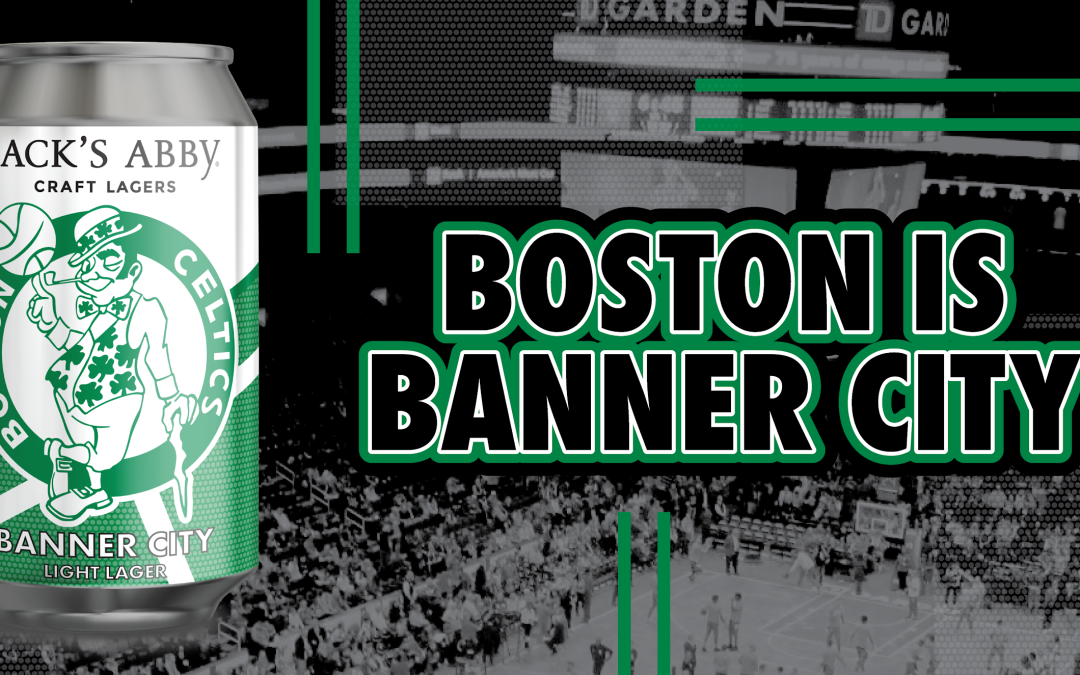 “Banner City is a tribute to the values of the Celtics and Boston as a whole; Grit; Hard Work; Pride; And Of Course, Winning!” – Sam Hendler Co-Founder Jack’s Abby Craft Lagers 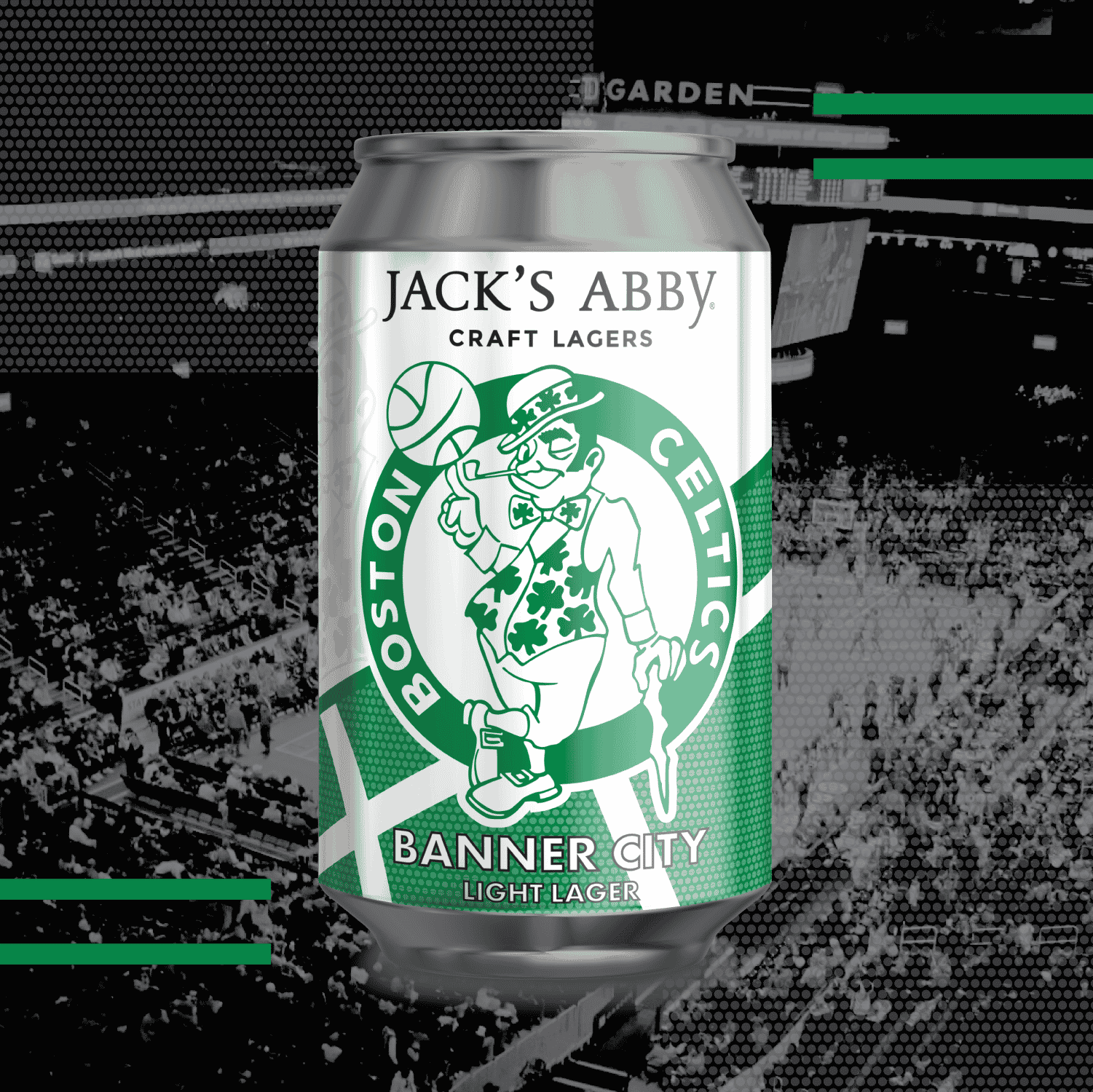 The beer is a light lager brewed with 100% American Two-Row Barley. They use a traditional step mashing and natural carbonation process to get the maximum flavor possible for a light lager that lands at only 96 Calories.

For the can design Jack’s Abby wanted to pay tribute to Celtics heritage and iconography in a bold way. The classic Celtics logo is presented unmistakably up front and gives way to a scaled up basketball pattern featuring the years where the Celtics have raised a banner. The fonts, colors and patterns exude Celtics tradition with a nod to the future.

“We hope this new collaboration can is something our fans and Celtics fans will be wildly proud to raise this season.”  – Rob Day VP Of Marketing Jack’s Abby Craft Lagers

This beer is hitting draft lines around Boston for the tip off of the season. You can join the Jack’s Abby team at The Greatest Bar on Tuesday, October 18 from 5:30 to 7:30 pm to celebrate the start of the new season and try the new beer.

Small amounts of the cans will be released immediately in 6 pack 12oz format. These will be more widely available in November.