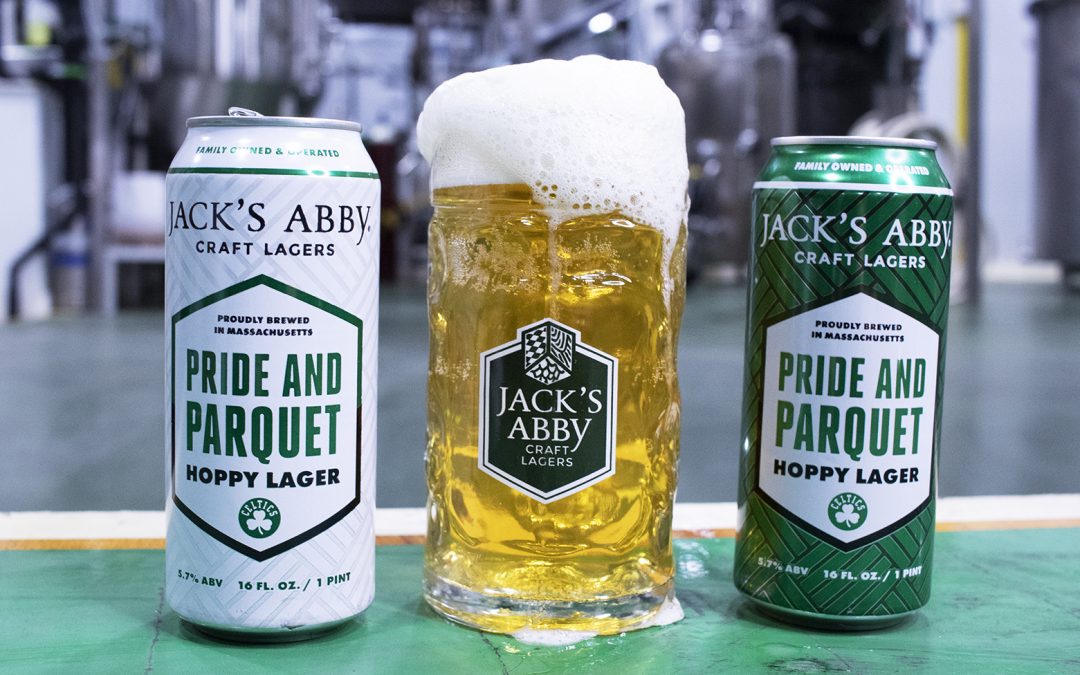 “My brothers and I are extremely excited to launch this collaboration beer with a great Boston institution like the Celtics. In making this beer, we were able to work side-by-side with the Celtics team throughout the entire process, from design to naming to ingredients and recipe. To be able to do that with a giant in the sports world is a really unique opportunity for a small family business and we are bringing everything we have to this partnership and this special beer.” – Sam Hendler, co-owner of Jack’s Abby Craft Lagers

“We are thrilled to announce our first ever Celtics collaboration beer, Pride and Parquet, with our friends and partners at Jack’s Abby. Sam and his brothers came to us with the idea of creating this custom lager and it was a great experience to work with them from start to finish.  We hope Celtics fans will enjoy Pride and Parquet as much as we do.” – Ted Dalton, SVP of partnerships and business development for the Boston Celtics 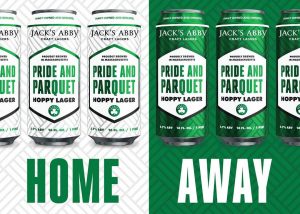 Pride and Parquet is part of a multi-year partnership between Jack’s Abby Craft Lagers, a family-owned brewery, and the 17-time World Champion Boston Celtics, one of the original NBA teams. This partnership is unique in both the beer and basketball worlds, as it is the Celtics’ first craft beer collaboration.

Pride is something you feel. It demands hard work, dedication, and integrity. The Celtics feel their pride on the parquet and the team at Jack’s Abby feels it on brew day. With this beer, we set out to show that when two Boston legends team up, Anything is Possible.

About the Boston Celtics