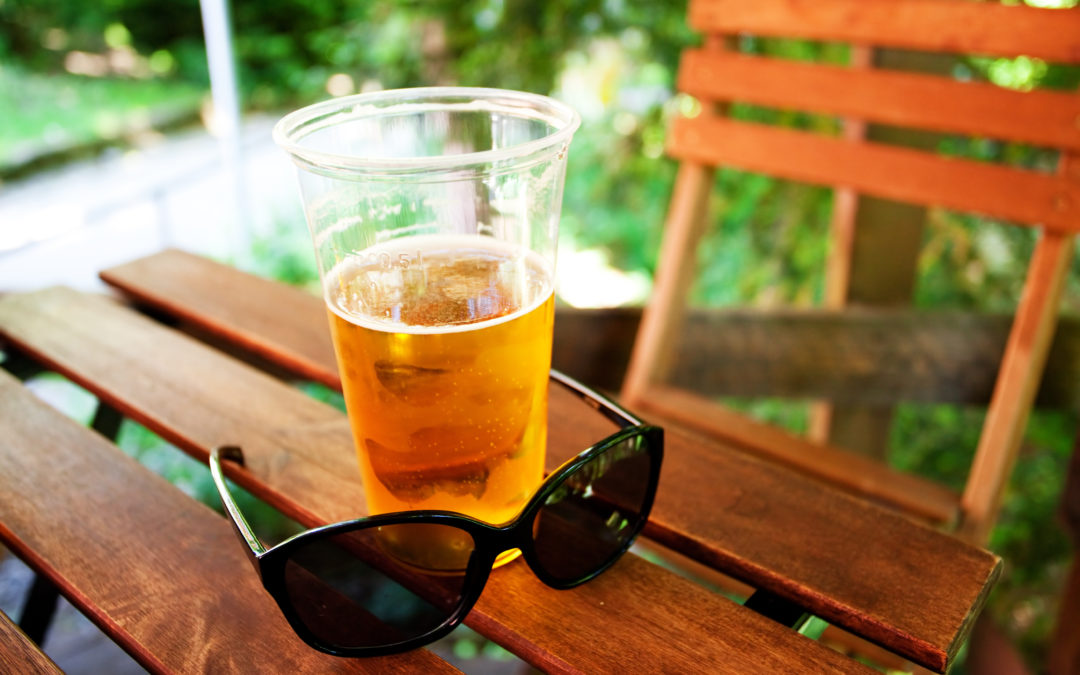 We’re no meteorologists, but the polar vortex that has been enveloping spring may have finally lifted (Wednesday’s forecast calls for temps in the 80’s). And just in time, too, because starting as early as this weekend a plethora of new beer gardens will be popping up all over Metro Boston to welcome the arrival of outdoor drinking season. The proliferation of satellite or off-premesis brewery beer gardens is already up to eight, with breweries establishing pop-up venues in Cambridge, Somerville, and half a dozen Boston neighborhoods. We expect a few more announcements in the next week or two as well, so stay tuned. Below are details on the eight that we know of so far, and we’ve plotted them all on an interactive map at the bottom of the page.

As we reported last week, Aeronaut Brewing’s Wednesday & Friday night musical beer gardens called Neighborhood Nights Allston will return to its Zone 3 venue for a third summer. The Somerville brewery’s co-founder, Ben Holmes, says the venue has been revamped and promises more music, and even badder-assed beer this season. Aeronaut may also be involved in a bike-friendly pop-up beer garden elsewhere in the Metro Boston area.

Also announced recently was the plan to transform the Faneuil Hall overlook area on City Hall Plaza into a Wachusett Brewing beer garden this summer. Part of an effort to transform the area into a local gathering spot, “The Patios,” as it’s called, will feature Honeycomb Creamery Ice Cream, free mini-golf, and even a chance to play with puppies. And of course Wachusett and other guest brewers will be pouring plenty of pints on the patio seven days a week.

A little earlier this month word came that Castle Island Brewing will hold a Thursday through Sunday beer garden in an area between the South End and South Boston known as Underground at Ink Block. “An 8-acre cultural attraction featuring world-class street art, bicycle and walking paths, a dog park, and views of Fort Point Channel,” the award-winning new park even has 175 public parking spots.

In late March, boutique craft beer distributor Craft Collective was the first to announce summer plans, telling Boston Magazine that it plans to host a SoWa “Beer Barn” pop up inside the Power Station on Sundays. According to the story, there will be a variety of New England craft beer along with “live music, lawn games, yoga classes, and a parking lot Food Truck Bazaar.” The open-air marketplace is pet and family friendly.

Then of courses there’s the Trillium Garden on the Greenway, which debuted last summer at Atlantic Ave and High Street, across from Rowe’s Wharf. There was concern that workers in the Financial District would mutiny in the streets if it wasn’t back, but news broke this morning of its return. A statement released from the Greenway says it’s slated to open in late May and run through October on a Wednesday through Sunday schedule, serving a variety of rotating draft beer options and wine from Westport Rivers Vineyards​.

While on the topic of beer gardens on the Greenway, the conservancy made it official last Thursday that Downeast Cider will offer “Back Porch” in Dewey Square starting in late May and running through October. Open Monday, Wednesday, and Friday evenings, as well as weekends, the pop-up seasonal drinkers will offer Downeast’s unfiltered craft cider, a rotation selection of New England craft beer, and wine from Half Bottle Cans.

Lamplighter Brewing in Cambridge also announced plans to join in the fun last Thursday, with a Sunday pop-up beer garden at University Park in Central Square as part of Central Flea, a Cambridge-Style artisan market highlighting a variety of local vendors, businesses, food trucks, and now beer! The’ll pour from 11:00 to 5:00 every Sunday from May 6th to October 28th in a 100-plus person beer garden.

Though it was originally thought that Slumbrew would close it’s American Fresh Beer Garden at Assembly Row when their new gastropub opened this fall, the Somerville brewery has decided to bring it back!  The tent will be gone, and no word yet on when it will open for the season, but with the season’s first warm spell arriving this week, it shouldn’t be long before Assembly Row shoppers are able to quench their thirst by sipping their Slumbrew favorites in the fresh air.

One more that we didn’t plot on the map, because it only makes a brief appearance, is the Boston Cannons Beer Garden. That one will pop up during the Major League Lacrosse team’s four home games played at Harvard Stadium. The field-level craft beer garden will operate at the open end of the stadium and offer selections from Jack’s Abby Craft Lagers, True North Ales, Castle Island Brewing, and Bent Water Brewing.

icon in the upper left corner of the map for a list of the beer gardens by name, or the

icon in the upper right corner for a map with a larger view.