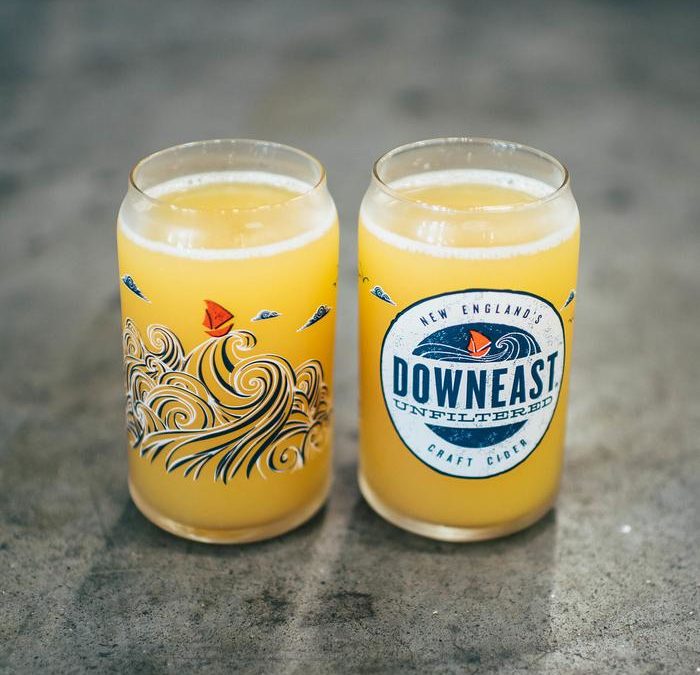 BOSTON, MA – The ​Rose Kennedy Greenway Conservancy​ today announced the selection of the partner to operate a new pop-up “drinkery” on The Greenway’s 17-acre linear park. East Boston-based Downeast Cider House​ has been chosen to run the ​Downeast Back Porch on The Greenway​, right in bustling Dewey Square, across from South Station.

This partnership brings Downeast’s unfiltered craft cider to The Greenway’s contemporary and popular location. Together, they will further the use of Dewey Square Park as a outdoor, casual, and dynamic place to relax in the heart of downtown Boston.

“The Downeast Back Porch on The Greenway, with the backdrop of the signature contemporary art mural on The Greenway Wall, will be a terrific place for commuters and visitors,” said Greenway Conservancy Executive Director Jesse Brackenbury. “We’re delighted to partner with Downeast, another creative local entrepreneur.”

“We’re excited to bring The Downeast Back Porch on the Greenway to life. This will be an easily-accessible location to enjoy lawn games, live music, and other events, all while showcasing our unfiltered craft cider, as well as the work of many great craft brewers based here in New England” said Ross Brockman, Co-Founder of Downeast Cider House. “The Greenway continues to evolve as a destination for residents and tourists alike, and we are proud to be a part of the next chapter​.”

Downeast, which was founded in Maine in 2011 and is now headquartered locally just across the Harbor in East Boston, is known for pioneering the unfiltered craft cider category. Last year they were named to the Boston Business Journal’s “Fast 50,” as one of the fastest growing companies in Massachusetts for the second consecutive year. At the Downeast ​Back Porch on The Greenway, five ciders will be on tap, including a Greenway-only release, Mint Lemonade. In addition to the cider offering, a rotating selection of New England craft brewers will be featured, with a new brewery showcased each week, as well as wine from ​Half Bottle Cans​.

The Back Porch ​builds on the Conservancy’s history of innovative uses of public space. Last year, the Trillium Garden on The Greenway was an unqualified success as Boston’s first open-air beer garden in a public park; an announcement about this space (four blocks north near Rowes Wharf Plaza) will be coming shortly. Th​e Greenway had Boston’s first gourmet food truck and first large public Wi-Fi network and broke new ground with our organic garden care and our contemporary public art.

Conservancy and Downeast officials expect the Back Porch to operate from late May through October on Mondays, Wednesdays, and Friday evenings, plus Saturdays and Sundays. The Back Porch will be setting up on a portion of the plaza at Dewey Square Park each day to create a relaxed, dynamic, and family-friendly space. A rotating mix of food trucks will be paired with the Back Porch for fun, varied food options. Additional details about the operations, capacity and layout of the drinkery will be available later this spring and are subject to contract finalization and state and city permitting regulations.

“The Back Porch extends the park’s vibrancy into the evenings and weekends,” said Samantha McGinnis, the Conservancy’s Director of Programs and Earned Income.

The Greenway Conservancy, nonprofit steward of the state-owned Greenway, ​has ​significantly grown earned income​ to over $1.1M annually by adding park visitor amenities that also benefit the organization’s bottom-line. Those efforts have led to the robust Greenway Mobile Eats food truck program, the farmers and artisan markets, hundreds of free events and promotional activities, and the revered Greenway Carousel at the Tiffany & Co. Foundation Grove. The Downeast Back Porch on The Greenway will be a new park amenity that complements the 400 free events, 7 dramatic water features, all-organic horticulture program, community-oriented Play program, and award-winning contemporary public art exhibits.

About The Greenway and Conservancy

The Rose Kennedy Greenway, a roof garden atop a highway tunnel, is a contemporary public park in the heart of Boston. The non-profit Greenway Conservancy maintains, programs, finances, and improves the 1.5-mile Greenway on behalf of the public. The Greenway welcomes 1.4 million trackable visitors annually, plus millions more who casually enjoy the fountains, gardens, and art. The Conservancy has won numerous awards for its organic landscape care, public art, and programming.

Downeast Cider House was founded by Ross Brockman and Tyler Mosher during their senior year of college and has grown to become a regional favorite across the Northeast. Downeast Cider House uses an exacting process to produce a long line of delicious, unfiltered hard ciders.