Will Cisco Still Have The Same Island Vibe Once Beer Giant AB InBev Owns It? 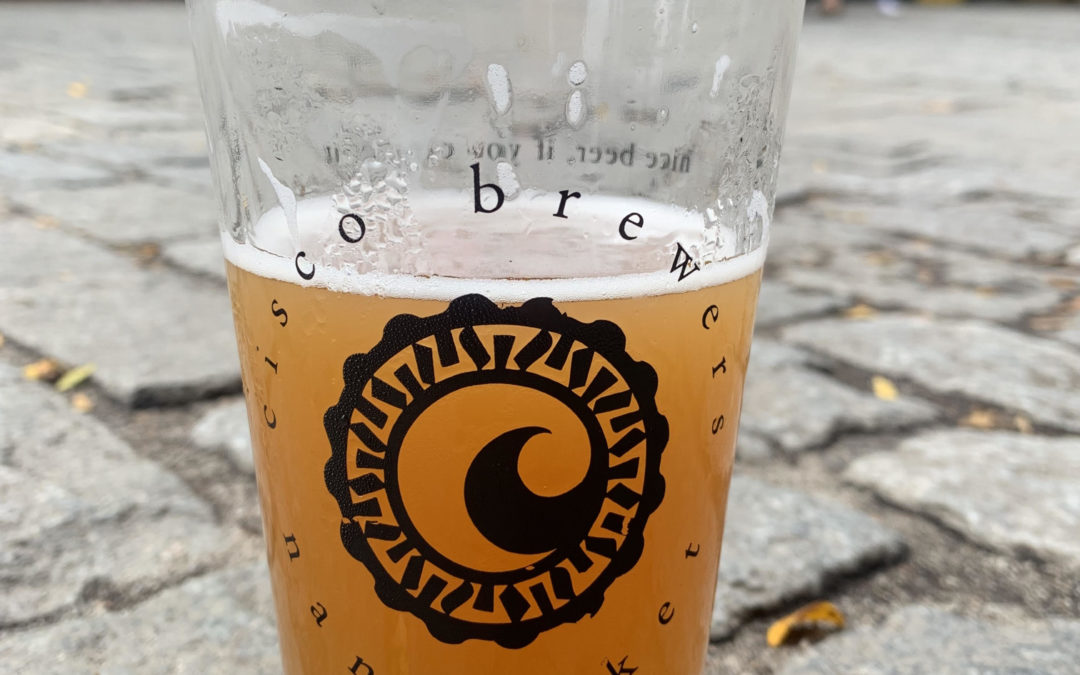 Iconic Massachusetts Brand Has Evolved From Craft to “Crafty”

Back in September of 2016 we posed the question of whether a Massachusetts brewery would ever get bought out by big beer. Now, just three years later, it appears it’s about to happen. In you case you missed it, Anheuser-Busch (AB), maker of Budweiser and subsidiary of beer giant AB InBev, announced Monday that it plans to acquire Craft Brew Alliance (CBA), a publicly traded craft brewery group that owns eight brands throughout the U.S.. It’s a deal worth an estimated $321 million. The news is significant for the Massachusetts craft brewing industry because CBA owns the Cisco Brewers brand and produces nearly all of its beer. 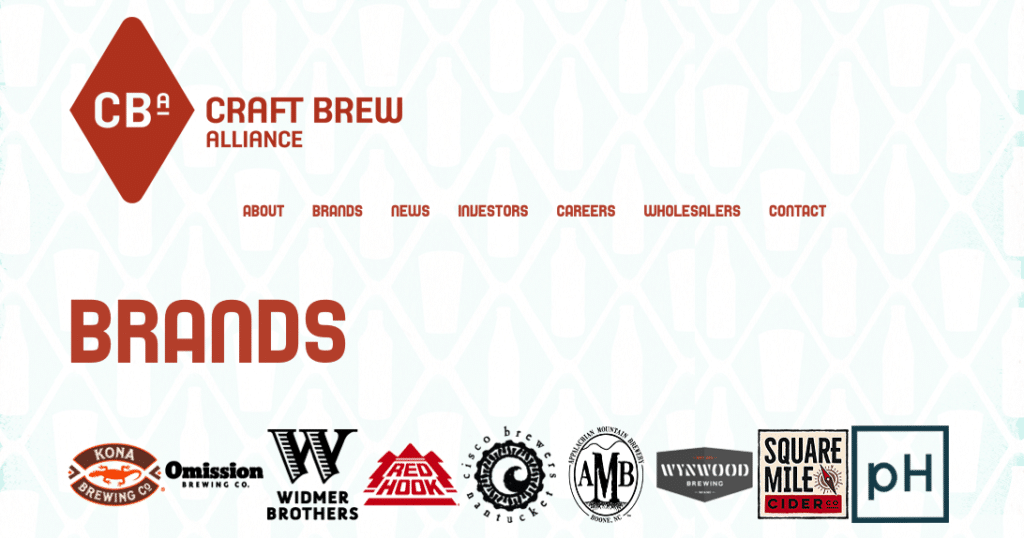 Cisco is one of nine brands owned by Craft Brew Alliance, soon to be 100% owned by AB InBev

The Nantucket-based brewery began its relationship with CBA back in 2015, when it was just 31.7% owned by AB InBev. It began as a strategic alliance that moved production of Cisco’s beer to CBA’s Portsmouth, New Hampshire facility and made them the brand’s master distributer. In June of last year CBA converted its New Hampshire pub, known prior to then as the Redhook Cataqua Public House, into a Cisco-branded space. Four months later, CBA purchased the brand, the beer, and the wholesale distribution side of the business in a $23 million deal. Cisco held on to its original island brewery, as well as the rights to develop additional retail opportunities, such as the Boston Seaport beer garden which recently agreed to a three-year lease. As part of the deal, Cisco Beer Garden LLC* (which we’ve come to learn is owned by a third party) plans to obtain a year-round liquor license for $450,000 so it can stay open during the winter, although it appears that idea may be in jeopardy.

Given its deep pockets as a result of the buyout, or sellout depending on your perspective, Cisco doesn’t plan to stop there. Just last week it received final approval from the New Bedford Planning Board for Cisco Kitchen & Bar, a restaurant and indoor-outdoor entertainment venue slated to open on the waterfront along Buzzards Bay in summer of 2020. A joint venture between Not Your Average Joe’s Restaurant founder Stephen Silverstein and Cisco Brewers partner Jay Harman, “it will be similar to what’s on Nantucket and at the Boston Seaport [beer garden] right now,” said permitting attorney Michael Kehoe in a South Coast Today story in August. 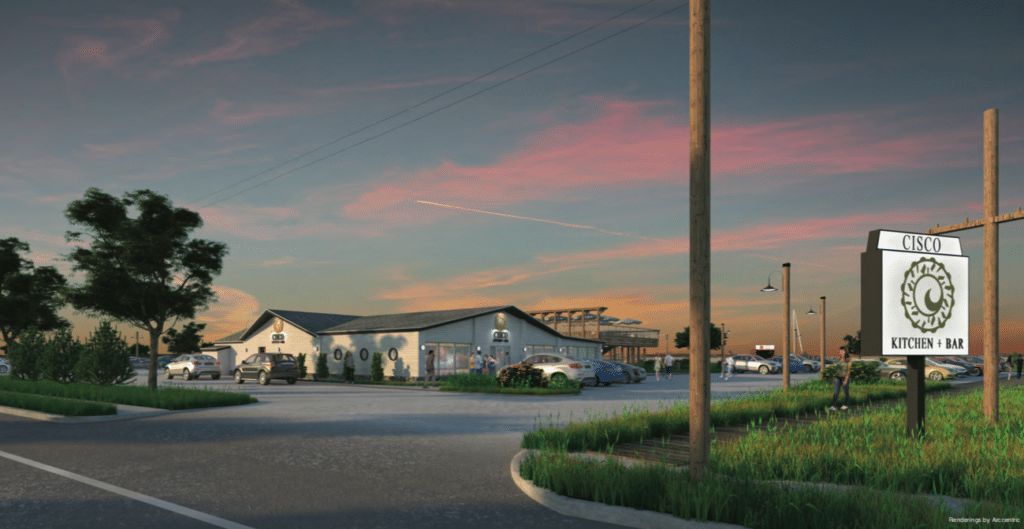 There Once Was A Brand From Nantucket . . .

The question of whether Cisco will still be considered craft beer depends on who you ask. Bart Watson, chief economist for the Brewers Association (BA) said that any beer brewed by CBA (now owned by AB InBev) doesn’t meet its definition of craft because it isn’t produce by a small, independent brewer. So any of the flagship beers produced in Portsmouth and distributed to bars, restaurants and liquor stores, as well as what’s served at its Boston beer garden are considered so-called big beer. There’s no plan for an on-site brewery at the pending Cisco Kitchen & Bar location, so the beer trucked down to New Bedford won’t be counted as craft either. About the only thing that will pass muster according to Watson is what’s brewed on the island. According to state tax records that amounts to less than a thousand barrels of production through September of this year.

For those wondering why any of this matters, beer writer Josh Noel offers some compelling reasons. It’s something he calls “the Anheuser-Busch defense: It’s just beer! Can’t we all just get along?” And, he says, that’s just what big beer is counting on – people thinking only about what’s in their glass, rather than how it got there. The problem is that “[Big Beer’s] combination of distribution muscle and financial resources upend any semblance of a level playing field [for craft breweries]” says Noel. And there’s also the lack of transparency, how companies like CBA, AB InBev, and others are “cultivating a landscape where Big Beer and craft beer are indistinguishable, where thousands of small breweries are allowed to grow only so large amid a handful of dominant players. And as always, it [Ab InBev] will be the most dominant player of all.” 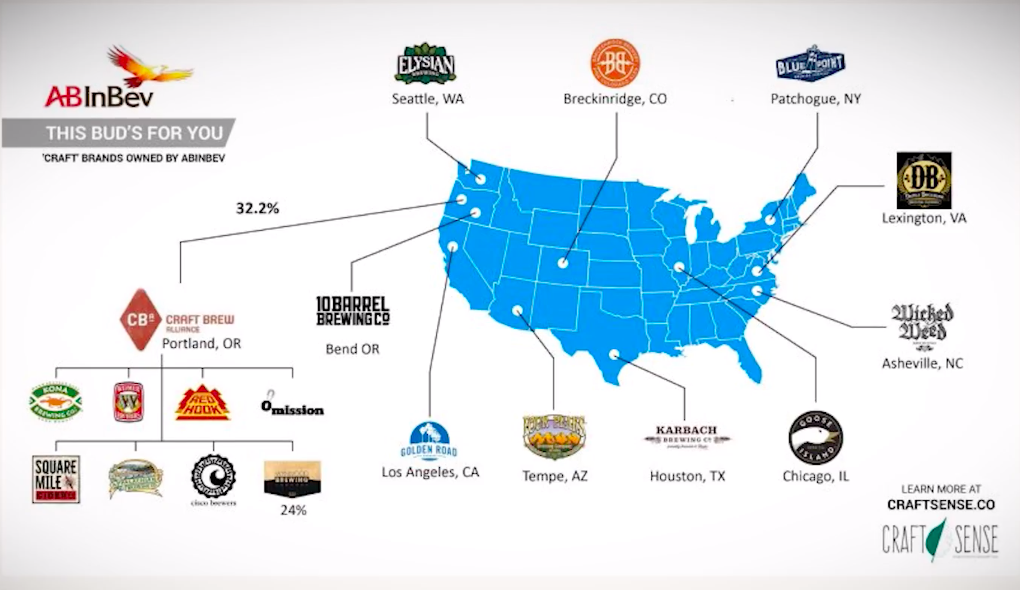 If the merger goes through, and early indications are that it will, Cisco and the other brands owned by CBA will be added to A-B’s craft division, the Brewer’s Collective. And to be fair, A-B and CBA leaders have yet to discuss details about exactly what the future will bring, according to a story in Brewbound.

For some it may not matter, the pending acquisition is unlikely to be a deal breaker for everyone. But it might be for consumers who buy in to the craft beer ethos: the idea that it’s different, more about community and connection. For them, Cisco’s authentic island vibe comes from beer made at the original Nantucket brewery. The “crafty” version that’s consumed everywhere else is likely to have a corporate after taste.

*Cisco Beer Garden LLC, which operates the Cisco Beer Garden location in Seaport Boston, is independently owned by a Boston restauranteur. His portfolio includes the Globe Bar & Cafe, now closed, which holds a year round liquor license that he is attempting to transfer to Cisco Beer Garden LLC. Presumably, he purchased the licensing rights for the Cisco name. The beer served there is purchased from Craft Brew Alliance (soon to be 100% owned by AB InBev) and brewed at its Portsmouth, New Hampshire facility.