Will a Bay State Brewery Get Bought by Big Beer? 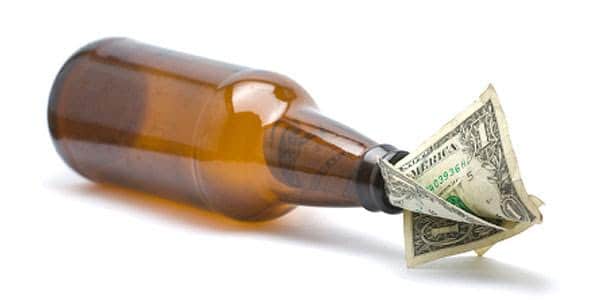 Regional Brewery Sales Are on the Rise, Could it Happen Here?

Those of you who’ve been following us for a while know that back in April we speculated that there might be a Bay State Craft Beer Bubble. Despite our fear of being labeled the chicken little of the local craft beer scene, we’re back with another uncomfortable question: with all the recent acquisitions of regional craft brewers, will a Bay State brewery get bought by big beer? A story by Brew Studs, A-B InBev Strikes Again: Your Favorite Craft Brewery Is Next, is what got us thinking about it, or in my case, worrying about it (more on that later).

Whose getting your craft beer dollars?

The rash of craft buyouts (or sellouts, depending on your perspective) started when Anheuser-Busch InBev (ABI), the conglomerate that was once Budweiser, bought Goose Island in 2011. They followed by snagging Blue Point and 10 Barrel in 2014, then Elysian, Golden Road, Four Peaks, and Breckenridge in 2015. They’ve also got a 32 percent stake in Craft Brew Alliance, a publicly traded company that owns Redhook and several other brands. Last summer they announced a strategic partnership with Cisco Brewers in which the Nantucket brewery gained access to CBA’s extensive sales and distribution network. The deal doesn’t transfer any ownership of Cisco but CBA is negotiating to buy a minority stake in the regional brewery, something they’ve done in the past with brands such as Goose Island (now fully owned by ABI) and Kona (now fully owned by CBA).

Other big beer players include MillerCoors (who owns national brands like Blue Moon and Leinenkugel), Heineken, Diagio, Duvel, and a number of private equity groups. The list of acquisitions, which includes familiar brands like Founders, Boulevard, Ommegang, Lagunitas, Ballast Point, and most recently Cigar City and Oskar Blues, might surprise you, especially considering the lack of transparency behind such deals. Some in the industry even refer to craft breweries owned by big beer as “crafty” beer.

Some of you may be wondering if a buyout of a Bay State brewery really even matters. To be honest, we’re somewhat split on the issue ourselves. One of us is doesn’t care who owns the brewery as long as innovative, high quality beer continues to flow from it, especially if the beer is still brewed by the same people – it’s a business. The other worries that when independent breweries get bought by multinational corporations or private equity investors whose bottom line is profit, they lose their independent spirit – the It’s nothing personal, it’s just business montra seems to fly in the face of what many find appealing about the craft beer culture. 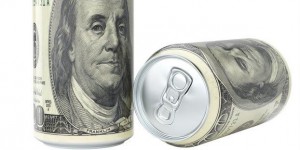 Big beer is big business, but should craft beer be all about the Benjamins too?

Here’s a graphic on just how many brands are actually owned by big beer. It’s a bit dated, but gives you a good idea. A more recent graphic is so crowded with acquisitions that you’ll need a magnifying glass to read it. With the exception of New York, however, the Northeast has managed to remain relatively unscathed. Craft beer connoisseur Josh Deering, a beer pourer at Idle Hands in Malden, doesn’t think that will last forever. “It [an acquisition] will happen if someone offers enough money,” he claims. “Big beer would love to have a stronghold in New England.” Hoppy Boston website creator Ryan Brawn agrees: “it seems inevitable, someone will offer crazy money and a local brewery will bite.”

Results from a recent survey we conducted on social media confirm that nearly 80 percent of local craft beer drinkers believe it’s possible if not likely that a Massachusetts brewery will get bought by big beer.

To date, Magic Hat is the only New England brewery that’s been bought by an outside group, though in their case it wasn’t big beer but private equity. They were acquired in 2010 by food and beverage group Florida Ice & Farm Company, who owns a whole catalogue of goods and brands but doesn’t specialize in beer. The region’s two largest and oldest breweries, Sam Adams and Harpoon, would seem to be the most likely targets were it not for preemptive moves by their founders. Craft beer pioneer Jim Koch who claims that Sam Adams won’t be sold during his lifetime, made Boston Beer Co. a publicly traded company back in 1995. The change allowed him to compensate his original investors while maintaining control of the brewery by keeping all the voting shares. In a similar move, Harpoon executives turned down private equity offers in favor of an Employee Stock Ownership Plan (ESOP) in 2014, allowing them to cash out by transferring 48 percent of the company to its employees. 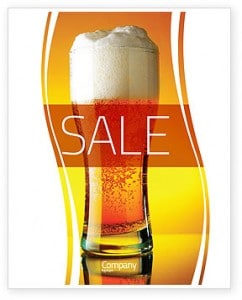 Will a Bay State brewery get bought by big beer? Click here to take our poll.

Plenty of other New England breweries have bullseyes on their backs, however, including Vermont’s Long Trail, Maine’s Shipyard and Allagash, Rhode Island’s Narragansett, New Hampshire’s Smutty Nose and Connecticut’s Two Roads. All are among the nation’s top 100 brewers by volume (barrelage) and have distribution in all six states. Massachusetts has three other regional brewers, Berkshire, Ipswich and Wachusett, that might also have some appeal. All have been around for a couple of decades and have established markets with wide distribution.

More likely to garner attention, however, is the Commonwealth’s fastest growing brewer, Jack’s Abby, whose recent expansion helped it become the first Bay State brewery to gain regional status in more than a decade. After doubling in size in just a year they recently announced plans for another expansion. The additional space will allow them to increase their barrel program, open a new taproom next to the existing beer hall, and increase production enough to vault them into third place among Massachusetts brewers. “Our rapid growth has definitely surprised us,” Sam Handler, one of three brothers who founded the brewery in 2011 told the Boston Globe. “We’ve been pretty blown away.”

Another brewery experiencing meteoric growth is Night Shift, who started in a small warehouse in an Everett industrial park in 2012 and has since moved into a spacious new facility that recently unveiled a new 3,000-square foot annex in September. The popular brewery is on pace to brew 10,000 barrels this year and 20,000 or more in 2017. In a recent interview about the craft beer boom in Massachusetts co-founder Michael Oxton told NECN, “our goal is to produce high quality beer and concentrate on our local market. We don’t have a goal for how big we can get, nor are we trying to get purchased.”

Other fast-growing brewers that have announced future expansion plans include Wormtown, on the verge of gaining regional status as they plan to more than double brewing capacity, and Lord Hobo, which recently received its pouring license and will build a beer hall within its 47,000-square foot production facility. Then there’s prestigious brewers Trillium, who increased production more than 50 percent with a new brewery and taproom in Canton, and Tree House, whose construction crew broke ground on a new 45,000 square foot facility in Charlton in September. A wildly popular brewery that sells all the beer it produces straight to its consumers, they turned down a private equity offer more than a year ago. “Honestly, our brewery feels like a child to us,” explained Tree House co-founder Dean Rohan, “we still have so many dreams that we’d like to achieve.”

It’s safe to assume that if other Bay State breweries haven’t already received similar offers, they soon will. Asked about the idea of buyouts, Lord Hobo owner Daniel Lanigan preferred not to speculate. “We’re focusing on making great beer and managing our own growth,” he explained. “It doesn’t leave us time for much else.”

The Bay State craft beer scene has flourished in recent years, in large part due to the independent nature of its brewers and their loyal and passionate customer base. If both groups want it to stay that way, they might be wise to keep big beer’s money and influence at arm’s length.