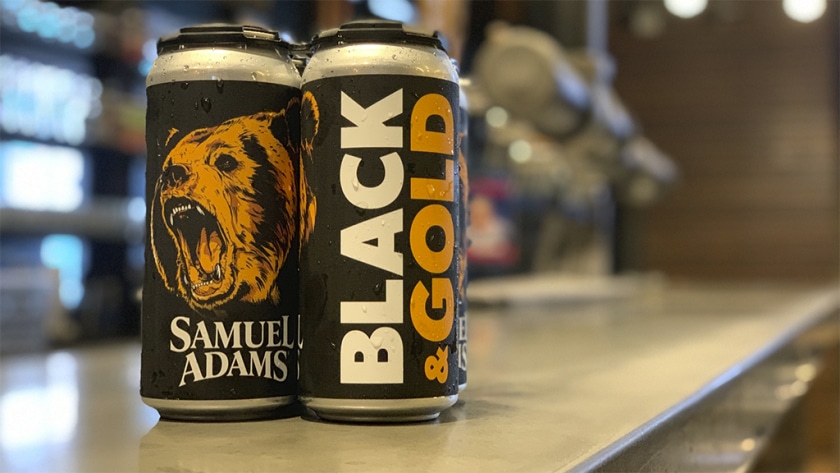 PRESS RELEASE / May 30, 2019 (Boston, MA) – Just in time for Game 4 on Monday, Sam Adams is sending our hometown hockey team good luck in St. Louis with the limited can release of Black & Gold – a 4.9% ABV, deep ruby black, medium-bodied lager with chocolate notes, a hint of coffee and a slightly sweet and roasted malt flavor. 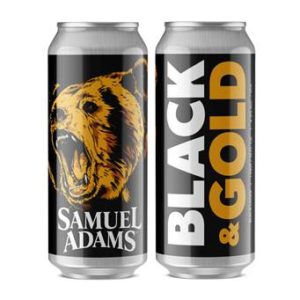 Four packs of 16 oz cans will be released for purchase on Monday, June 3 at the Samuel Adams Boston Brewery in Jamaica Plain and are first come, first serve, one four pack per person. Drinkers can begin lining up at 12 PM and start purchasing cans by 3 PM, so they have plenty of time to get home in time to watch Game 4 while drinking a Bear-inspired brew.

Our passion for never settling, and brewing quality, flavorful beers started with our founder, Jim Koch. He brewed the first batch of Boston Lager in his kitchen – a recipe that belonged to his great great grandfather that he found in his father’s attic back in the early 1980’s. Samuel Adams has a brewery/taproom in Jamaica Plain (Boston) at 30 Germania Street.