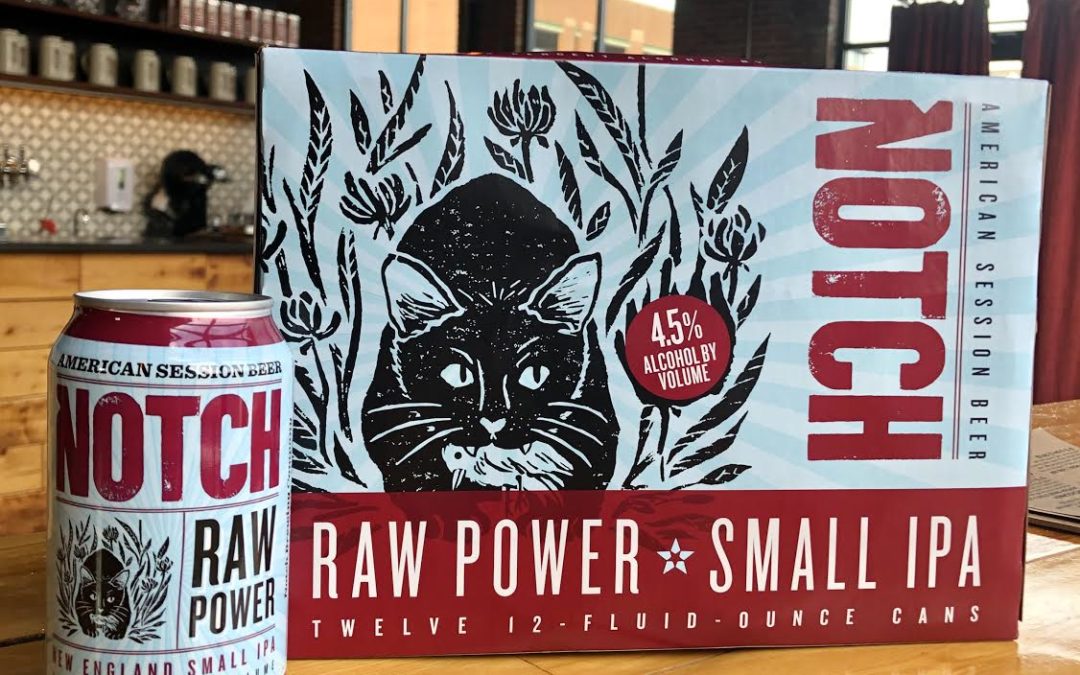 “Raw power got a magic touch, Raw power is much too much; Happiness is guaranteed; It was made for you and me…”

-from “Raw Power” by The Stooges

“We haven’t brought a new 12 ounce beer to market since Infinite Je​st 3 years ago,​” says Chris Lohring, Notch Founder “At Notch, we strive to make flavorful, yet accessible beer for everyday social drinking; the kind of beer you buy in a 12 pack and keep in your fridge, you take to parties or camping. Raw Power hits that mark with its ease of availability and​ a suggested price point of

$15.99 per twelve pack.” Raw Power serves as a hazy, juicy foil to the balanced, bright Left of the Dial IPA, offering a new school compliment to a more classic version of the world’s second most popular beer style.

Raw Power rollouts will begin N​ ovember 11th and Notch’s sales team will be hosting back to back launch parties on Monday, November 18:

About Notch Brewing ​Launched in 2010, Salem, Massachusetts’s Notch Brewing was the first brewing company in the U.S. to focus exclusively on session beer, which only has 4.5% alcohol or less. These lower alcohol styles bring people together for social occasions without the intoxicating effects of some of today’s popular craft beer styles. Notch’s focus on flavorful subtlety, and traditional European brewing practices, as well as the contemporary approaches of American craft beer, has garnered international renown from beer drinkers, industry peers, and the food and drink media. To learn more, please visit Notch’s Salem Tap Room and Brewery or online at notchbrewing.com.