Is There A Bay State Craft Beer Bubble? 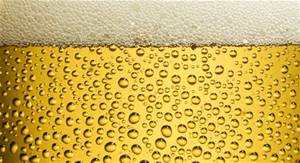 Is There A Bay State Craft Beer Bubble?

It’s a snowy Sunday morning in April (yes, April, that’s New England for you) and already I’m thinking about what to pull from my dedicated beer fridge this afternoon, maybe that bottle of Pretty Things Smoked Russian Imperial Stout I’ve been saving. I’m not the only one who constantly has beer on the brain these days. Less than 24 hours earlier, a pleasant 60 degree spring day, my cohort and I sat in the taproom of Aeronaut Brewing in Somerville, struck by how packed the place was. There was still a line of people waiting to get it when we left at around 4:30.

Aeronaut’s capacity-filled taproom (and I’m sure there were other packed breweries on this day) would be easy to explain if there wasn’t any competition, but the number of breweries in the U.S. has doubled since 2010, with a new one opening somewhere literally every day.  It’s not just California, Colorado or Oregon enjoying the boom. There are now 80 visitable breweries in Massachusetts (find any of them with our Beer Maps), 18 more pending, and another 30 or so making commercial beer in some form or another (details on our Mass. Beer page). With so many choices, there’s never been a better time for craft beer drinkers in the Bay State. But could all those choices be leading up to a bubble? The short answer, according to our roundup of local experts, is probably not, or “poppycock” as the brewers at Norton’s Bog Iron put it.

After all, many of them point out that the craft segment of the American beer industry accounted for over 12 percent of production in 2015, and craft sales exceeded 20 percent of the country’s total beer market, double what it was in 2010. And those figures are likely even higher in an established craft beer state like ours. Beer writer Norm Miller, the “Beer Nut,” has gone back and forth on the idea, but notes that “Boston has merely a handful of breweries, Worcester, the state’s second largest city, has just three, and Springfield only one, contract brewer White Lion.* There’s room to grow.” If that’s not enough to convince you, Kelsey Roth, the “Ambassodor of Buzz” (communications manager) at Craft Beer Cellars, points out that “certain parts of Massachusetts are still like a good beer desert.”

Former Harpoon brewmaster Russ Heissner thinks so too, and is bringing an oasis to the South Shore with Barrel House Z, which will open this summer in Weymouth and specialize in small batch, barrel-aged brewing. He believes that a brewery either needs to be very big, like his former employer, or very local, like most of the recent successful startups, but adds, “making great distinctive beer is fundamental to either choice.” That sentiment is echoed north of Boston as well by Nick Bolitho, co-founder of Medford Brewing, which also plans to open in 2016. “Consumers have tasted the good stuff, and they want more,” he says. “Craft beer is still growing, it can easily reach 20 percent market share in the next few years.”

Zack Rothman, an attorney and home brewer who goes by the handle “Raising the Barstool” and has legions of followers on Instagram, is also optimistic about the Bay State’s craft beer scene, but has no doubt that shelf space and tap lines will become more crowded with the opening of even more breweries. Other authorities on the Bay State’s flourishing craft beer scene agree. “The competition is constantly increasing,” says “HoppyBoston” beer review website creator Ryan Brawn, “a brewery has to make high quality and interesting beer to stand out these days.”

Brewmaster Will Myers of Cambridge Brewing, a favorite of discerning local craft beer drinkers, has been at it for 25 years and advises, “the bar has been raised considerably in the last 30 years in terms of quality.” Though he wishes failure upon no one, he does worry that a bit of a shake out could be coming. “New breweries get a very brief grace period for serving less than awesome beer.”

Eric Murray, who boasts more than 3,000 check ins on the popular drinking app Untappd, is a prime example of the impatient beer drinker Myers describes: disinterested in the middle of the road options he feels have flooded the market and more a fan of the juicy IPAs produced by standout breweries like Trillium and Tree House. He wonders if new brewers will be able to create beers that really stand out, especially given the demand for expensive but wildly popular hops like Citra or Galaxy.  Another connoisseur I spoke with was Becky Robinson, who goes by “DrinkCraftMass” on Twitter, and describes herself as having a form of beer ADD. With dozens of options available to try, it’s usually a while before she goes back for one of her old favorites. She’s concerned that there may not be enough craft beer dollars out there to sustain all the new breweries. 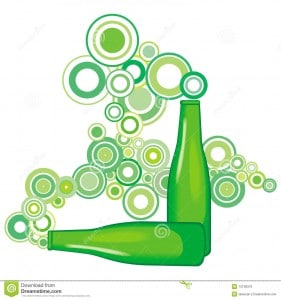 Amidst the growing craft beer competition, Boston Beer Company (Sam Adams), who many have argued is too big to be considered craft beer anymore, has actually seen sales diminish. Its founder, Jim Koch, recently said that the number of breweries in the U.S. could double in the next few years, but warned that a saturation point could also be coming, as channels for selling new brews “close up as distributors and retailers kind of run out of space for craft beer.”

“The only beer bubble I see right now would be if an individual brewery creates one for itself,” says Steve Hall, founder of HopHead Events and creator of the popular HopFest. “It’s a booming industry creating some of the best beers we’ve ever experienced, and there’s room to grow. But there will be brands that make poor choices, like trying to grow too fast or refusing to listen to consumers. When breweries start to fail it’s less likely to be from too much craft beer on the shelves and more likely that consumers choose a different brand.”

“What’s your marketing and distribution strategy?” asks Matt Malloy, CEO of Dorchester Brewing Company, of any newbie brewer. If they have a good answer, his new brewery and its “partner brewing” concept might be the solution to many of the hurdles facing aspiring beer entrepreneurs. Access to state-of-the-art equipment including everything necessary for precision quality control, high speed canning and bottling, and a shared taproom where patrons can sample their brews, should give startup breweries a fighting chance.

Asked if he sees a bubble, Malloy responds by predicting that “we may have reached an inflection point (an event that results in significant change), but it’s only the beginning of an inflection point.” Kristen Sykes, founder of a social group for female craft beer drinkers called BABES (Boston Area Beer Enthusiasts Society), agrees, and points out that there are nearly as many breweries in beer-centric cities like San Diego or Portland (OR) as there are in the entire state of Massachusetts.

The last time there was even so much as a slow down of craft brewery openings was in the late 1990s, but anxieties were diminished a few years later when rapid growth resumed. Not too long ago, a Fortune Magazine story indicated that a rash of craft brewery closings might be the only thing that could startle the industry. Nationwide, only 46 breweries closed last year, while 615 were opened. I can think of little more than a handful of Massachusetts brewers that have shut their doors in the last decade, Pretty Things being the most notable.** If more breweries start closing, especially because they’re not selling enough beer, that’s when it might be time to worry.

*Springfield based White Lion currently brews at Mercury Brewing in Ipswich, but is pursuing a space to build a brewery in its home city.

**Cody, Endurance, High & Mighty, Pittsfield Beer Works, Rock Bottom (Braintree), Sherwood Forest, Watch City, and New Century Brewing, who created Edison Light and Moonshot, are other Mass. brewers that have closed within the last decade or so.
DoCan in Lowell closed when its brewer died tragically in an a work-related accident.
John Harvard’s in Cambridge no longer brews on premises, but their Framingham location still does, and supplies the beer for both brewpubs.
Two others, Banner and Enlightenment, are on hiatus but haven’t officially called it quits.