Massachusetts May Approach 150 Breweries by Year’s End, How Many is Too Many? 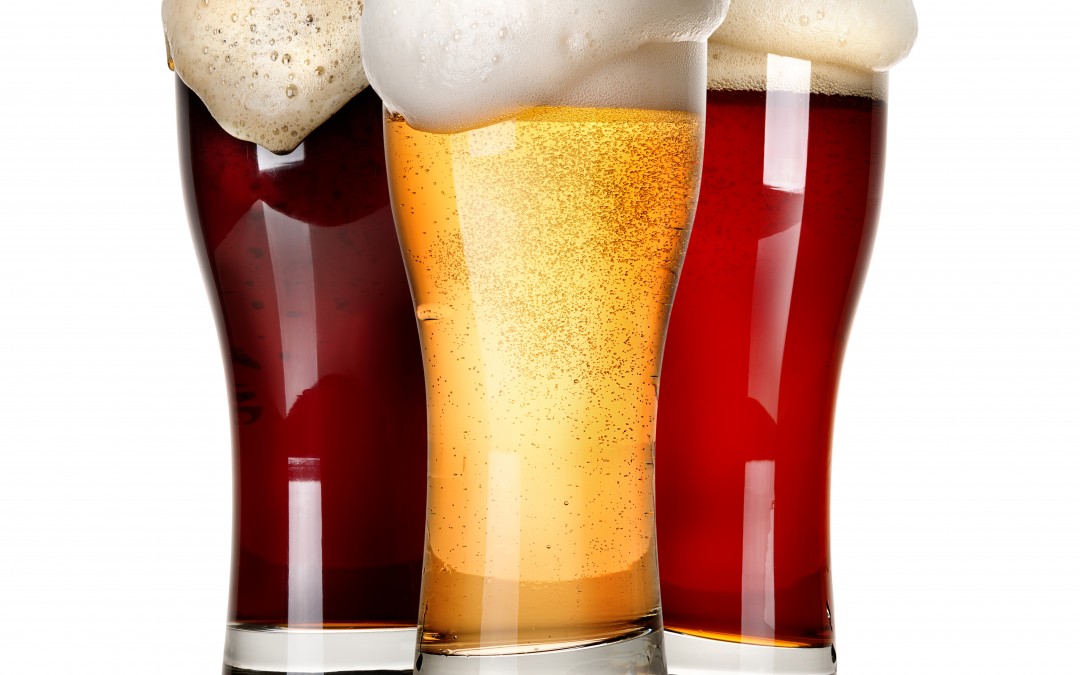 Can the Rapid Growth of Craft Beer Continue in the Bay State?

In its recent review of 2016 the Brewer’s Association reported that craft beer sales rose by an impressive 8%, though it was the first time in several years that growth wasn’t in double digits. They also noted that there are still twice as many wineries in the U.S. as there are breweries. As for the local scene, ask any expert and they’re likely to tell you that there’s still room to grow here in the Commonwealth. And we agree. But how much room? Practically all of the state’s most respected breweries have already expanded, or are planning to in the near future. A few are even building additional breweries. One, wildly popular brewer Trillium, recently eluded to opening a third location before construction on a second location (a replacement brewery for Boston) has even started. Rumors of more and more new breweries are proliferating. One local beer writer has gone so far as to predict that 33 new breweries might open in Massachusetts this year, a number that would shatter the previous record of 21 openings in 2015. That’s not going to happen, but with such wild speculation abound It seems like a good time for a reality check.

We first broached the idea of a Bay State beer bubble nearly a year ago, in April, the same month we debuted our website. Since then, the craft beer craze has exceeded even our expectations, escalating to a near fevered pitch. Our round up of experts still think the bubble talk is overblown, but even Night Shift’s Rob Burns, president of the Mass. Brewer’s Guild, has warned that not everybody is likely to make it in such an ultra-competitive environment. If that doesn’t scare you a little, then consider this: at the end of 2011 there were 46 commercial brewers in the Bay State. By the end of 2016, just five years later, the number had nearly tripled to 127. And by this time next year, there could be as many as 150. 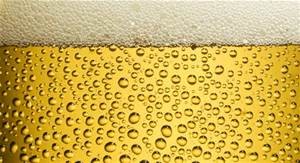 Nearly half of those who took our survey think craft beer may be headed for a shake out. Click on the bubbles above to tell us what you think.

To appreciate just how swift the growth of craft beer has been in Massachusetts you need to consider not only the number of new brewery openings but the increase in new taprooms as well (by taproom we mean a brewery that serves full pints). We counted 76 existing taprooms, and at least a dozen more on the way. Go back just five years and practically no one outside of a brewpub even sold takeaway beer at their brewery, let alone served it. The explosion of new taprooms has been remarkable, as have the expanded hours many of them offer. More than a dozen are now open seven days a week, and scores more are open all but a day or two.

Clearly, thirsty consumers are increasingly interested in drinking fresh craft beer straight from the source, a trend that’s likely to continue for some time. But not all of that demand is coming from new or ever-thirstier craft beer consumers. Breweries should be careful not to confuse all of their increased taproom sales with new growth. Though some of it surely is, and selling more beer directly to consumers is better for the bottom line, a portion of increased taproom sales is attributable to a corresponding drop in bar and restaurant sales, down 3% in 2016, the third straight year of decline. Those declines mean breweries are selling that much less beer to bars and restaurants. It’s worth considering whether there will be enough taproom visitors for everyone to grow when the brewery count reaches 150, or beyond.

Stay Thirsty My Friends, and Don’t Forget Your Wallets 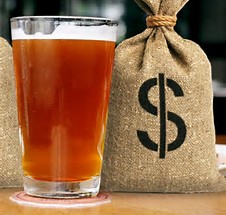 Craft beer drinkers value quality and consistency, but can everyone afford to pay premium price for their beer?

Cambridge Brewing Company brewmaster Will Meyers continues to think that a shake out could be coming. “New breweries get a very brief grace period for serving less than awesome beer,” he warns. Others view the future of craft beer with apprehension as well. In an interview last year Sam Adams founder Jim Koch warned that a saturation point could be coming, during which “distributors and retailers might run out of space for craft beer.” It’s already happening according to Aaron Williams, beer steward at Kappy’s in East Boston. “As a retailer, I’ve got no more room,” he laments. “Carrying everything is becoming impossible.”

Even if the bigger retailers don’t run out of space, the meteoric rise in craft beer prices might result in consumers running out of money. With some brands charging as much as $15 or even $20 for a 4-pack of 16-ounce cans (a trend the Brewer’s Association calls “premiumization”), it may not be realistic to expect craft brands to continue to steal market share from macro brands as fast as they have over the last decade, especially if it costs twice the price.

And yet Millennials, as well as the current Generation Z, appear eager to drain much of their expendable income on good beer, especially if it’s brewed nearby. Kelsey Roth, communications manager at Exhibit ‘A’, chosen by Beer Advocate as one of the best new breweries of 2016, points out that “some parts of Massachusetts are still like a good beer desert.” Indeed, cities such as Springfield (White Lion), Fitchburg (River Styx), Andover (Oak & Iron) and Attleboro (Skyroc) are just now preparing to welcome their first breweries, while others like Leominster, Waltham and Fall River are still waiting.

Josh Deering, a taproom beer pourer at Idle Hands in Malden, thinks “there’s still room to grow, especially if the quality of the beer is high.” Almost half of those who responded to our recent survey agree. And if states like Colorado, Oregon, or even Vermont (where breweries per capita is higher than in Massachusetts) are any indication, those respondents are probably right.

Bog Iron co-founder Brian Shurtleff isn’t worried that a bubble is forming. “Demand would be artificially high if it were,” he claims. He likens the situation to the popularity of pizza parlors, explaining that more than 60,000 shop owners are selling pizza across the U.S., but no one is asking when the pizza bubble is going to burst. “A large percentage of breweries are perfectly happy being small, selling most of their beer locally,” he believes. “With only 20% of consumers currently buying craft, there’s plenty of room for the small guys. Not everyone is interested in becoming Domino’s.”

In fact, many smaller breweries are more focused on forging an identity or filling a niche within the craft beer segment than in trying to dominate it. Case in point, Farmer Willie’s Alcoholic Ginger Beer. Marketed as ginger beer with soul, they started in a Provincetown kitchen, now contract brew at the Foolproof Brewery in Rhode Island, and hope to build their own facility on the cape in the near future. “As a newer brand in a booming industry, we see more opportunities than roadblocks” says Nico Enriquez, one of the co-founders. “Five years ago people would have laughed at us. Now, fruit and root-forward offerings are among the leading-edge beer categories in the industry.” 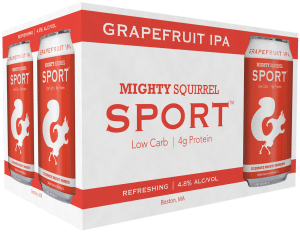 Currently contract brewing, Mighty Squirrel plans to open a brewery and taproom at the former Downeast Cider facility in Charlestown.

Another leading-edge brewery that’s made it beyond some initial laughs is Mighty Squirrel, the first brewery to offer a beer with added protein. By targeting a younger, fitter demographic who wanted a beer that would “fit in better at the finish line,” they’ve carved out a niche that resonates with active twenty-somethings. “They want a delicious craft beer with fewer calories and carbs,” says co-founder Henry Manice. “The 4 grams of protein [which gives it a post-workout recovery component] is the cherry on top.”

Another brand hoping to combine the worlds of craft beer and active lifestyle is Zelus Beer. They started contract brewing at the end of January, after developing their recipes at a pilot brewery in Medfield. Their first beer, Competitor IPA, has received better than average ratings on Untappd. “Though we’re entering the market at a very competitive moment, we believe our unique concept of active lifestyle and great tasting beer puts us in a position to be successful” said founder Geoff Pedder.

Cultivating an identity is surely important for both established breweries and startups alike, but thriving or even surviving will likely boil down to making good business decisions, especially when it comes to financing, distribution plans, pricing, and location. Let’s hope our favorite local breweries have well laid plans. As Beer Advocate columnist Andy Crouch has written, “no one knows where things are going, whether up, down, or sideways. And there’s something amazing about that unpredictability – a future fresh with possibility but laced with hints of uncertainty.”

We’re not sure about you, but we plan to pop open a few locally brewed cold ones, sit back, and watch as it all unfolds. Cheers.