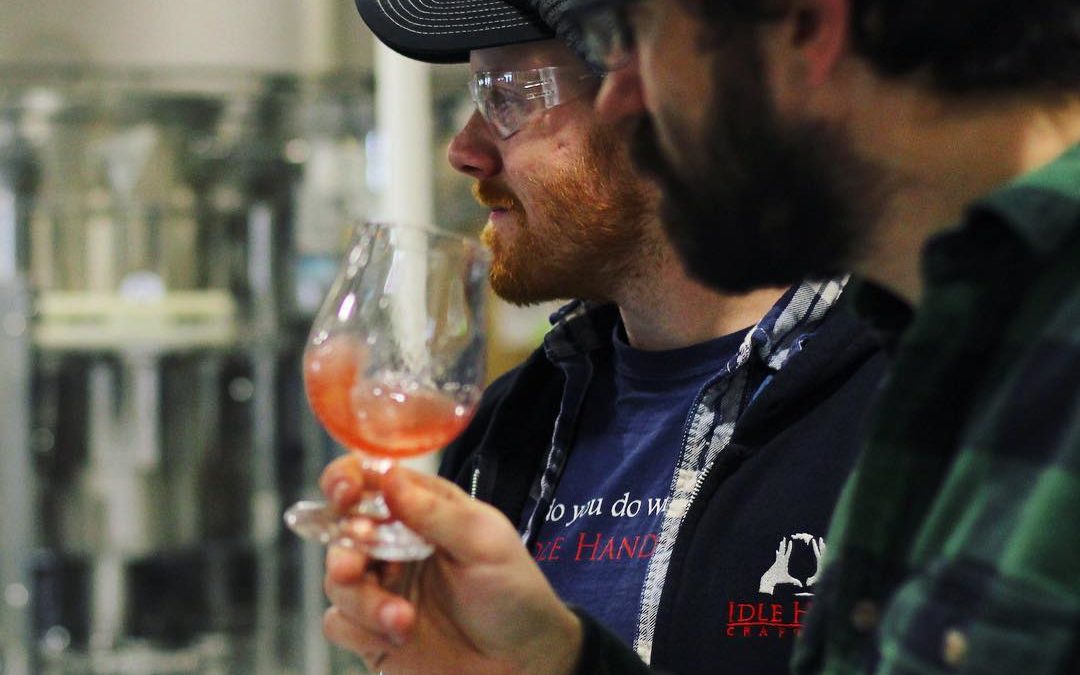 Idle Hands and Springdale collaborated to brew Noonanbock, an amber colored Einbeck-style bock that’s malty and full, with a pleasant, snappy finish. A portion of Noonanbock was then aged in red wine barrels with a mixed culture blend in the tradition of a Flanders Red. The end result was Noonanbach, a barrel-aged beer with light acidity and lovely, floral-sweet and fruity malt characteristics.

The opportunity to taste both beers in the same place will be available only twice – at Hugh O’Neill’s on December 7, and on December 12, at an additional release party at Farmhouse Tap & Grill in Burlington, VT. 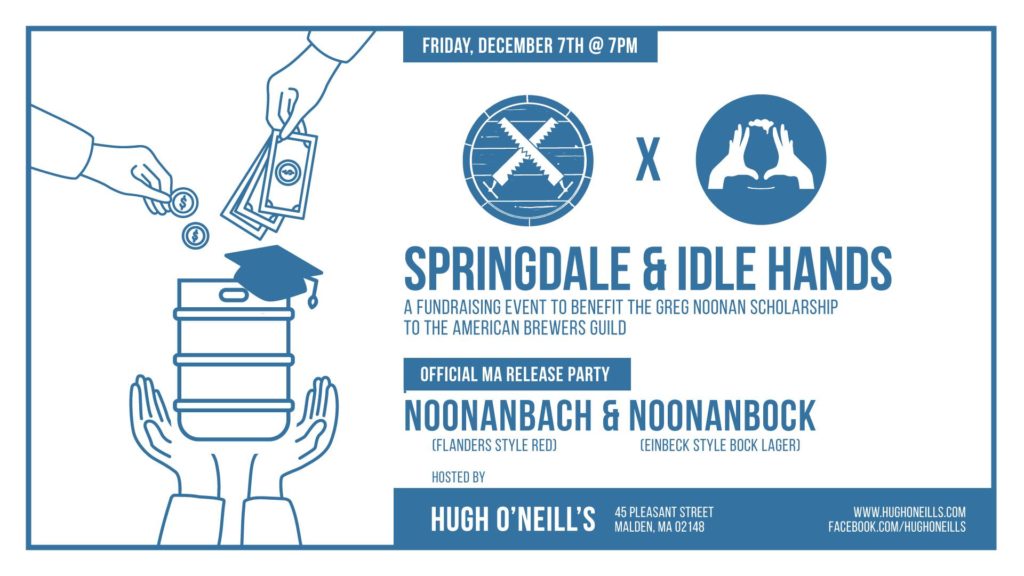 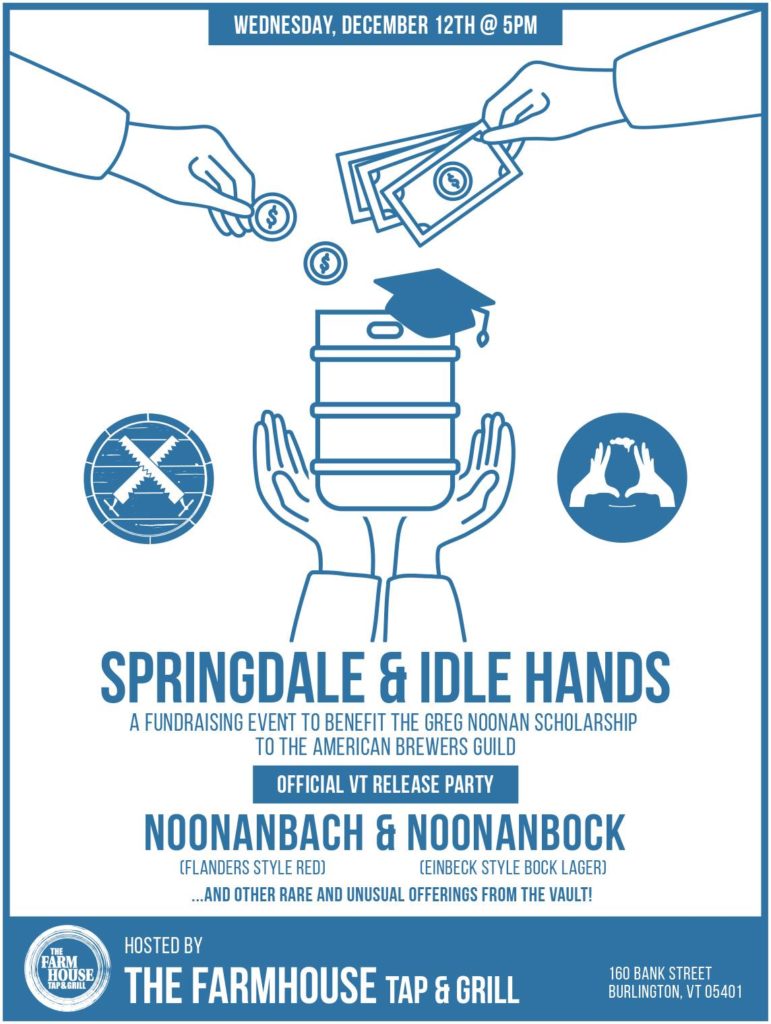 The Greg Noonan Scholarship for the American Brewers Guild

The Greg Noonan Scholarship was started in 2010 and is named after the late Greg Noonan who passed in 2009. It is awarded annually to one resident of the New England states to attend the American Brewers Guild’s Intensive Brewing Science and Engineering (ISB&E) course tuition free. The course concludes with one week of residency at Drop-In Brewing featuring hands-on demonstrations of brewing, cellaring, and laboratory operations.

Noonan was a lecturer at the American Brewers Guild; writer of several brewing books, including New Brewing Lager Beer: The Most Comprehensive Book for Home – and Microbrewers, Scotch Ale, and the Seven Barrel Brewery Brewers’ Handbook; and owner and brewmaster of the Vermont Pub and Brewery in Burlington, VT.

Idle Hands Lead Brewer Brett Bauer (2014) and Springdale Barrel Master and brewer Matt Cohen (2015) were recipients of the Greg Noonan scholarship, so both breweries saw this collaboration as a way to support the scholarship and pay it forward to future generations of New England brewers.

Jack’s Abby Craft Lagers has been brewing world class lager using traditional German standards and American innovation since 2011. Founded by three brothers, Jack, Eric, and Sam Hendler, Jack’s Abby has become a mainstay of the craft brewing scene in the Northeast and nationwide. Brewing lager, and only lager, has allowed American consumers to celebrate the rich history of German brewers and expand their palettes at the same time. Jack’s Abby challenges the idea that American lager belongs to macro brewers, elevating its position in the craft beer marketplace.

In 2016, the team founded Springdale as the experimental and barrel-aging arm of Jack’s Abby Brewing. With curiosity and creativity, ales, IPAs, wilds and barrel-aged beers make up the core of Springdale’s portfolio.