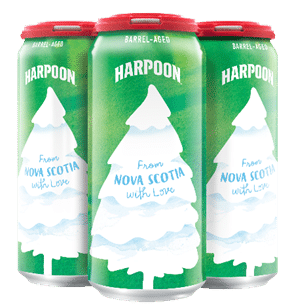 PRESS RELEASE / December 1, 2020 (Boston, MA) – While some Christmas trees are making waves for looking a little too much like 2020, Harpoon is celebrating more traditional trees of yesteryear (and their history) with a new beer: From Nova Scotia With Love.

From Nova Scotia With Love was created in collaboration with Nova Scotia’s Big Spruce Brewing to celebrate the history of the province’s annual gifting of Boston’s official Christmas tree – provided each year as a “thank you” to the people of Boston for their quick aid after the devastating Halifax Explosion on December 6, 1917. 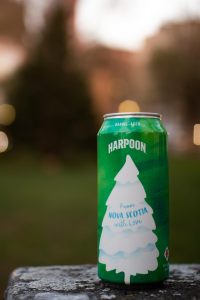 To honor this tradition and the deep bond between these two regions, Harpoon created this abbey-style ale with the help of Big Spruce. Brewed with oak and cherrywood smoked malts, a touch of spruce tips, and aged in Glen Breton Single Malt Canadian Whiskey barrels, this beer comes in at a warming 9.0% ABV. It is layered with notes of dried fruit, vanilla, wood smoke, and caramel, making it the perfect drink to sip on as you’re hanging twinkling lights and ornaments while listening to your favorite carols by the fire. Harpoon even produced a special video to mark the occasion, which you will find here.

This new seasonal offering is available beginning December 3rd for the holiday season.

The Harpoon Brewery was founded in 1986 by beer lovers who wanted more and better beer options. When the Brewery was founded, Harpoon was issued Brewing Permit #001 by the Commonwealth of Massachusetts, since it was the first to brew commercially in Bostonafter a dormant period of about 25 years. Since then, it has expanded to a second brewery in Windsor, VT. Harpoon’s line of craft beer features its award-winning IPA and seasonal beers, along with special limited releases. In 2014, Harpoon became an employee-owned company.