38 Things That Happened in Craft Beer, Around Here – 2019 in Review 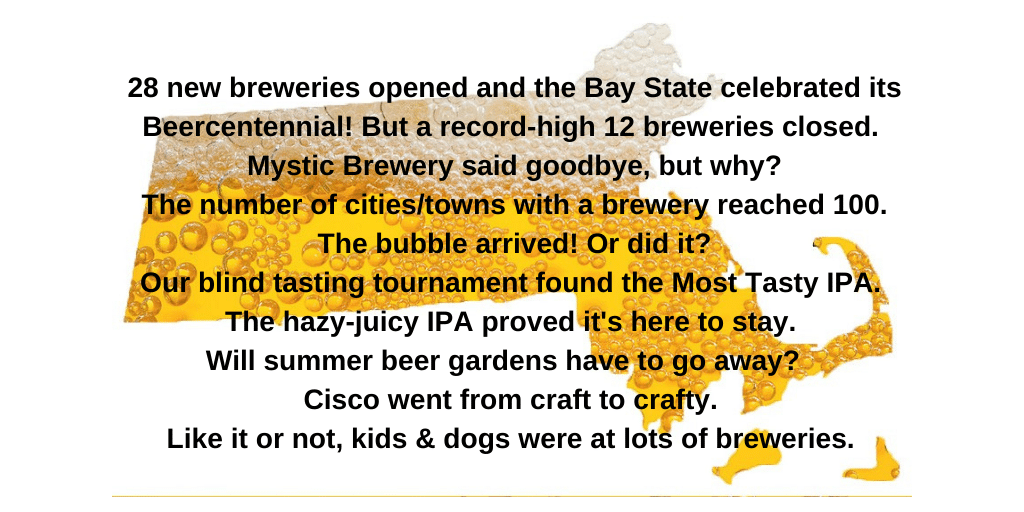 Another year of craft beer is in the books, and here in Massachusetts it was a doozy. We thought it might be fun to look back at some of the most notable highlights, including the good, the bad, and the ugly. So here goes: our take on 38 things that happened in craft beer, around here, and what we make of it.