You’ll Never Guess Who Won Our March Madness Style Blind Tasting of NE IPAs, Because You Probably Haven’t Heard of Them 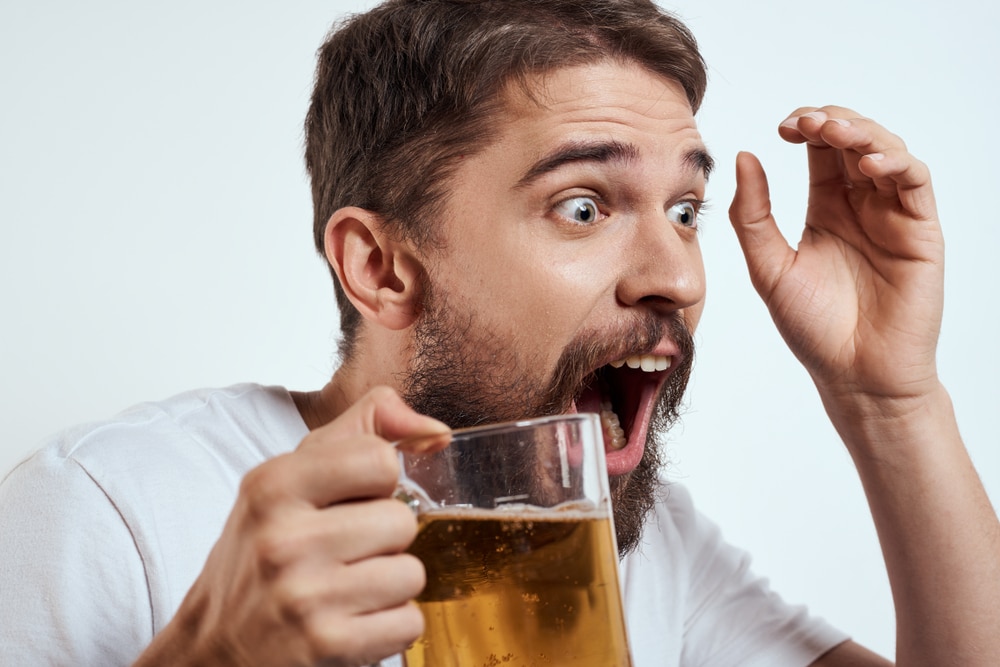 If there’s one thing we’ve learned during our series of blind tastings over the last year or so, it’s this: when you remove preconceived notions and marketing hype and cut right to the chase, in this case taste, the results are often surprising. Our most recent experience, a bracketed March Madness style blind tasting of 20 Massachusetts NE IPAs, was no exception. In fact, the outcome this time was nothing short of astounding.

On St. Patrick’s Day, while most people were stumbling from pub to pub drinking green beer, we welcomed a panel of 16 esteemed tasters (brewers, bloggers, beer geeks,  social media celebrities and even a few BJCP certified judges) from all over the state to join us at Craft Beer Cellar in Belmont. Once there, they sniffed, sipped, and sampled their way through an ultra-competitive field of 20 mostly hazy, hoppy offerings and ultimately crowned one champion. As always, CBC co-founders Suzanne Schalow and Kate Baker welcomed us with open arms, shared their beer love, and executed hosting duties flawlessly.

To help prevent palate fatigue, we split the panel into four groups (each representing one of the state’s four regions), then had them select one winner from the five beers they tasted in the first round, which included a play/taste-in game. Once we had our Final Four, the eight tasters on each side of the bracket tasted their two semi-finalist beers and selected a finalist. For the championship match up, all 16 tasters weighed in on the remaining two beers. If all this sounds a bit confusing, you can check out the the bracket results below.

We’ll tell you what beers were in the tasting (be issured it included many of the bigwigs), and get to the ultimate winner of the event in a minute. Before we do, let us briefly highlight our two big takeaways. First: the number of local breweries, and even home brewers, that are now mastering the “Juicy or Hazy” style (now officially recognized by the BA) has grown by leaps and bounds. Second: on any given brew day, many of them are capable of brewing a batch that will knock your socks off. 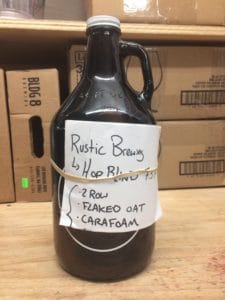 In the West Region, “Hop Blind” from relatively unknown brewery-in-planning Rustic Brewing narrowly defeated “Cloud Candy” from contract brewer Mighty Squirrel in that region’s play/taste-in game. Rustic then pulled off a surprise victory against regional favorite “Jess” from Amherst Brewing. In the regional final, Rustic solidified its status as upset specialist by knocking off “ISO 7” from upstart Vanished Valley, who was a winner over Brewmaster Jack’s “Hoppiness Is A Warm Pun” in the region’s other first round match-up.

The Central Region was also full of surprises, none bigger than “Greylock” from Greater Good Imperial Brewing upending top-seeded “Julius” from Tree House in a shocking first-round result. On the other side of the bracket, “Cat’s Meow” from Exhibit ‘A’ Brewing emerged victorious against “Wally Juice” from Wachusett Brewing. Exhibit ‘A’ then took out Greater Good to claim a spot in the Final Four.

Arguably the closest first-round match up of the day pitted “Bam Bam” from Barrel House Z against Sam Adams and it’s “New England IPA” in the Southeast Region. Still knotted after regulation, Sam Adams eventually escaped with an overtime victory. The region’s easy winner, however, was “DDH Melcher Street” from top-seeded Trillium, who beat “Invisible Airwaves” from brewery-in-planning Stellwagen before besting Sam Adams in the regional final.

True to form, the North versus South semi-final was somewhat predictable, with favored Trillium advancing past Idle Hands to claim a spot in the title game. In the West versus Central contest, Rustic continued its miraculous run with a convincing victory over Exhibit ‘A’ to set up an unforgettable championship game.

Much to the surprise of our tasting panel, and in what can only be described as a fairy tale ending, the heralded home brewer came through with its fifth and final upset of the day, edging its highly-favored opponent 9 to 7, to win the inaugural March Madness Blind Taste Test of Massachusetts NE IPAs. So good that even the servers snuck a taste, what most impressed tasters were its hazy appearance, grassy-floral aroma, luxurious mouthfeel, and hoppy citrus flavor.

Click to expand the image above and get a closer look at how the bracket played out.

To be clear, none of the tasters knew which beers were in the tournament, or what region they had been placed in, before our Big Reveal at the end of the event. Most were shocked to learn that the winner wasn’t one of the well known commercial breweries. “I was blown away and impressed that the final winner was a homebrew,” said Bethany Baker, one of the tasters. Another, Zack Rothman, added: “I was amazed by the great beers that local homebrewers made. This tasting really opened my eyes and showed how much of an impact branding and hype can sometimes have on our perception of a beer.”

Many tasters were also struck by the range in appearance, aroma and taste among the 20 beers. “What fascinated me was how diverse this style truly is,” said Tyler Cameron. “The experience drove home the point that the style is much more than hazy hop juice,” said Greg Desrosiers, adding ” it was great to take away the labels and the hype and let the beer do the talking.” Isaac Boucher agreed, observing that “while it was exciting to see some of the hazier, juicier beers when they came out, it didn’t always translate into an enjoyable drinking experience.”

And ultimately, that’s what blind tastings are all about: finding out which beers, minus any hype or presumption, translate into enjoyable drinking experiences. Our contention is that there are far more of them out there than you’re led to believe. Instead of relying on beer ratings sites or apps, go do your own blind tasting, of whatever style you like, and trust your palate to reveal what your favorite beers really are.