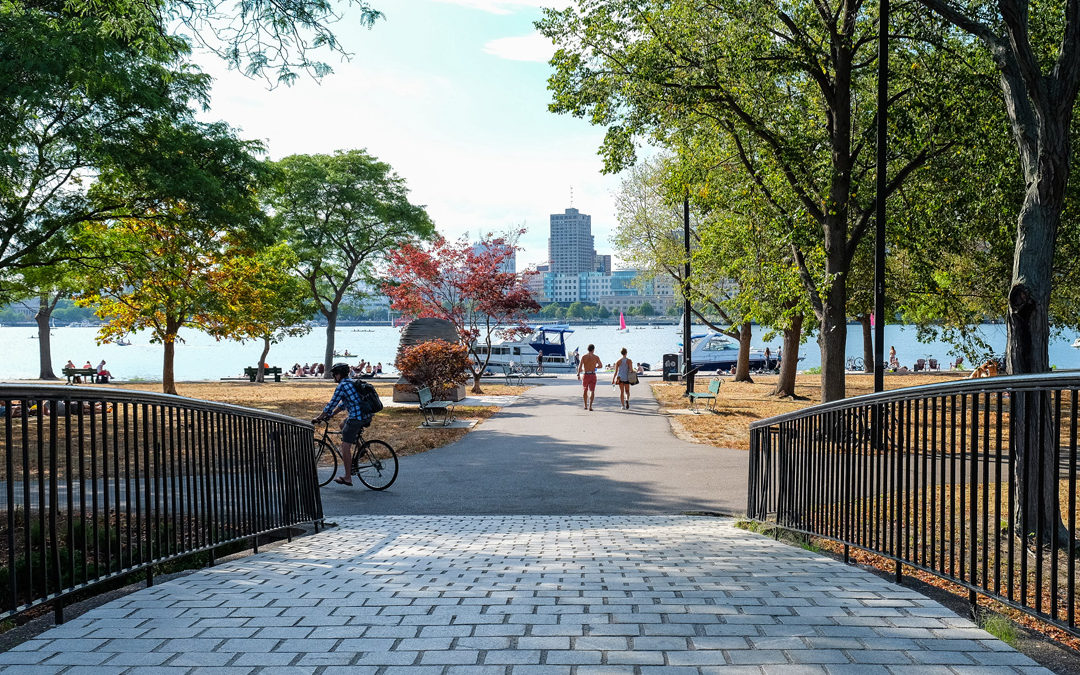 It just keeps getting better for Boston craft beer drinkers. After a steady stream of spring announcements for seasonal pop-up beer gardens around the city, we’ve discovered that two more outdoor venues will be joining in the fun, possibly by the end of this month. And get this: they’ll both offer sunset views over one of the area’s most iconic bodies of water.

The Department of Conservation & Recreation (DCR), a government agency that manages state parks and oversees more than 450,000 acres throughout the state, is in the process of accepting proposals for two seasonal beer gardens along the Charles River Reservation: one on the Esplanade, and another in Brighton.

The former will open at Storrow Memorial Embankment Park, on the outer bank of the lagoon between Fairfield Street and Dartmouth Street. The latter will be at Christian A. Herter Park, located on Soldiers Field Road across from Harvard Stadium Gate 14. Plans are for the operators at both locations to arrange for food trucks, be open four days per week, and acquire special use permits to pour pints from late June to early October. Suggested hours of operation are Thursday and Friday from 4:00 to 9:00, and weekends from noon to 8:00.

“With beer gardens on the Greenway, at City Hall Plaza, and even on Mass. DOT property, we asked the DCR ‘why everybody but us’,” explained Mike Nichols, Executive Director of the Esplanade Association, who last year led the process of bringing Trillium’s beer garden to the Greenway. “Who wouldn’t jump at the opportunity to sit and watch a sunset over the Charles while drinking a local craft beer? Talk about a perfect night in Boston.”

It might also be a perfect opportunity for the Esplanade Association, a private non-profit group whose goal is to revitalize and enhance the park’s green space and community, to create a revenue stream that will help it fulfill its goals. “We’re hoping to achieve four things,” said Nichols: “provide a high quality experience featuring local beverages and food, create a thoughtful esthetic design that fits with our historic park, have an operations plan that protects and preserves the area, and create a revenue stream dedicated to the supporting the Esplanade.”

To ensure that the beer gardens are family-friendly, the DCR will oblige operators to create a fenced area separate from the rest of the park, require wrist bands or stamps to those 21+ for entry, provide portable restrooms, and comply with all alcohol licensing requirements such as hiring TIPS certified servers and if necessary, a police detail.

The brewery or breweries awarded the contract will be obligated to pay the DCR at least one dollar for every drink they sell (though it is likely to be more), but with the Charles River parklands attracting more than a million visitors annually any agreement is likely to be lucrative enough for both parties to find it worthwhile. Not surprisingly, there’s been wide interest on the part of local breweries, several of whom attended group site visits at the two locations last Wednesday. It’s safe to assume that nearly every brewery who has’t announced their own beer garden yet is likely to be interested.

The number of seasonal pop-up beer gardens in and around Boston will reach double digits, up from just five last year, if both the proposed DCR sites are filled. We’re tracking one other Metro area beer garden proposal that would debut around the same time as the two on the Charles. Stay tuned.