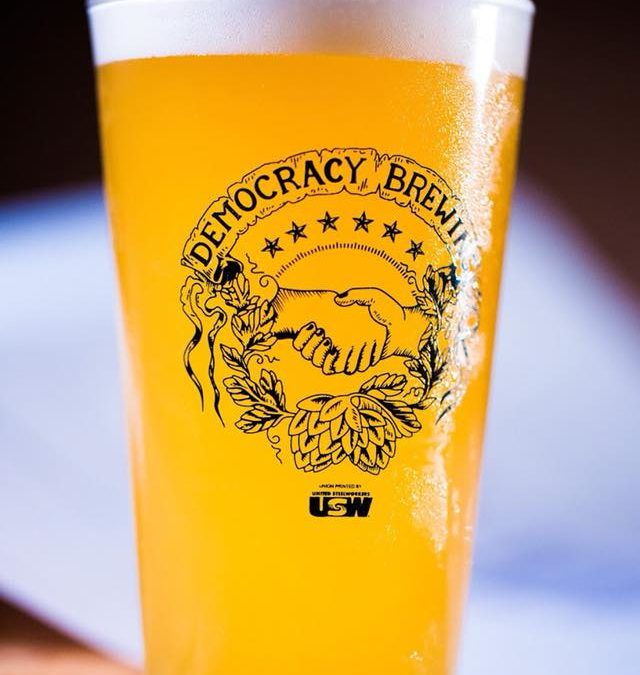 Move over Sam Adams, Boston will soon have another patriotic brewery

After more than two years of planning, fundraising, and construction, the city’s first worker-owned and democratically run brewery is nearing a debut, and just in time for Independence Day. If all goes according to plan, the micro brewery, kitchen, and German style beer hall located at 35 Temple Place in Downtown Crossing will hold a series of soft openings in the coming weeks before welcoming the general public on that most patriotic of holidays, the 4th of July.

The brainchild of James Razsa, formerly a community organizer with a passion for economic justice, he concocted the idea while working at a fair-trade coffee co-op five years ago. A short time later he started learning the craft brewery ropes as a beer slinger for community focused Aeronaut Brewing in their Somerville taproom. He followed that up with an internship at John Harvard’s in Cambridge where he met Jason Taggart, the pub’s head brewer. The two hit it off, and when Razsa shared his idea of opening the area’s first cooperative brewery, a partnership was born.

After officially launching the venture nearly two years ago, the pair has mostly focused their efforts on developing a business plan, raising funds, and overseeing construction, but now comes the fun part: unveiling their self-described traditional public house and welcoming the local community into it. “We want it to be a gathering place for people who live and work in the neighborhood,” says Razsa. “And we also want it to be known as a spot for great food and great beer.” 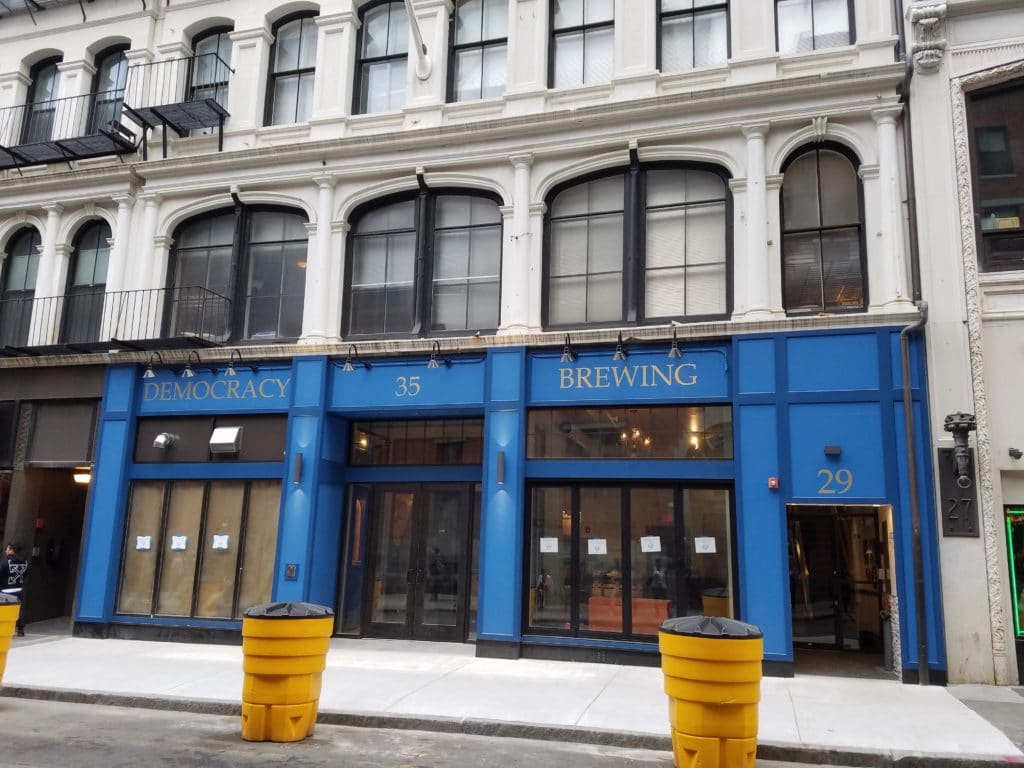 To accomplish the former, their hope is to fill the 3,600-square foot beer hall, which seats 150 and accommodates just over 200 guests, by offering a variety of live music acts, hosting trivia, and even screening documentaries from local filmmakers. As for the latter, head chef Ben Waxler will offer unique and tasty menu items like pizza bagels, hand pies, and Portuguese fish stew, alongside standard pub fare such as salads, burgers and sandwiches.

To wash it down, Taggart will churn out flagships including Fighting 54th Farmhouse Ale, Suffregate Pale Ale, and Consumate Rioter IPA. Once he’s broken the brewhouse in a bit, he’ll turn his attention toward additional styles and other exciting stuff, like a Brown IPA he plans to brew to benefit Ales for ALS and even some barrel-aged goodies. Taggart also plans to have brewer’s dinners where he’ll pair specific beers with particular menu items, and to test out a number of experimental recipes by soliciting feedback from regulars. He even plans to brew a house cider once they get through that separate licensing process. 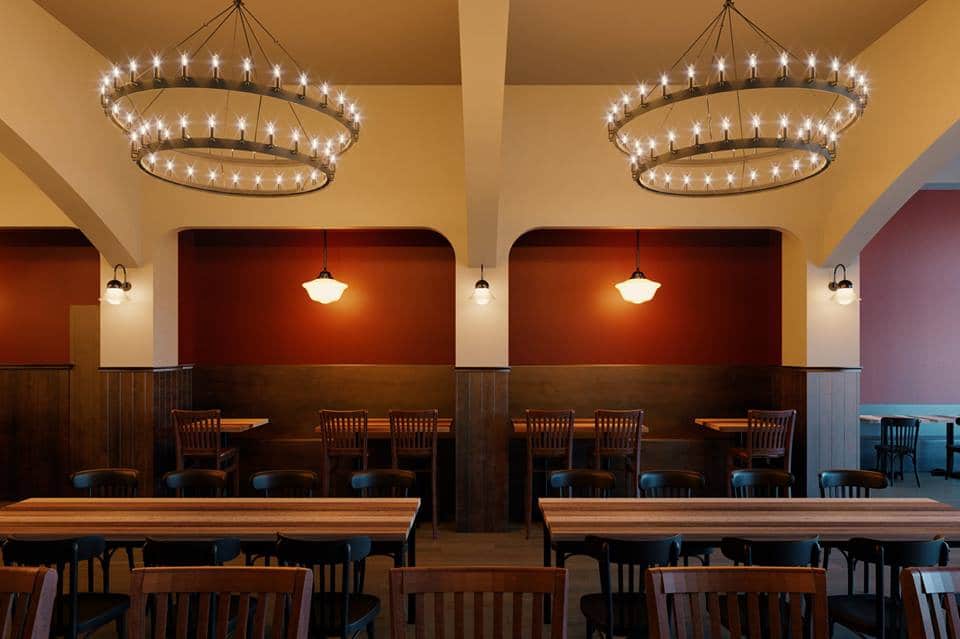 Communal tables and carved out banquets with bench seating are just some of the features that will give Democracy Brewing the authentic feel of a traditional public house.

Whichever you go there for, the food, the beer, or the events, expect to sidle up with your fellow patrons and strike up a conversation at the communal tables, or perhaps at the nearly 40-foot long bar. There’s also a 40-seat function room with its own bar to accommodate private events or provide additional seating during busy hours. If you want to get cozy with a group of friends, or maybe even some strangers, head for one of the beer hall’s coolest features located at the far end of the bar. There you’ll find a small, enclosed room designed in the vain of a traditional Irish Snug, featuring its own window for bartenders to pass drinks through to the 10 or 12 guests crowded inside.

Democracy Brewing’s slogan claims they’re “fermenting a rebellion,” but an employee-owned public house with a focus on making great beer and serving the community is something every Bostonian can agree on, regardless of political persuasion.