“The Great Mass Collab” Debuts in Worcester this September 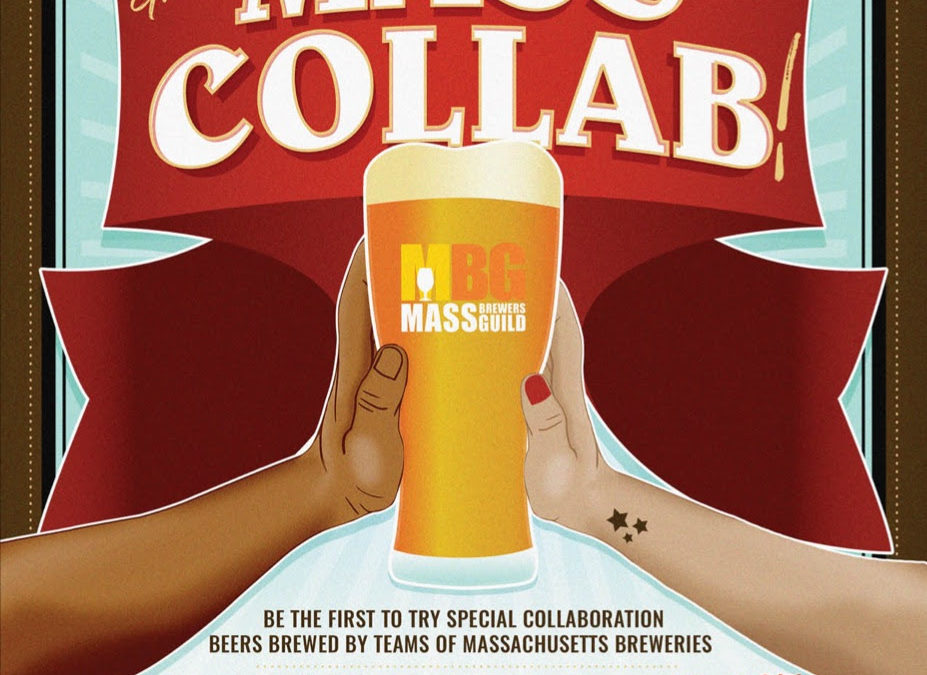 This is the third consecutive year that the Mass Brewers Guild has hosted a beer festival in Worcester. Organizers wanted to offer a unique twist for craft beer lovers and attendees this year by asking participating breweries to bring a collab.

“This festival will be a true showcase and blend of our talented craft beer community,” says Katie Stinchon, executive director of the Mass Brewers Guild. “We’ve asked our breweries to team up with a fellow craft brewer from across the state, or in their neighborhood, brew a special beer together and debut that beer at The Great Mass Collab. We have 16 different collaboration beers being featured at this event to date, and the list keeps growing.”

Cambridge Brewing Co.,  is brewing two collaboration beers for this event one with Wormtown Brewery to make an I.P.L. (India Pale Lager) with Pilsner and Vienna malts and an experimental hop variety from South Africa currently known only as XJ A2/436 and a second with Redemption Rock Brewery to make an IPA called Ultimate Frisbie Hoar. It’s named after an ancestor of CBC’s Head Brewer Alex Swensen, who was a prominent lawyer and politician in Worcester and who served in both houses of Congress.

Saltbox Brewery and Bone Up Brewing Co., are brewing up a farmhouse ale with honey and muskmelon grown at Saltbox farm and Big Elm, The People’s Pint, and Brew Practitioners are planning a festbier with Four Star Hops, Turner Hill Malt, and Valley Malt.

A list of all the beers featured at the The Great Mass Collab will be available in the coming weeks through the Mass Brewers Guild’s mobile app, Mass Craft Beer. Tickets are $45 for general admission and $10 for designated drivers. General admission includes unlimited beer samples from participating breweries. For a complete list of featured breweries, visit masscollab19.eventbrite.com

The Mass Brewers Guild is a membership based trade association that works to protect and promote the interests of Massachusetts craft brewers. Its festivals are the only beer events run by brewers for brewers — with all proceeds benefitting the craft beer community to provide resources, education and government affairs support. Last year, the event raised $17,000 for the nonprofit.

“We are excited to continue to grow this signature event in the heart of the Commonwealth and are grateful for all the support we’ve received from the city of Worcester and Discover Central Mass,” says Stinchon.

Founded in 2007 by a group of committed and passionate brewers, the Mass Brewers Guild, is organized for the purposes of promoting craft brewing and protecting the interests of craft brewers across the Commonwealth. The association is membership based and open to all Massachusetts breweries licensed by the federal Tax and Trade Bureau and the Commonwealth’s Alcoholic Beverages Control Commission. The nonprofit creates a community of brewers while shining light on the broad range of breweries and styles offered throughout state.Through industry and educational events, its mobile application beer trail map, and by providing resources and marketing support to brewers, the nonprofit works to highlight Massachusetts as a top travel destination for craft beer in the U.S. The board of directors also continues its work at the legislative level, fighting for license and franchise law reform, and serving as the voice of craft brewers on Beacon Hill. The Massachusetts Brewers Guild is a 501(c)6 not-for-profit corporation.