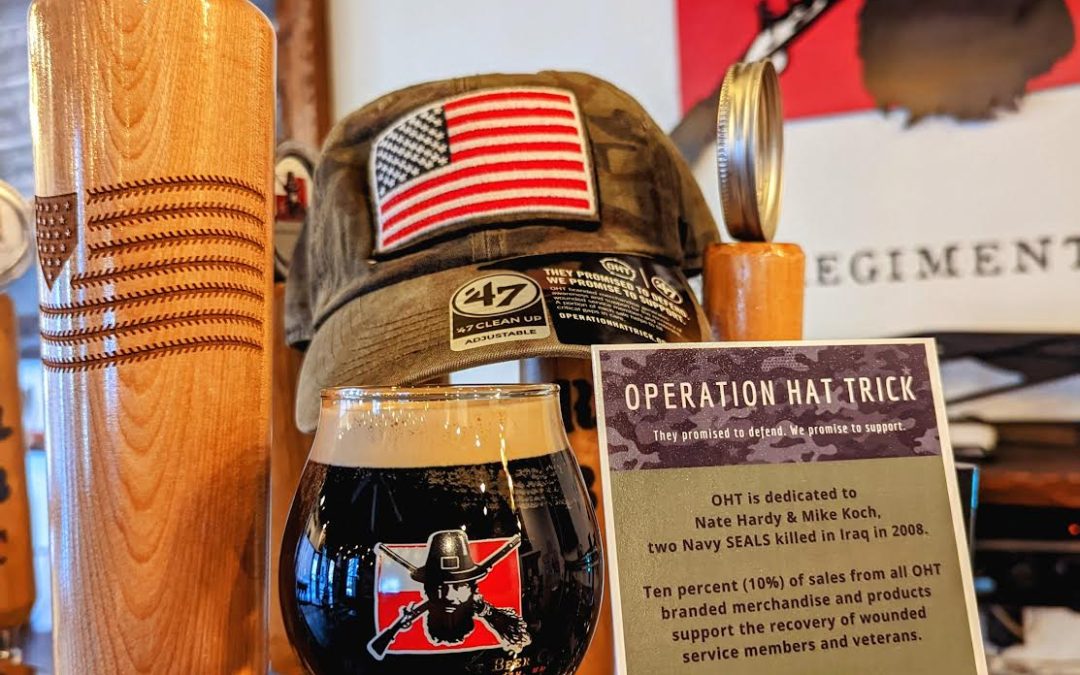 PRESS RELEASE / December 2, 2022 – (Norfolk, VA, San Diego, CA, Salem,MA, Hampton, NH) – Three Veteran- owned breweries from across the country have partnered up to raise awareness and support a cause close to their hearts: Operation Hat Trick.

“This collaboration is very personal for me, Nate Hardy, and Mike Koch were two of my close friends. OHT honors both Nate and Mike through their charitable work. Everyone wants to do something to help our Veterans as they struggle with both visible and invisible wounds of war. Operation Hat Trick makes this support as easy as purchasing a hat that also supports your favorite College team. I wanted to do something to help OHT&#39;s mission and Honor Nate and Mike. After one of our traditional holiday correspondences, with Dot and the Hardy family, I decided to try to organize a Craft Beer collaboration that would both raise money but also awareness of OHT. I also thought it only fitting that the Collaboration had to be between NAVY SEAL Owned Craft Breweries, and I thought that making it a Hat Trick Collaboration of three breweries was even better. So the next thing I did was to reach out to Scott and Sean, Between the Three of our breweries, I felt that we would be able to expand the visibility of OHT from Norfolk, VA to San Diego, CA, and Back to Salem MA.” – Michael Stacks, Owner of The Bold Mariner Brewing Co.

The Bold Mariner Brewing Co. (Norfolk, VA), Protector Brewery (San Diego, CA), and East Regiment Beer Company (Salem, MA) will each brew “Brewing Memories, Crafting Support” in support of Operation Hat Trick. All three breweries agreed to brew the same recipe on or around the same day and then release the beer in their respective tasting rooms. The Breweries will then donate a portion of the sales to OHT. 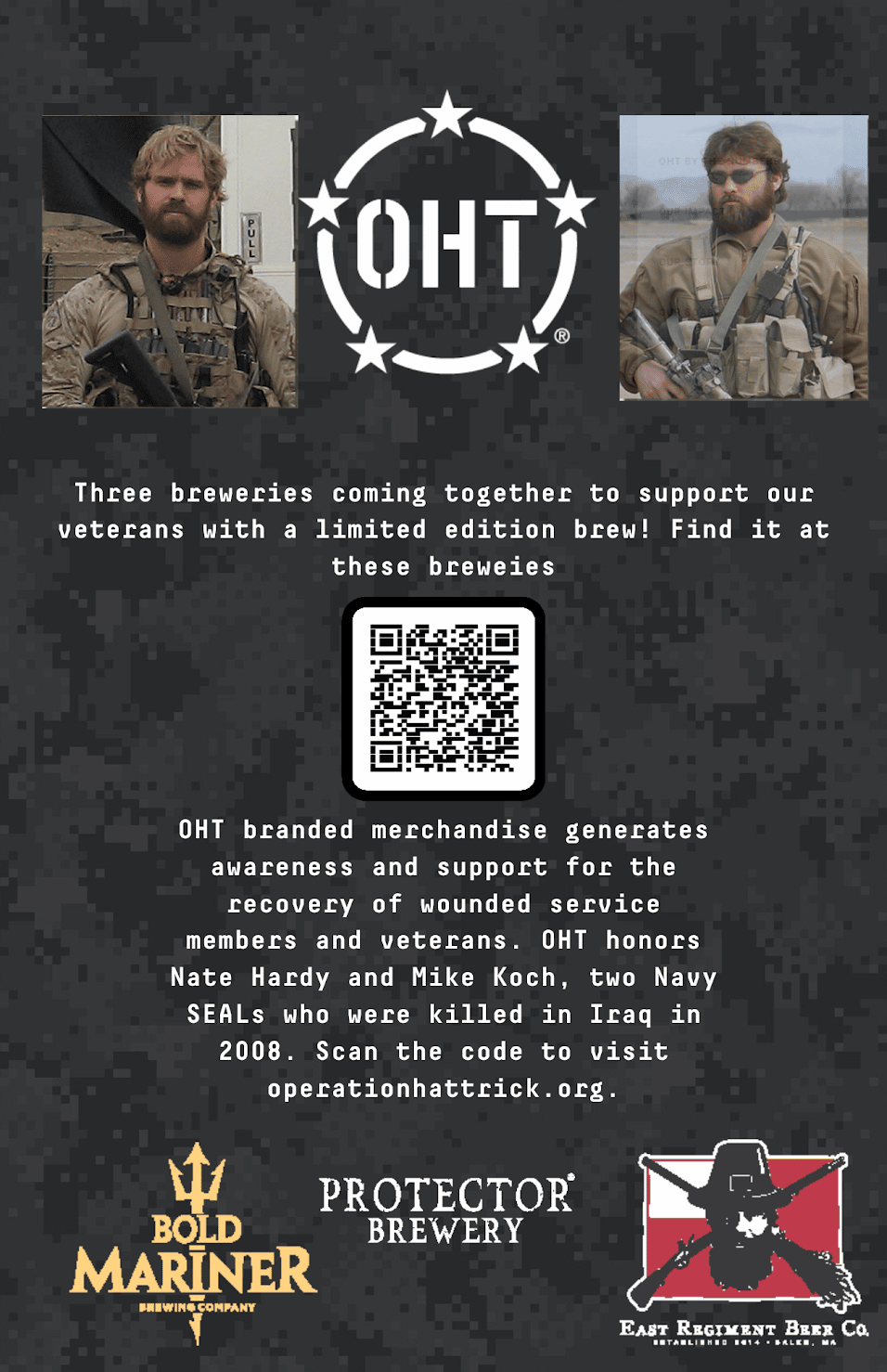 The OHT mission is to generate awareness and support for the recovery of wounded service members and veterans through the sale of OHT-branded merchandise and products, proceeds of which are donated to selected organizations that fulfill the OHT mission. OHT is dedicated to American service members as they recover from the visible and invisible wounds of war. We help them move past the traumas of battle so they can focus on their lives and families at home.

“OHT is dedicated to American service members as they recover from the visible and invisible wounds of war,” says Dot Sheehan, Founder, and CEO of OHT. “We help them move past the traumas of battle so they can focus on their lives and families at home. Dedicated to Navy SEALS Nate Hardy and Mike Koch, OHT fills some critical gaps in care that other organizations don’t provide for. We are honored to partner with these 3 breweries-together we are making a difference.”

“We are thrilled to collaborate on a beer that honors both Nate Hardy and Mike Koch with fellow teammates at Bold Mariner Brewing Co. &; East Regiment Beer Co.! Mike Stacks at Bold Mariner and Scott Perry at East Regiment Beer Co. have done an incredible job crafting this Baltic Porter collaboration and we couldn&#39;t be more honored to be a part of this great cause. This collaboration goes even further &amp; partners with a great charity called Operation Hat Trick (OHT). OHT has been a huge contributor to this collaborative effort and they give great support through their charitable work (please check out their website https://operationhattrick.org/). Once we release this collaboration, we will be donating to OHT and encourage all patriots to see the great work OHT is doing. Protector backs any and all who have served our country. So, looking forward to spreading the good word on what OHT does, as well as the great beer being produced by fellow SEAL-owned breweries; Bold Mariner & East Regiment!” – Sean Haggerty Founder, President, & Head Brewer of Protector Brewery. 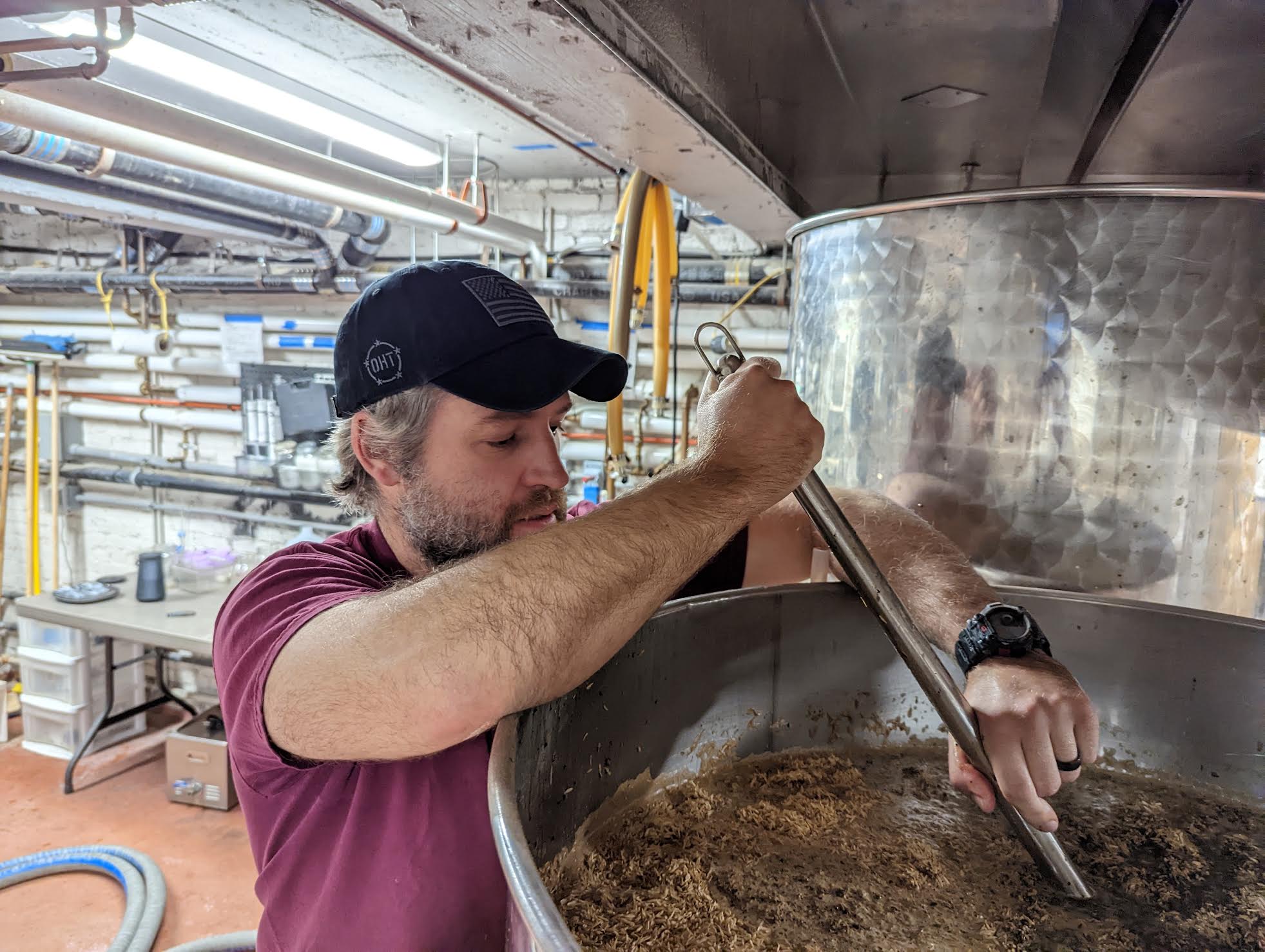 East Regiment is a nano Brewery located in Salem, MA founded by Scott Perry ( Navy Vet.) and Joshua Engdahl (Merchant Marine). The two hand-built their brew equipment and handcraft ales and lagers in the oldest firehouse in Salem, MA. Perry, a former SEAL worked with Mike Stacks of Bold Mariner in a training cell before leaving the Navy to start East Regiment. During that time Perry learned a good bit of the commercial brewing side from volunteering at Bold Mariner.

“It’s an Honor to take part in this collab with Bold Mariner and Protector. I did not know Nate or Mike personally however their legacy was widespread throughout the teams. We hear and share stories of our teammates who have gone before us upholding our ethos and reputation so it’s a big deal for me to contribute to this collab with OHT, which is dedicated to these two fellow SEALS. It&#39;s also icing on the cake to help contribute to the causes that OHT supports, helping out our fellow brothers and sisters in need.” – Scott Perry Co-Owner of East Regiment Beer Co.

Customers looking to purchase the collaboration beer, “Brewing Memories, Crafting Support”, are encouraged to visit the participating brewery in their area.