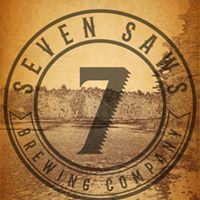 Seven Saws Brewing, a nano production brewery in Holden that we wrote about back in December, has announced plans to open a tasting room. They currently operate out of a speakeasy style basement space they call “The Lab” in the lower level of a dentist’s office owned by one of the co-founders, and sell their beer on tap at the popular Specialty Sandwich Co. Bar & Grill downtown. Starting Memorial Day weekend, however, the plan is to be serving flights (four 5-ounce pours) and selling growlers out of their new space at 1148 Main Street.

The new tasting room for Seven Saws Brewing in Holden will be a community space where the co-founders can share their beer with their hometown community.

Having already received permission from the town, and depending on how well they can keep up with demand for their beer, they hope to have the tasting room open Thursday through Saturday, afternoon or early evening hours. To date, they’ve brewed more than a dozen recipes, including a Witbier, a Farmhouse Ale, and a number of IPAs. The plan is to have between five and eight offerings on tap at the tasting room.

For now, there won’t be any outside seating or on-site food available, but it’s something they may consider in the future as a way to help draw more locals downtown. “We’re invested in Holden,” co-founder Troy Milliken said in a story by Holden’s local newspaper, The Landmark. “We want to see Main Street develop and grow and we want to be a part of that.”