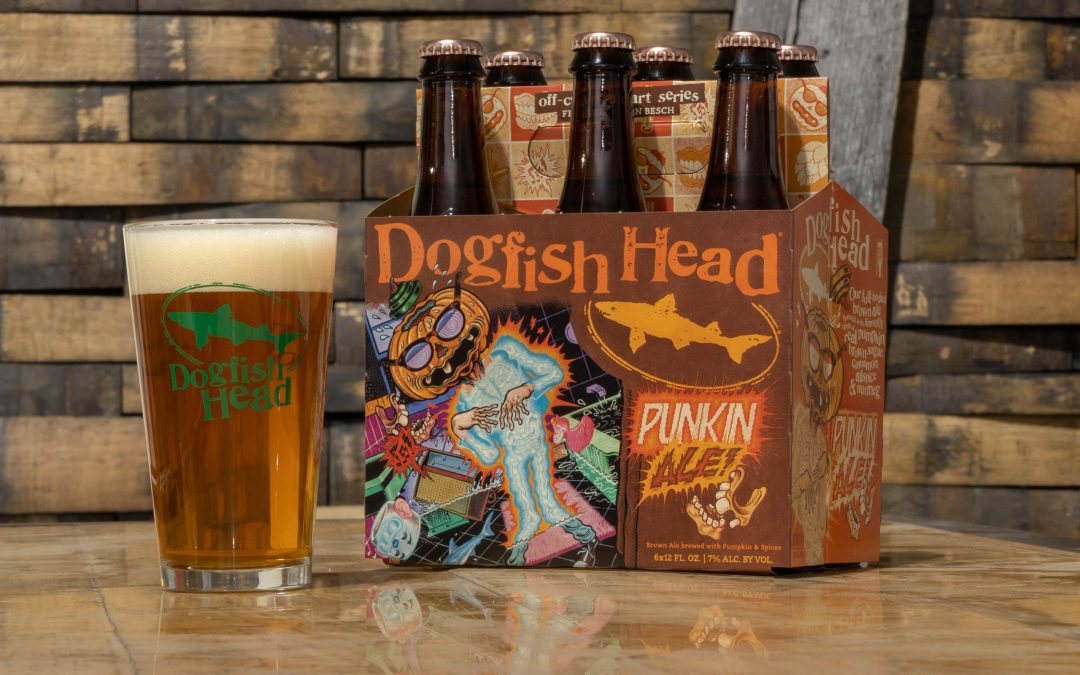 PRESS RELEASE / September 2, 2021 (Milton, DE) – Forget pumpkin-spiced lattes, 2021 is the year of pumpkin beer … and what better way to celebrate the season than with one of the country’s original and best-selling pumpkin-infused ales Dogfish Head announces the return of Punkin Ale, the brewery’s iconic, fall-favorite brown ale brewed with real pumpkin meat, brown sugar and spices. The perfect beer to warm up with as the weather cools, it is chock full of spicy notes of cinnamon, brown sugar and pumpkin, with enticing aromas of cinnamon, allspice and nutmeg. At 7.0% ABV,Punkin Ale is NOW available nationwide in 6pk/12oz bottles with limited-edition, glow-in-the-dark packaging. Get it while you can, folks!

“The annual return of our Punkin Ale is a seasonal ritual I always look forward to, way more than turning back the clock an hour … the spicy, earthy aromatics of this big brown ale and the reddish golden hue of the liquid itself looks and tastes like vibrant, autumnal foliage squeezed into your pint glass. It’s the perfect accompaniment for a hearty dinner or a sunset hike,” said Sam Calagione, Dogfish Head Founder & Brewer. “When I first homebrewed what is now Punkin Ale nearly 27 years ago, before the inception of Dogfish Head, I never imagined it would one day become a well-loved, seasonal staple for craft beer fans from coast-to-coast. Each year’s re-release is truly a heart-warming reminder of Dogfish Head’s off-centered journey.”

First brewed in 1994, Punkin Ale gets its name from a legendary east coast event, the World Championship of Punkin Chunkin. The event not only brought people from around the world together to see who could hurl a pumpkin the furthest, but it also featured a pumpkin-themed baking competition, in which Punkin Ale claimed first-prize. “It was actually kind of comical to watch my homebrewed pumpkin beer beat out all these beautiful, decadent pumpkin-themed desserts – cakes, pies, cookies and more,” said Sam. “I don’t think a beer had ever been entered into the contest, let alone been chosen as the winner … but folks were really diggin’ it, so I knew I was onto something!” 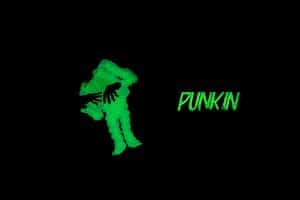 Dogfish Head’s Punkin Ale made its commercial debut in 1995 and it has been re-released every year since. Tried and true, the beer’s original recipe – to this day – remains unchanged, but as part of the brewery’sOff-Centered Art Series, Punkin Ale’s label artwork gets a yearly refresh. Highlighting the work of a different guest artist each year, Dogfish Head’s Off-Centered Art Series is an annual collection of four beers that celebrates the creativity found at the intersection of art and ales.

The lively lineup of label artwork seen throughout the brewery’s 2021 Off-Centered Art Series features the illustrative skills of Ryan Besch, a designer known for his more than 20+ years of work creating gig posters and vinyl art for notable names like Phish, the Black Keys, O.A.R. and more. Besch’s rendition of the Punkin Ale label sets an eerily exhilarating scene, as a comic book-esque character with a pumpkin for a head is electrified with the shockingly wonderful flavors of Dogfish Head’s Punkin Ale. For an even spookier experience, drinkers are encouraged to turn off the lights and watch as their 6pks are illuminated by glow-in-the-dark goodness.

Dogfish Head has proudly focused on brewing beers with culinary ingredients outside the Reinheitsgebot since the day it opened as the smallest American craft brewery nearly 25 years ago.Dogfish Head has grown into a top-20 craft brewery and won numerous awards throughout the years, includingWine Enthusiast’s 2015 Brewery of the Year and the James Beard Foundation Award for 2017 Outstanding Wine, Spirits, or Beer Professional. A Delaware-based brand withDogfish Head Brewings & Eats, an off-centered brewpub and distillery,Chesapeake & Maine, Dogfish Head’s seafood and cocktail spot, Dogfish Inn, a beer-themed inn on the harbor, andDogfish Head Craft Brewery, a production brewery and distillery featuring theTasting Room & Kitchen and Dogfish Head Distilling Co., Dogfish Head is a supporter of theIndependent Craft Brewing Seal, the definitive icon for American craft breweries to identify themselves to be independently-owned and carry the torch of transparency, brewing innovation and the freedom of choice originally forged by brewing community pioneers. Dogfish Head currently sells beer in all 50 states and Washington D.C.