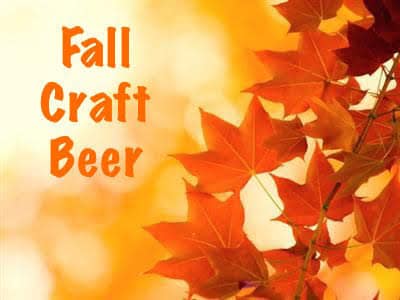 Try These Beer Styles Before Having A Pumpkin Ale

Don’t look now, but Shipyard Pumpkinhead has already hit package store shelves. And it won’t be long before dozens of other breweries start flooding the beer aisles with their gourd-flavored offerings. Would’t it be nice if we could at least get through Oktoberfest first. Talk about season creep! Now don’t get us wrong, we love a good pumpkin ale as much as the next guy or gal, but not when it’s still beach weather. That’s why we’ve pledged (and we hope you join us) to steer clear of all halloween inspired beers until October. In the meantime, here are 23 Bay State beers, spanning six beer styles, that are actually in season.

Not long ago, most men cringed at the thought of fruit in their beer. These days it seems like every brewery has at least one FRUIT BEER option. Three worth trying include the newly released Blackberry Wheat from Merrimack Ales, the Key Lime White Ale from recently opened Bone Up Brewing in Everett, and Amherst Brewing’s Juicebox, a pale ale blended with freshly squeezed orange and grepefruit. 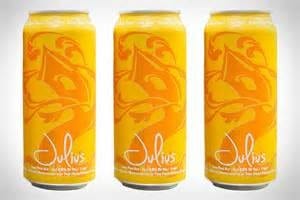 There’s also the JUICY IPA, all the rage among hopheads these days. That juicy mouth feel and fruity aroma indicative of the New England style has made Tree House and Trillium among the most sought after IPAs in the world.

If fruit in the beer just isn’t your thing than try a KOLSCH. Clean and crisp, it’s a classic German style that has gained traction among American brewers in recent years. Local options include Das Kolsch, recently added to Newburyport Brewing‘s year-round offerings, Rapscallion’s Green Light Kolsch style ale, or the Beer Works Kolsch, which can be found at all its locations.

You could even celebrate the unofficial end of summer this weekend by combining the two styles. For a modern twist on a classic style try the Clown Shoes Mango Kolsch,

Ease Into Autumn with Septembeers 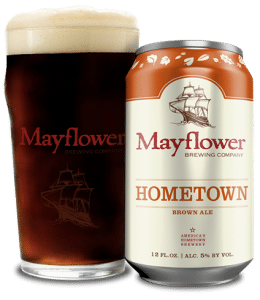 After Labor Day weekend has come and gone, we like to ease into Autumn with some of our favorite FALL SEASONAL releases. Sam Adams has a malty and complex Maple Ale, Harpoon is out with its first fall seasonal in 27 years, Flannel Friday, a hoppy amber,  and for something different and delicious head to Cambridge Brewing Company for their award-winning Heather Ale.

Though its not usually considered a seasonal beer, the often overlooked BROWN ALE seems like a natural for September in New England. One obvious choice is Slumbrew’s Attic & Eaves Toasted Brown Ale made from an assortment of roasted malts. Two other options are Mayflower Brewing’s Hometown Brown and Westfield River’s Brown Ale, brewed with a hint of local honey. 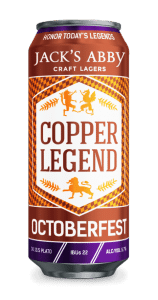 One of our favorite beer styles, with its malty backbone and dry finish, is a MARZEN or FESTBIER (also know as Oktoberfest). One of the fall’s great joys, no wonder it’s the featured beer for the world’s best-known and largest beer festival. The highly rated Copper Legend from Jack’s Abby will be available in cans this year, Blue Hills Brewery is out with an Imperial Octoberfest, and the latest in Wormtown‘s Mass. Produced Lagers series (featuring at least one ingredient grown here in the Bay State) is a classic Marzen style beer.

Finally, for those of you who’d just as soon give fall beers the Heisman (it is football season after all), Wachusett’s Bella Czech Pils will be available in six pack cans this year.