Your Party Gets Real With The Craft Beer Mobile 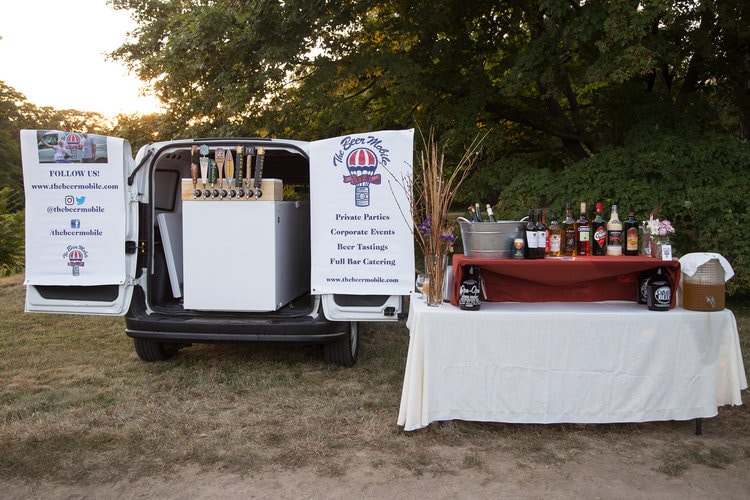 Like most of us, Corey Fletcher and Andy Li had been to their share of weddings where the beer selection just wasn’t up to parr: lite macro, something imported, maybe a Sam Adams seasonal – about as exciting as being dragged onto the ballroom floor to do the chicken dance. “We knew craft beer drinkers weren’t having their needs met at most weddings and special events,” says Li, “The Beer Mobile is the perfect way to accommodate them.”

The initial idea was to convert an old kegerator into a mobile tap system and then retrofit it for a vehicle. Eventually, it morphed into a tricked-out van that arrives at your celebration with 8-tap lines of your favorite local beer. “It’s basically a party on wheels,” says Fletcher, whose often the one pouring the beers and mixing specialty cocktails from its full bar. If you were at last weekend’s IronBound NorthShore Neighborhood block party in Lynn you might have seen it there, pouring pints of tasty local brews from Down The Road, Bent Water, and Idle Hands. 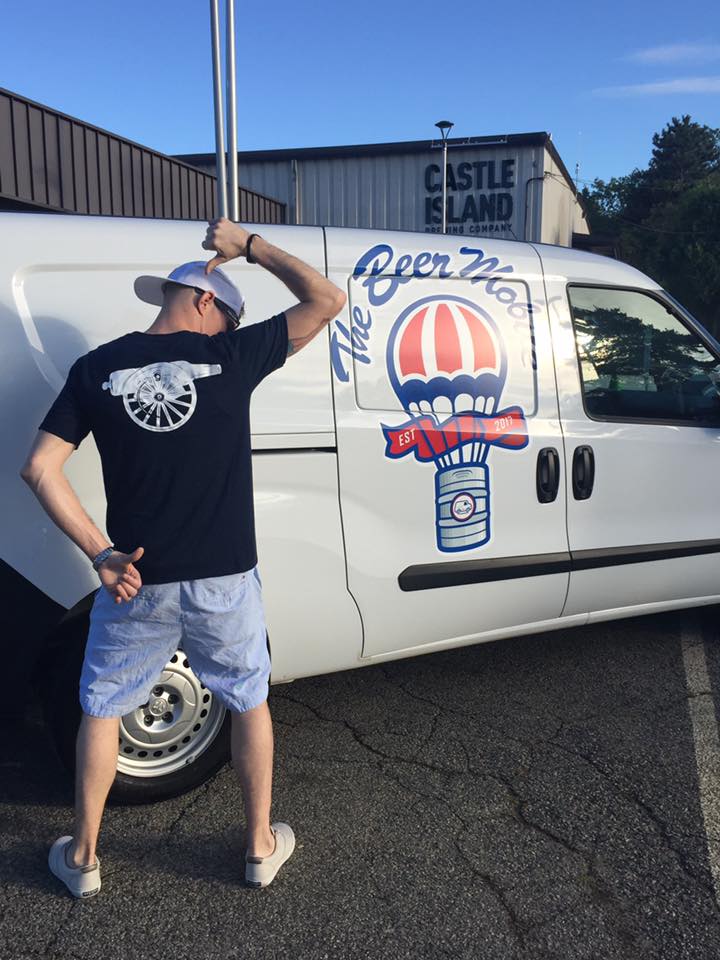 Up and running for less than a year, they’ve catered all kinds of events, from weddings to parties to festivals, says Li, who told us they’ll be pouring at a corn hole tournament next week. Typically the client puts together a wish list of specific beers or breweries, Li or Fletcher track down as many of them as they can (which sometimes means a special trip out to Tree House or Trillium), and then they pull a one-day permit from the city or town where the event will be held. Come party time, all the guests have to do is belly up to the Beer Mobile and say thank you sir may I have another.

Depending on the length of the event, the number of tap lines you want available, and of course the particular beer selections, the cost can run anywhere from $20 to $50 per person. That includes any special applications or permits necessary, as well as a TIPS certified bartender or beer server. Aside from a few of the bigger breweries, The Beer Mobile is the only game in town if you’re looking for a craft beer party on wheels. With college graduations, Father’s Day, and even the Fourth of July right around the corner, we’re betting some of you are.