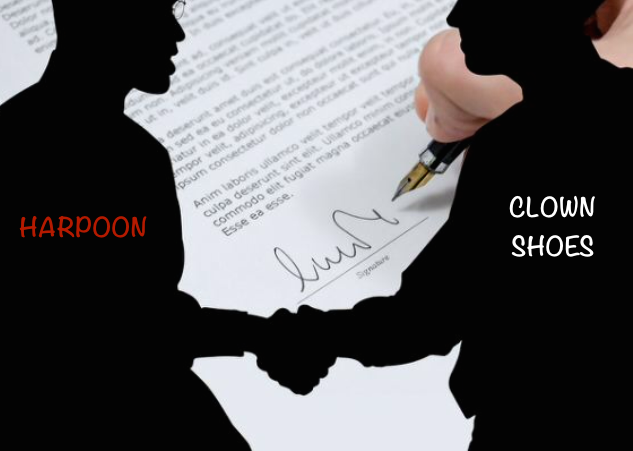 You’ve no doubt seen the headlines that “Clown Shoes Beer is Joining The Harpoon Family,”or phrased differently, “Clown Shoes is Acquired by Harpoon?!” Regardless of how you couch the news, it’s a fascinating turn of events that has our heads spinning with all kinds of questions, and not just about the two breweries involved in the merger. A year ago we speculated about Whether A Bay State Brewery Could Get Bought By Big Beer. But one local craft brewery buying another? Admittedly, that question never even crossed our minds.

“To be honest, we weren’t really looking,” Harpoon co-founder and CEO Dan Kenary told us yesterday in a phone conversation. “Our only other acquisition was buying the Catamount Brewery in Windsor, Vermont 17 years ago.” After meeting with Clown Shoes founder Gregg Berman, whose passion and vision impressed him, Kenary convened other higher ups in the company and reconsidered. “With our industry undergoing so much change, we asked ourselves “who do we want to be doing that change with over the next 5 or 10 years,” he explained. “When we thought about what the future might hold (likely more consolidation of local breweries he predicts), the deal started to make sense.”

From the perspective of Harpoon it’s an opportunity to address the elephant-in-the-room question: how can the 30-year old brewery continue to grow in the hyper local New England craft beer market? In acquiring the younger, edgier contract brewer, along with its divergent brand and beer style, New England’s largest brewery (Sam Adams produces most of its beer elsewhere) likely hopes to accomplish two things: (1) gain traction with the younger generation of beer drinkers who might see them more as “their father’s beer,” albeit we wish our fathers had been cool enough to drink craft two decades ago (2) capture 13,000 barrels worth of market share by absorbing and hopefully growing their former competitor’s brand. 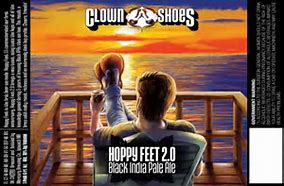 The region’s largest contract brewery just made it’s life a little easier. Look for their beer on tap in Harpoon’s beer hall in a few weeks.

For Clown Shoes, the move readily addresses their need for a taproom amidst the ever-growing popularity of consumers preferring to drink beer right at the source. Additionally, it gives them access to state-of-the-art brewing facilities, including a pilot system, while maintaining an ownership stake through Harpoon’s employee stock ownership plan (ESOP). All eight of its employees will be part of the deal. “To say we’re excited about the arrangement would be an understatement,” said Jim Ronemus, director of sales. “Everyone’s ecstatic.”

Love it or hate it, the first-of-its-kind deal for Massachusetts is likely to cause a number of interesting ripples within the local craft beer industry. For starters, the marketing might and expansive distribution network of the state’s largest brewer means you’ll likely see an influx of Clown Shoes beer on tap at bars and restaurants around the state. In the current ultra-competetive market, that could put the squeeze on some smaller brewers.

Then again, with the region’s largest contract brewer changing gears, that also creates some opportunities for smaller brewers. It’s safe to assume that Mercury Brewing, the contract brewing arm of Ipswich Ale Brewery, will have additional capacity now that the majority of Clown Shoes’ beer will be brewed in Boston and Windsor. That’s good news for existing contract brands looking to grow, and for would-be contract brewers looking to get a foot in the door (we couldn’t resist the pun).

One thing is for sure: a dynamic craft beer market such as the one we’re in right now makes for interesting times. Share your thoughts and burning questions in the comments section below. We’re headed over to Harpoon’s beer hall to see if we can get the first draft pull of Clown Shoes Space Cake. We’re joking of course, but they are on the brewing schedule for next Monday, so it shouldn’t be long before that will be a reality. Cheers