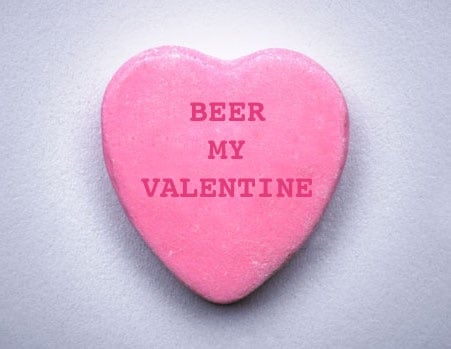 Rose are red, violets are blue, we love craft beer, and we know you do to. With that sentiment in mind, here are some Valentine’s Day ideas on how you can show your love and affection for local beer.

You can start by drinking Love and Affection at John Harvard’s Brewhouse in Framingham. Brewer Brian Flach will soon be moving on to another brewery, but he leaves this lovingly crafted, hazy, soft, 6.5% IPA made with “copious amounts of fruity Nelson Sauvin hops” behind as a love letter to fans of New England-style IPAs.

You’d be hard pressed to find a more appropriate beer on Valentine’s Day than Love Ale from the Martha’s Vineyard based Wash Ashore Beer Company. Named in honor of high school sweethearts and co-founders Chad and Michelle Verdi, it was originally called Boy Meets Girl. The inclusive-minded brewery later added can designs for Boy Meets Boy and Girl Meets Girl versions of the same beer. A portion of the proceeds are donated to organizations that support the LGBTQ community.

If you haven’t been to Brew Practitioners in Northampton yet, then grabbing a pre or post dinner drink is the perfect excuse. You’ll want to try the Pink Beer, a lemonade blonde ale with a pinkish color and light strawberry taste. The cozy taproom of this female-owned micro brewery is open from 5:00 to 10:00. 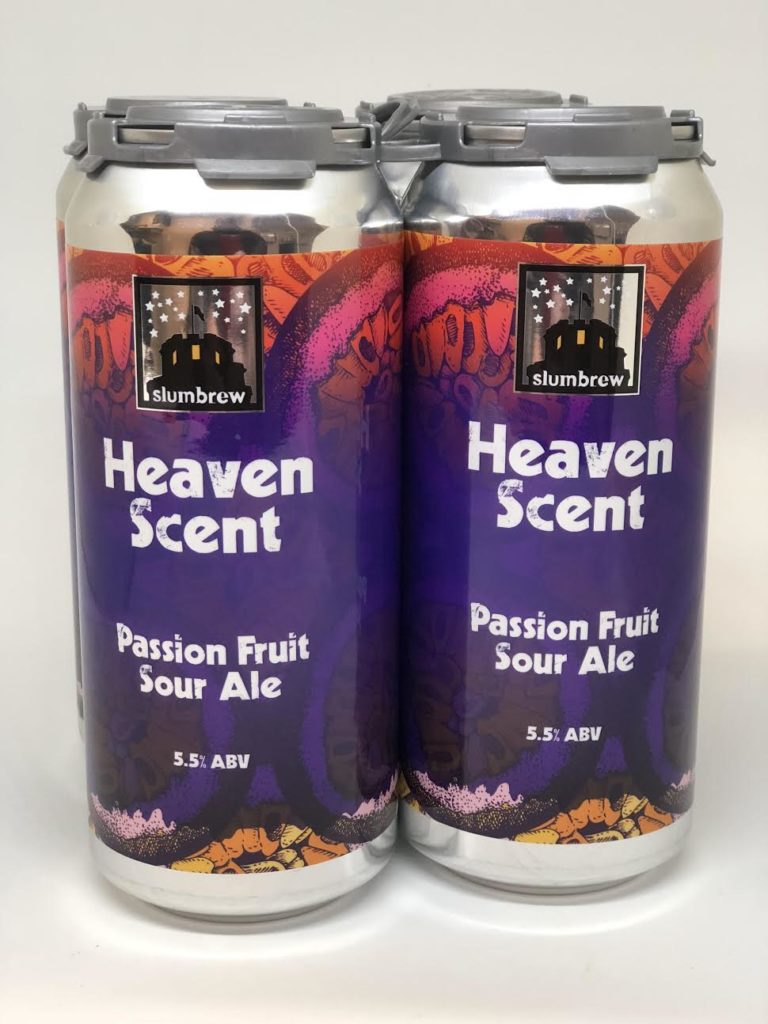 Show your passion this Valentine’s Day by picking up some craft beer like Heaven Scent from Slumbrew.

Pucker up. Slumbrew has released their delicious Heaven Scent Passion Fruit Sour Ale, giving you just enough time to pick some up before Valentine’s Day. Looking for a dinner spot? Check out their new gastrobrewery at Assembly Row, featuring an impressive dining menu and 24 draft lines. Located at 490 Foley Street, you’ll find free 3-hour parking in the garage next door, or just take the Orange Line to the Assembly Row T stop.

Maybe you can’t spend Valentine’s Day with your true love because they just dumped you for someone else. But hey, sometimes love stinks, so you can drown you sorrows in Castle Island’s aptly named Love Stinks. Made on their pilot system and only available at their brewery, this “seductive” wheat ale made with hibiscus pours so pink it will make you blush and forget what’s-their-name. Ain’t love grand?

If you’re searching for something fun and different to do this Valentine’s Day then check out Hoppy Mingling at Lamplighter Brewing in Cambridge from 9:00 to 11:00. Participants will have the chance to make new friends, maybe even a friend with benefits, while enjoying some tasty brews. Register here.

Giving chocolates to your significant other this Valentine’s Day? Well instead of that tired heart-shaped box of candies grabbed last minute from a counter at the gas station, head to Black Hat Brew Works for their Cherry Chocolate Stout. This decadently smooth, cocoa confection will leave your sweetie and their sweet tooth satisfied.

Looking for an opportunity to wear that dress that has sat in the back of the closet behind the mom jeans and jeggings? Well break it out for the Ipswich Ale Brewer’s Table Love Stinks Ball on Valentine’s Night. Don’t let the clock strike midnight and miss out on the fun by going online now to order your ticket that includes your first drink, appetizers and desserts as well as live music by Cold Engines. Now you can be the Belle of the Ball and show everyone your best dance moves, and that puffy sleeves haven’t gone out of style.

For those who think Cupid is Stupid and would rather forget about Valentine’s Day, head over to the Anti-Valentine’s Day Dinner at Cheeky Monkey’s Landsdowne Street brewpub where they’ll have a special menu to go along with in-house craft beer made on their SmartBrew System. Go with friends or as a lonely only, their event listing says they won’t judge. Instead of playing schmoopy, you can try your had at billiards, pingpong or shuffleboard. You can make reservations here.

Want to find the new craft beer love of your life, then try speed tasting with Devil’s Purse Brewing. Hosted by Night Shift Distributing at The Tap Trailhouse on Union Street in Boston Valentine’s Day from 6-10, this social allows you to meet people while tasting a flight of Devil’s Purse beer. Included in the admission price of $20 is your flight, food, and raffle ticket for DPB swag. Come find the beer of your dreams!

Hope everyone finds true love, or at least plenty of Massachusetts craft beer for Valentine’s Day. Just don’t over do it – you’ll want to remember the name of the craft beer you “hooked up” with that night!