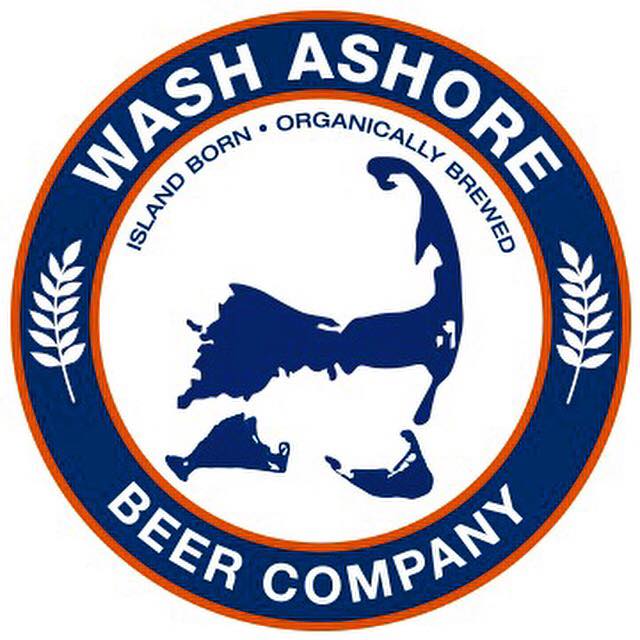 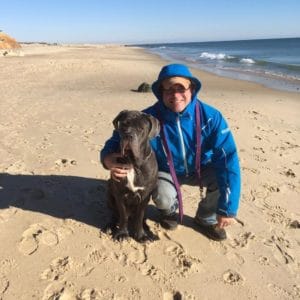 A portion of the proceeds from sales of Maya Mae IPA are donated to local animal shelters.

Originally conceived by Monteiro and fellow island dweller John Clift, owner of Vintage MV Wine & Spirits, the brand is currently available at more than 100 locations from Connecticut to Boston, with plans to increase production and distribution in 2018. To date they’ve released three beers, the first being Buddha, a “crisp and fresh Pale Ale with a hint of citrus,” according to their revamped website. Another, Mya Mae, is described as a “flavorful, dry-hopped IPA with a touch of malt,” and is named after Monteiro’s beloved dog, a 3-year old Neopolitan Mastiff that loves the beach. Both are sold in 16-ounce cans.

Their third beer, a crushable blood orange Wheat Ale originally called Boy Meets Girl, was released shortly after they teamed up with two more Vineyard residents, Chad and Michelle Verdi, now co-founders. A nod to their love story, which started when they were high school sweethearts, the summer seasonal was so popular they decided to make it one of their flagships. Not wanting to slight the LGBTQ community, the founders created additional can designs with the names ROY G BIV: Boy Meets Boy and ROY G BIV: Girl Meets Girl. ROY G BIV is a reference to the colors of the rainbow, often affiliated with gay pride. Sold in 6-packs of 12-ounce cans, it’s also sometimes referred to as Love Ale.

LGBTQ inclusive, Wash Ashore’s Love Ale labels are in stark contrast to some of the controversial beer names and labels that have made headlines for their sexist nature.

Along with Maine’s Peak Organic Brewing, who the co-founders are friendly with, Wash Ashore is the only other organic brewery in New England. Their focus on high-quality, non GMO ingredients has also meant a more deliberate recipe development than most breweries. “We hope to gradually add high more quality beers moving forward,” said Monteiro, who mentioned that their fourth beer, a Double IPA, will be released this summer.

To celebrate their announcement, Wash Ashore will host a tap takeover at Isle Brewer’s Guild’s 4,000 square foot retail space and taproom tomorrow, February 10, from 5:00 to 10:00.