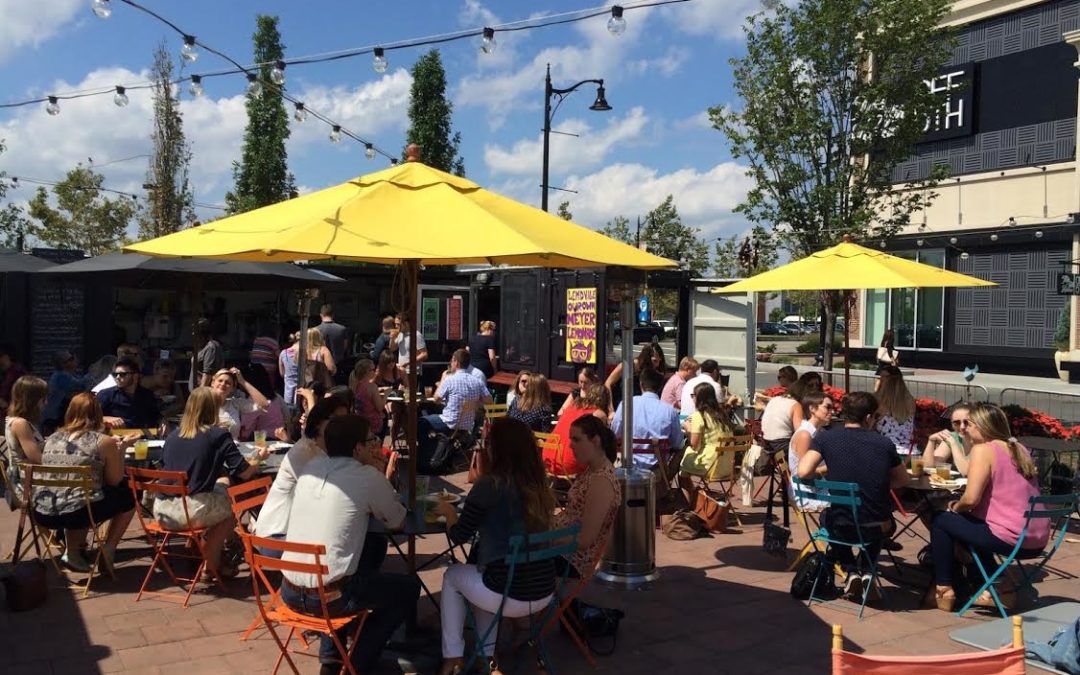 Initially opened under a heated tent in November of 2014, the American Fresh Beer Garden, often referred to as “The Tent,” is back for another year of family-friendly dining and evening entertainment. And of course plenty of locally brewed craft beer from Slumbrew. It will be open seven days a week, unless it rains, and will debut sometime in early May. Check their Facebook page for an exact opening date. The uniquely designed open air pavilion located at 301 Canal Street is the only beer garden and the only tenant at Assembly Row offering a variety of high-quality free programming, including live music and entertainment. Our theme for this season is “unwind, unplug and relax,” says co-founder Caitlin Jewel about Slumbrew’s beer garden oasis,”whether alone or with friends and family.”

In addition to tented tables and sunny seating, the venue is equipped with a pair of repurposed cargo containers, the blue one featuring a large selection of old-fashioned board games and a book lending library, and the red one offering a variety of kids’ toys. The pavilion will also be dog-friendly this year, though no more than five dogs will be allowed in at a time. Programming will include the only outdoor trivia in Metro Boston, a comedy night, Major League Bocce tournaments, and live music on weekends. All shows are free. Saturday and Sunday mornings will feature 5K fun runs with the Slumbrew Happy Soles running team (all welcome to join) and some outdoor exercise classes from the studios at FitRow. 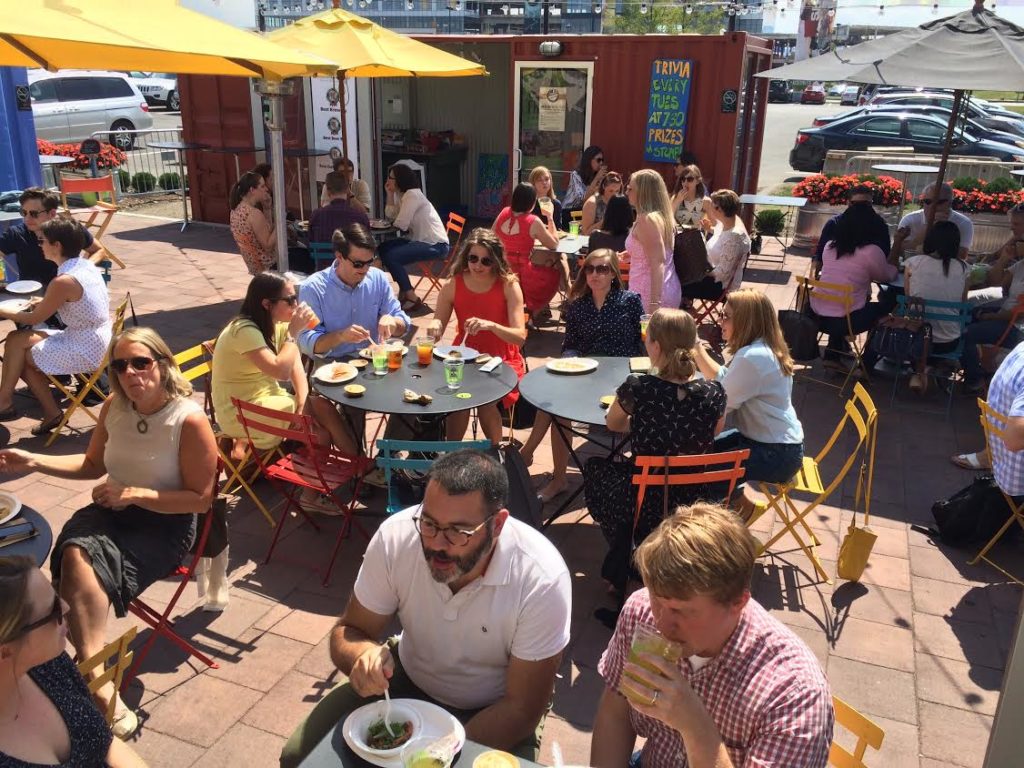 Food service will include pizza, nachos,fresh salads, and sandwiches on fresh baked bread. Liquid refreshment will include 14 draft lines of Slumbrew offerings, as well as their fresh house lemonade. A number of special releases, exclusive to the Assembly Row location, will be featured weekly. 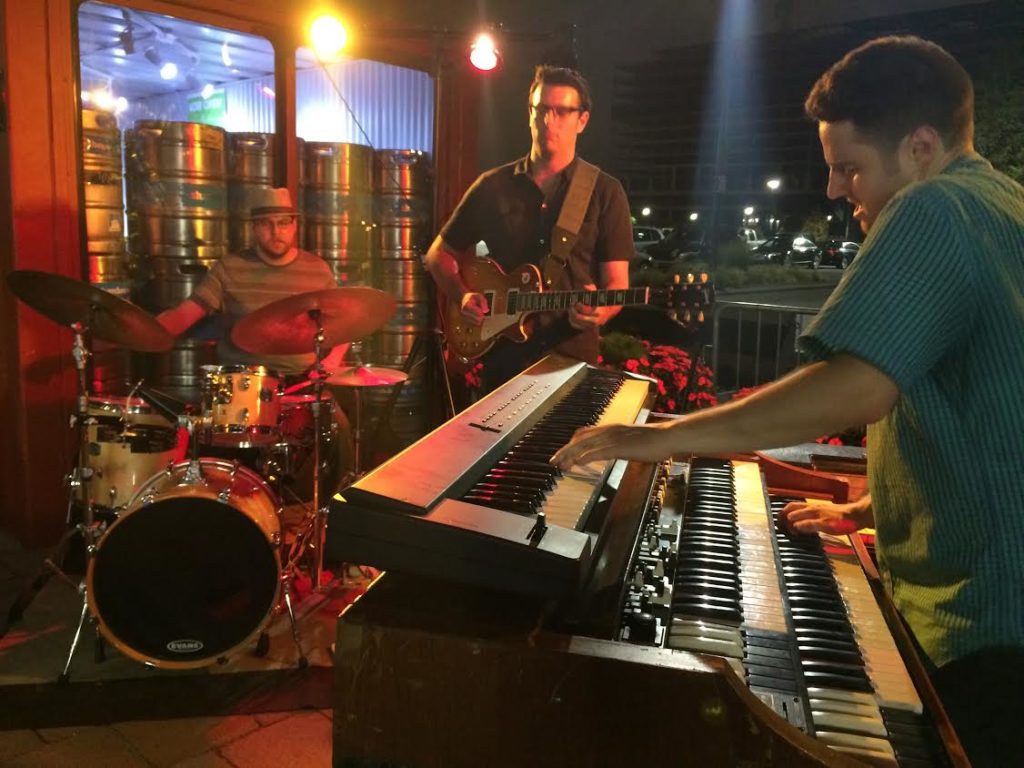