Peabody Isn’t The Future Home of Floodwater Brewing, But It Should Be for Someone 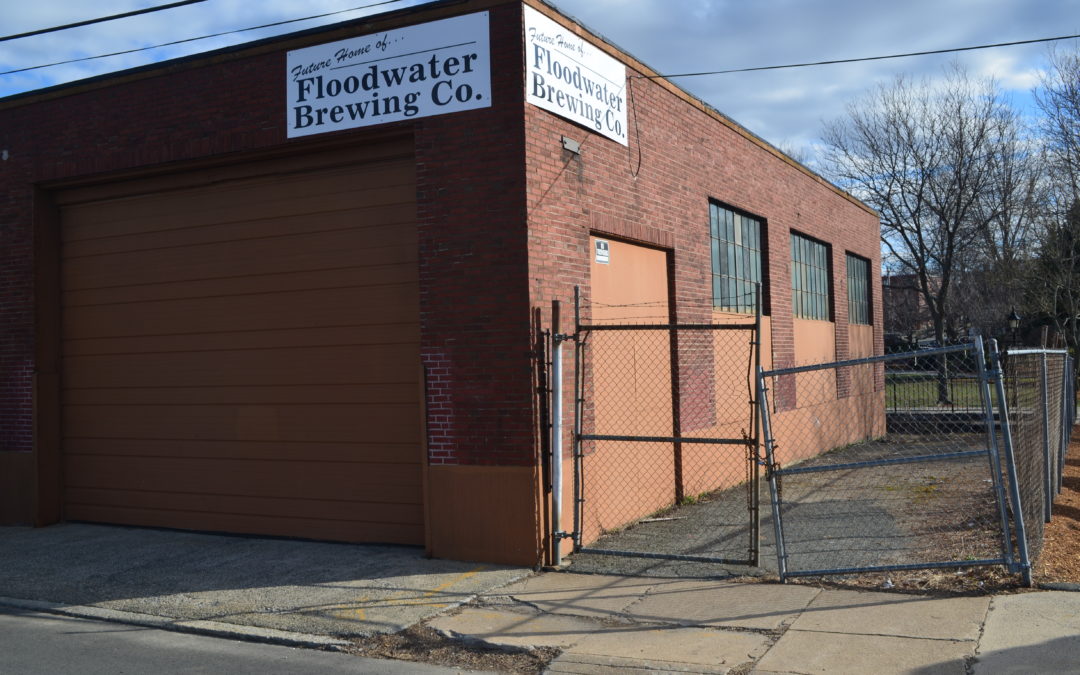 Just over a month ago we got a message from a Facebook follower who appeared to have a lead on a new craft brewery that planned to open in Peabody. While out on his morning walk, hunting for coffee, he saw a banner hanging outside of 34 Railroad Ave and snapped this pic: 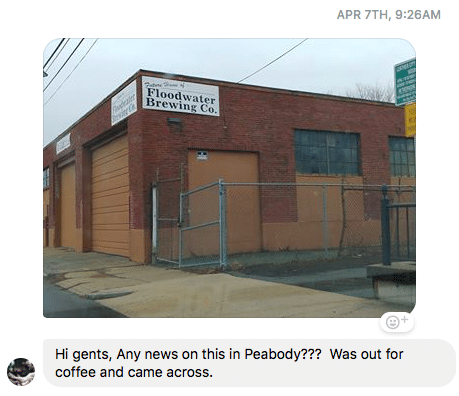 Intrigued, we scoured the internet and social media but came up empty. Not even our moles on the North Shore knew anything about it. Not long after, a story in the Salem News seemed to corroborate the possibility when it mentioned that a pair of breweries-in-planning, not yet ready to go public, were eyeing Peabody. That was enough to prompt us to hop in the SUV and take a ride up to the North Shore and see for ourselves. Once there we looked around, took a few photos, knocked on doors, and even tried to peer in windows. We left convinced that it was, as the sign said, “future home of Floodwater Brewing.”

Unfortunately, it turns out it was all a hoax, at least for now. Recently we were able to confirm, through an unnamed source, that it was actually just a publicity stunt by the building’s owner, who apparently thinks the spot is an ideal location for a new brewery. Despite the wild goose chase (and a chance to visit nearby Notch Brewing again), we tend to agree.

Listed by real estate broker The Drumlin Group, it’s the former site of The Turkish Towel Company, a nearly 8,000 square foot industrial building that features drive-in doors and loading docks, both private and municipal parking, a small office space, and is located just off Central Street near Peabody Square. It really is a perfect spot for a brewery. It’s large enough for a 15-barrel brewhouse and a spacious taproom, and its location, right behind the Leather City Common public park, lends itself to the possibility of scenic outdoor patio seating behind the brewery and adjacent to Proctor Brook. 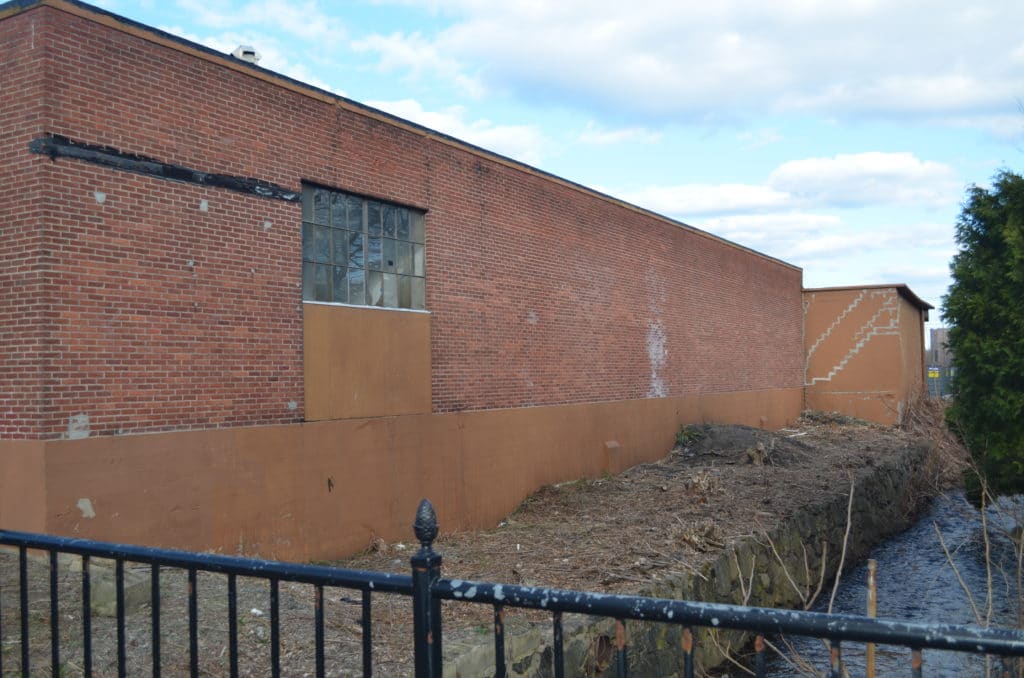 The spot needs some sprucing up, but one could envision patio beers along Proctor Brook behind a future brewery.

Had the fictitious sign been true, it would have been the latest in a rash of announcements about new breweries-in-planning for Peabody and the surrounding area that appear to have the North Shore well on its way to becoming a full-fledged craft beer destination. The first, Granite Coast Brewing, anticipates opening later this summer at 77B Main Street in downtown Peabody. Another, Essex County Brewing, recently announced that it has signed a lease at 58 Rear Pulaski Street. There’s also East Regiment Beer Company, planning to open in Salem later this year, and Channel Marker Brewing, who we reported last week would be debuting in Beverly this fall.

As for the mythical Floodwater Brewing Company, it’s name was likely a reference to the cit’s history with flooding in its downtown area, but there’s already a licensed Massachusetts brewery with the same name who probably wouldn’t be interested in sharing it. If anyone does learn of another brewery planning to open in Peabody, or anywhere else for that matter, let us know. If you find out before we do, we’ll meet you there when it opens and buy you a beer.