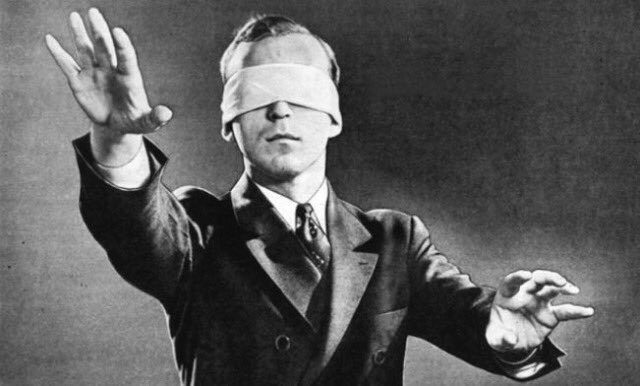 The hazy, juicy, so-called New England style IPA is all the rage these days. And if you’re anything like us, you’ve probably made the trek out to Tree House in Monson, Trillium in Boston, The Alchemist or Hill Farmstead in Vermont, or to Bissell Brothers in Portland, Maine. But as fun as a memorable road trip, or a shared experience with like-minded friends can be, the days of extended drives and waiting in line for great beer appear to be over. The Brewer’s Association reports that IPAs now make up nearly a quarter of all craft beer sales. Your local brewery has likely noticed, some are even producing the kind of amazing juice bombs you’ve spent hours and hours chasing down. More breweries than you realize are probably on the verge of mastering their recipes, too. It’s not a stretch to think that come summer time, there will be a brewer, maybe even two, somewhere in your region who’s churning out an IPA worthy of the high ratings usually reserved for the revered breweries we mentioned above. That was the big takeaway from our recent blind taste test featuring 8 New England style IPAs, all brewed right here in Massachusetts.

Our Taste Test: The Blind Leading The Blind 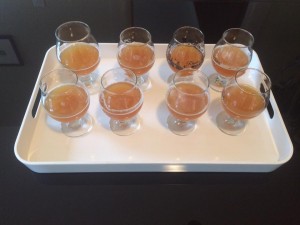 We had never organized a blind taste test before. It’s something we plan to do more of in the future. If you’re a serious craft beer drinker but you’ve never hosted a tasting event either, you’re missing out on a lot of fun. You’d be amazed at who you can convince to hang out with you when you offer up free beer, especially IPA. Among the distinguished tasters who told us “you had me at juicy” were noted writers Alex Weaver of Bostinno / Hop Culture, Will Gordon at VinePair, and Greg Desrosiers, contributor both here and for Brew Studs, as well as prolific craft drinkers Eric Murray and Zack Rothman, also known as Raising the Barstool on his social media accounts. Other members of the all-star panel included beer taster extraordinaire Bethany Baker, Lipstick N Lager on Twitter, reviewer Scott Staiti, also known as Boston Beer Hunter, and Steve Hall, founder of HopHead Events.

Our beer line-up included Jess from Amherst Brewing, Sluice Juice from Bent Water, Brando from John Harvard’s, Rebel Juiced from Sam Adams, Le Temps de Amour from Spacelab, Alter Ego from Tree House, Double Dry Hopped Sleeper Street from Trillium, and Wally from Wachusett. To avoid any perceived bias we served them in alphabetical order, by brewery name. Five of the eight were acquired through traditional retail purchases, meaning one of us walked in to the brewery and bought it. Wally, only available to the public through a limited number of draft accounts until official release this spring, was mailed to us in unlabeled 12-ounce cans. Jess was likewise donated by its brewers. For Le Temps de Amour, not available commercially at this time, we worked out a trade with the brewers. The Bent Water and John Harvard offerings were only available in growlers, the Sam Adams and Spacelab brews were from bottles, and the the other four were all in cans. All beer was obtained as close to the date of the tasting as possible, none more than 10 days prior to the event. 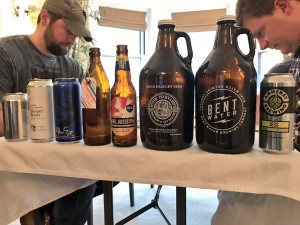 Two of our tasters reviewing their notes after the big reveal.

Five ounce samples were poured into snifters from a different room, then delivered to the tasters. Each member of the panel was asked to rate the beer (1-5 stars) as if they were checking it in on Untappd, and given a score sheet for any additional notes they wished to take. To preserve their palates, we allotted 10 minutes for each round and served water and unsalted pretzels after each beer. A brief halftime was observed after the fourth beer. At the completion of the tasting we asked the panel how noticeable they thought the difference was between the 8 beers (results: “not very”), or between their favorite and least favorite beer (results: “significant”). We then revealed the line-up of beers and asked them whether they were surprised by the results or if things turned out more or less the way they expected. Wow, were they surprised!

Results: The Good, The Bad, And The Juicy

To save ourselves and our panel from a slew of hate mail we’re not going to reveal scores from individual panelists or specific ratings of each beer. We’re not beer ratings guys, and the idea of the tasting was never to bash or ordain any particular beer or brewery. Instead, we thought it would be interesting to see what a group of passionate craft beer drinkers’ opinions would be when they relied solely on their taste buds, devoid of any hype or ratings. Boy, were we right.

By now you’re probably thinking, blah, blah, blah, just tell us who won. Again, that’s not really what it was about. As passionate members of the Bay State’s great craft beer community, declaring winners or losers goes against everything we believe, but here are some observations that we found interesting, perhaps even enlightening. Take them with a grain of malt. 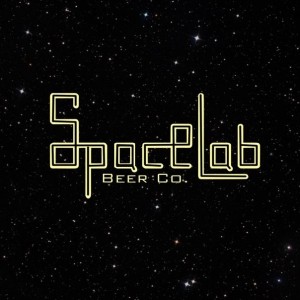 A brewery in planning, Spacelab hopes to deliver juice bomb IPAs to the North Shore later this year.

Nearly a full star behind the rest of the pack were Bent Water’s Sluice Juice and the Sam Adams Rebel Juiced. As a reminder, beers were rated as if they were being checked in on Untappd, using a scale of 1-5 stars. The look and smell of Sluice Juice was on par with any of the higher rated beers, but most of the tasters didn’t care for the after taste. We applaud the brewery’s first attempt at this style, and hope it won’t be their last. Rebel Juiced elicited the biggest reaction from our panel, with two of the tasters identifying it even before the big reveal, and another scribbling on his score sheet, “weird as hell, I think I like it.” Despite its name, however, Rebel Juiced seemed like a misfit in this category, especially its copper color. In its defense, Sam Adams describes the beer as a tropical IPA, so we may have miscast it as part of this line up.

In the middle of the pack were Wachusett’s Wally, Spacelab’s Le Temps de Amour, and surprisingly, Tree House’s Alter Ego, twin brother to the brewery’s highly heralded Julius. Panelist were surprised to find that Wally, the veteran brewery’s first attempt at a New England IPA, held its own with Alter Ego, which nearly every taster rated as good but only one scored great. An even bigger surprise was the strong showing by the non-commercial entry, Le Temps de Amour. Also the most divisive entry, four tasters rated it average while the other four rated it excellent, one even giving it the event’s only perfect score. Technically still home brewers, Spacelab co-founders Mike Plassman and Jim Wilson are currently exploring a way to go pro while they work out of their pilot brewery in Ipswich. 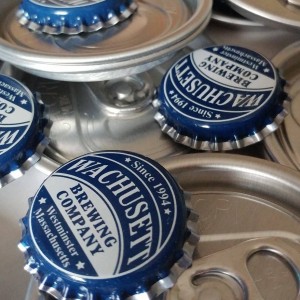 Wachusett’s Wally was among the beers most often described as “juicy” by our panel.

The top three finishers all rated nearly a quarter of a star better than the middle tier, with John Harvard’s’ Brando taking home bronze and Trillium’s DDH Sleeper Street edging out Amherst Brewing’s Jess for the gold. None of the panelists were shocked by DDH Sleeper Street’s top ranking, especially considering most of them had tasted it before. Jess, on the other hand, was a pleasant surprise to most to the tasters, none of whom reside in Western Mass. or were aware of the beer’s regional popularity. The same was true of Brando, a new recipe developed by John Harvard’s brewer Brian Flach, who took over the brew house a few months ago.

To re-emphasize, for us the biggest takeaway from our event was that drinkers in Western Mass., Central Mass., the Metro West, and later this year the North Shore all have a brewery in their region that is currently making a top notch New England style IPA. And there are surely more: recently released Fluffy from Night Shift and Mr. Wallace from Springdale (the new outfit from Jack’s Abby) to name a few. Unfortunately for our panel, neither was available for takeaway at the time of our tasting.

Don’t Take Our Word For It, Draw Your Own Conclusions

You should feel free to poke holes in our taste test: the method, the ratings system, or even the observations. What would be even better is for you to go out and get some of these beers (or others), take them home and have someone pour them for you, and blind taste them for yourself. You might be as surprised by the results as we were. And you may be more inclined to seek out a wider variety of beers you truly enjoy, rather than the few others say you should be drinking. As always, feel free to hit us with any comments in the section below. Cheers.