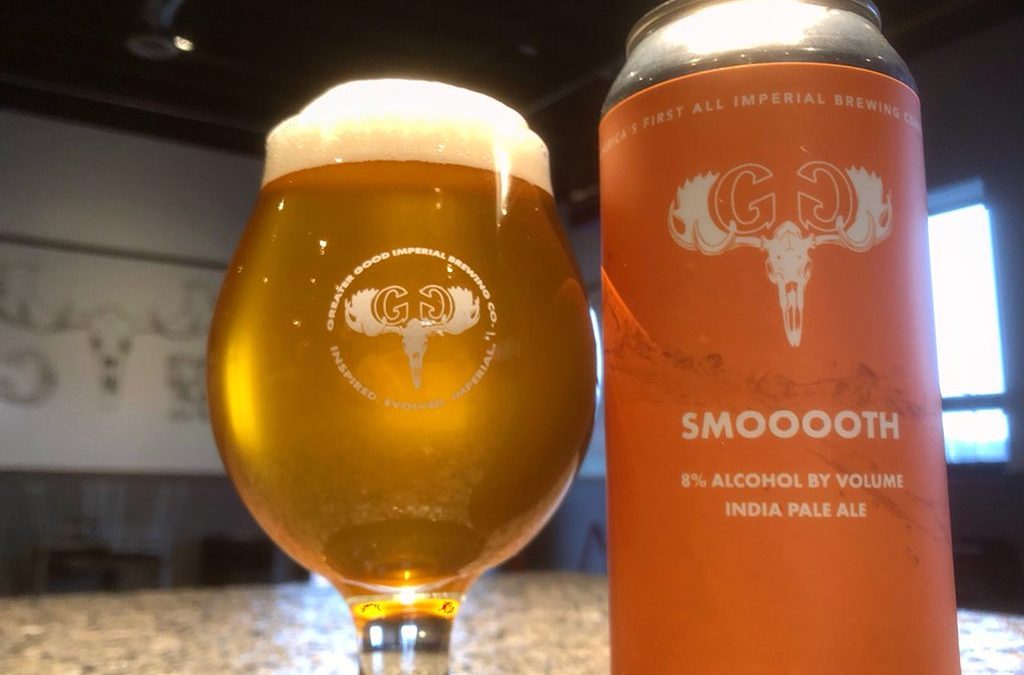 Greater Good Imperial Brewing released a new beer called SMOOOOTH today at its new Worcester brewery and taproom. The 8 percent ABV Imperial IPA will be available for pours and can sales today at noon ($15 for 16-ounce 4-packs). No word yet on when to expect it at liquor stores.

Generously hopped with Citra and Mosaic, it gives off notes of grapefruit and pineapple with a finish that provides mild pine and slight hop resin. SMOOOOTH has a gorgeous golden hue, showcasing a beautiful suspension of haze while remaining easy-drinking and refreshing!

The juice-forward NE IPA is part of an effort to expand beyond the five traditional flagships that make up their Passport Series. Additionally, the first in their new rotating IPA series called RADZ, named after head brewer Shaun Radzuik, was released last week.