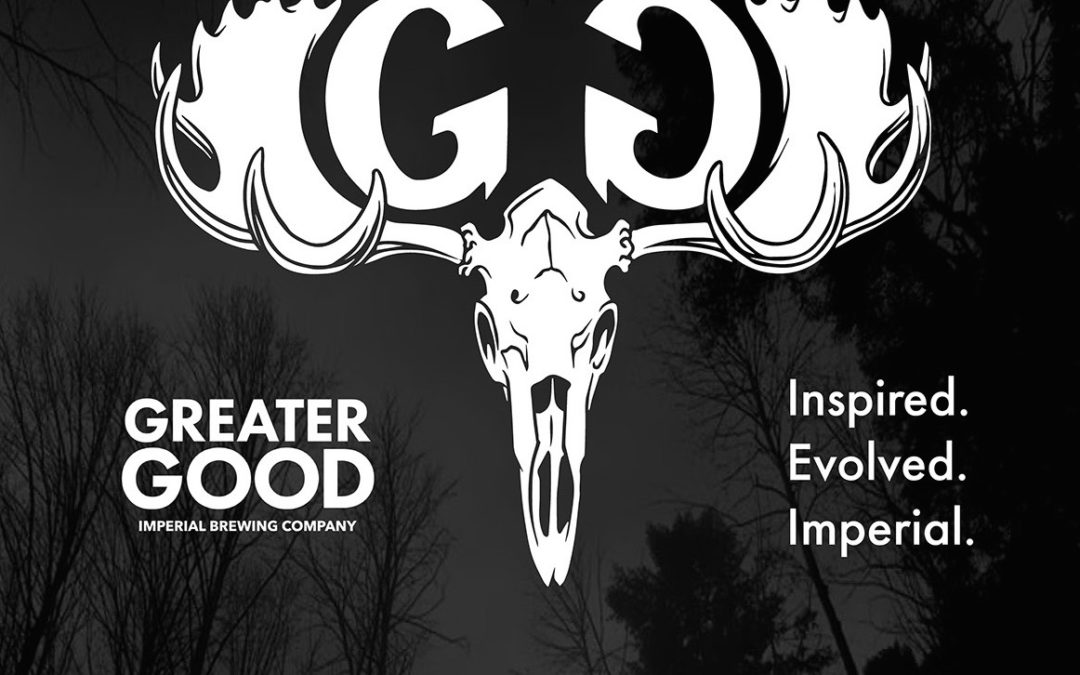 Greater Good Imperial Brewing, “the small company that makes big beers,” will be getting a little bigger. That’s because they’re about to debut their new brewery and taproom in Worcester. In fact, they plan to “soft open” to the public today, according to a recent post on their social media accounts.

Not even three years old, the first all-Imperial brewing company in the U.S. has quickly outgrown its business model as a contract brand and is ready for the next phase: “bringing people together to share in the optimal drinking experience.” They’ll do it by opening a 10,000-square foot facility at 55 Millbrook Street, complete with the biggest taproom in the city (2,500 square feet), a test kitchen specializing in gourmet style grilled cheese sandwiches, and two outdoor patios (once the weather gets a little warmer). 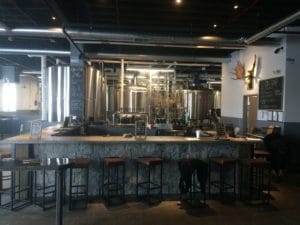 A few years ago founder Paul Wengender, himself a Worcester native, wanted to start a brewery that focused on Imperial beers (which typically range from 8% to 14% ABV) because that’s what he prefers to drink. A look at the craft beer landscape revealed that nobody else was exclusively dedicated to so-called big beers, so he decided to be the first.

“What really makes an Imperial beer market worthy,” he says, “is the flavor packed around it. We like to think that 8% is the new 5% when it comes to the craft market.” Consumers appear to agree. Despite being a contract brand, which means having to fight for tap lines at bars and shelf space at liquor stores, Greater Good produced roughy 4,000 barrels last year, and is currently distributing to nearly 60 percent of the state, numbers any local startup brewery would be envious of.

With the additional brewing space and the opening of its 82-seat taproom, Wengender and his crew are poised to triple last year’s production numbers. In addition to beer, the taproom will have a kitchen called “Toast,” featuring artisanal grilled cheese, sausages, hot dogs, pretzels and other bar snacks. After noshing, patrons can play classic video games like Packman or Bubble Hockey, board games such as Connect Four or Jenga, and family favorites including Shuffleboard and Cornhole. There should also be plenty of parking, a luxury at many Worcester businesses according to Wengender. 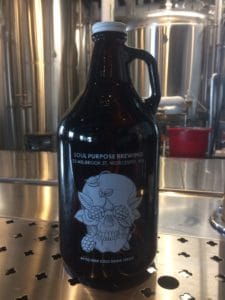 The Soul Purpose brand will allow brewer Shaun Radzik to experiment with other styles like Session IPAs and Sour Ales.

Keeping the taproom’s 14 draft lines flowing will be the responsibility of head brewer Shaun Radzuik, formerly of Rapscallion, who in addition to brewing the existing flagships, will get to play around with a new brand called Soul Purpose. “Shaun really likes session beers (usually around 5%), and that’s ideal for an afternoon of drinking in the taproom,” says Wengender. For now, those beers will only be served at the taproom. A number of new Imperial beers will also be coming out soon, including a Russian Imperial Stout called Evana, and a juice-forward NE IPA called Smooooth, part of their rotational IPA series called RADZ.

Another key member of the team will be business manager JT Ethier, who up until a couple of months ago worked at Boston’s renowned Trillium Brewing. “It’s going to be fun,” he says. “With the influx of young people and all the new restaurants opening in the city, we’re selling the environment as much as the beer.” For him, it’s a chance to return to his roots, having grown up and gone to college in the area. “This is a big win for us as we build an A-level brewery team around our brands,” said Radzuik. “He’s going to help us get to the next level.”

Greater Good will be open to the public for the first time today, March 19 from 4:00 to 8:00 for a trial run. The soft opening will include full pours, a full food menu from the kitchen, and can sales, including a limited release of their new Russian Imperial Stout, Evana. They hope to be keeping regular hours by the end of the month, follow their Facebook page for details.