New England Is Now Home to More Than 500 Craft Breweries

How the Region Stacks Up Against the Rest of the Nation

Their are currently some 545 craft breweries operating in New England, accounting for nearly 12 percent of the national total which recently surpassed 6,500. Impressive for a geographical region comprised of just six states: Maine, New Hampshire, Vermont, Massachusetts, Connecticut, and Rhode Island. Additionally, we counted another 75 pending breweries, which should push the total over 600 in less than a year. Pretty astounding when you consider there were less than 200 just five years ago.

Equally astounding is the fact that three New England states rank among the top ten in the U.S. in breweries per capita (the number of breweries divided by the population aged 21 or over): New Hampshire occupies the ninth position, Maine ranks third, and Vermont claims the top spot. And that’s not all: according to a story in USA Today, the same three states also crack the top ten in consumption per capita, with Vermont ninth, Maine 6th, and New Hampshire, whose residents drink more than 40 gallons per person annually, ranking first. 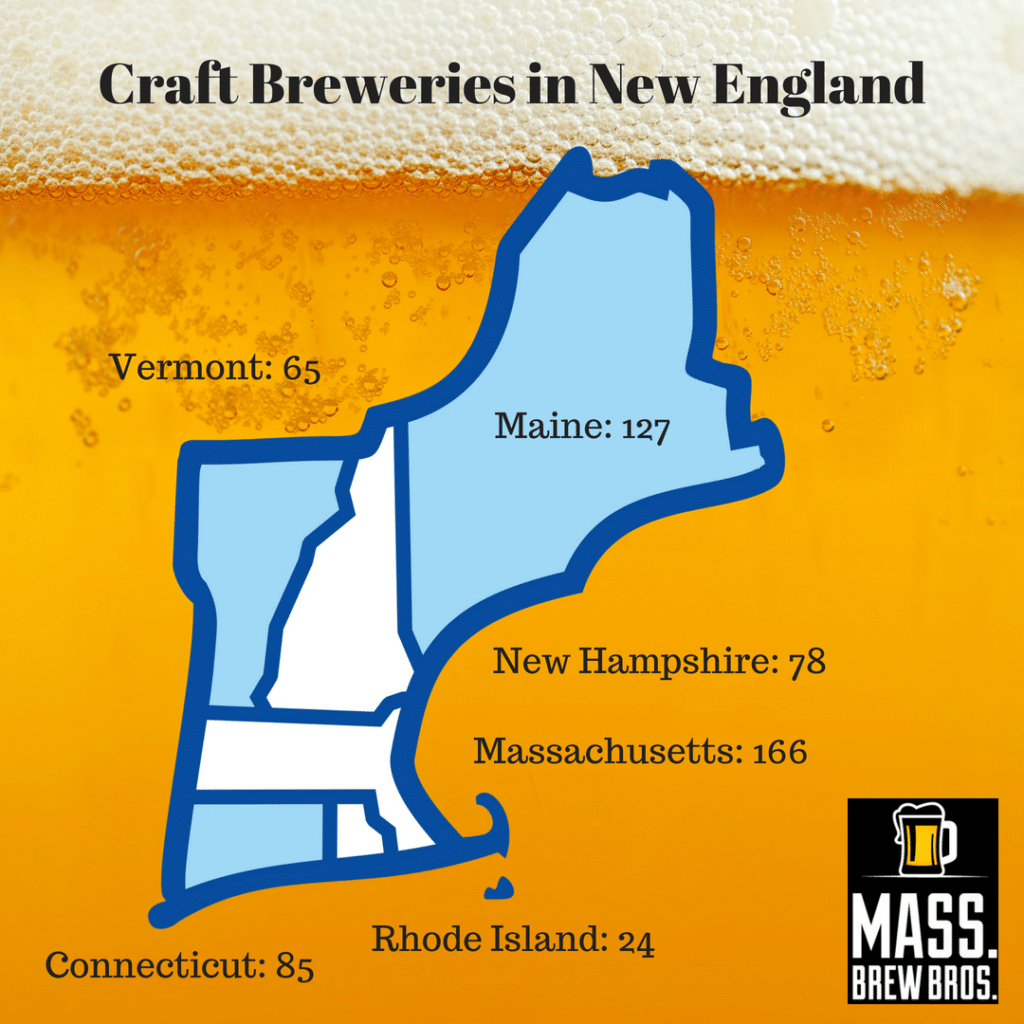 Brew England? The infographic above breaks down the region’s impressive total of 545 breweries by state.

New England is also home to some of the nation’s largest craft brewers, including Harpoon (MA/VT) ranked18th, Shipyard (ME) 27th, Long Trail (VT) 31st, Narragansett (RI) 33rd, Allagash (ME) 35th, and Wachusett (MA) 49th. Note that Boston Beer (MA), makers of Sam Adams, would have been 2nd on our list but was left out because it brewed less than one percent of its 2 million barrels for 2017 at its local R & D brewery in Boston. Another, Magic Hat (VT), would have placed 43rd, but no longer meets the Brewers Association’s (BA) definition of a craft brewery because it was purchased by private equity company North American Breweries in 2010 and no longer qualifies as independent. 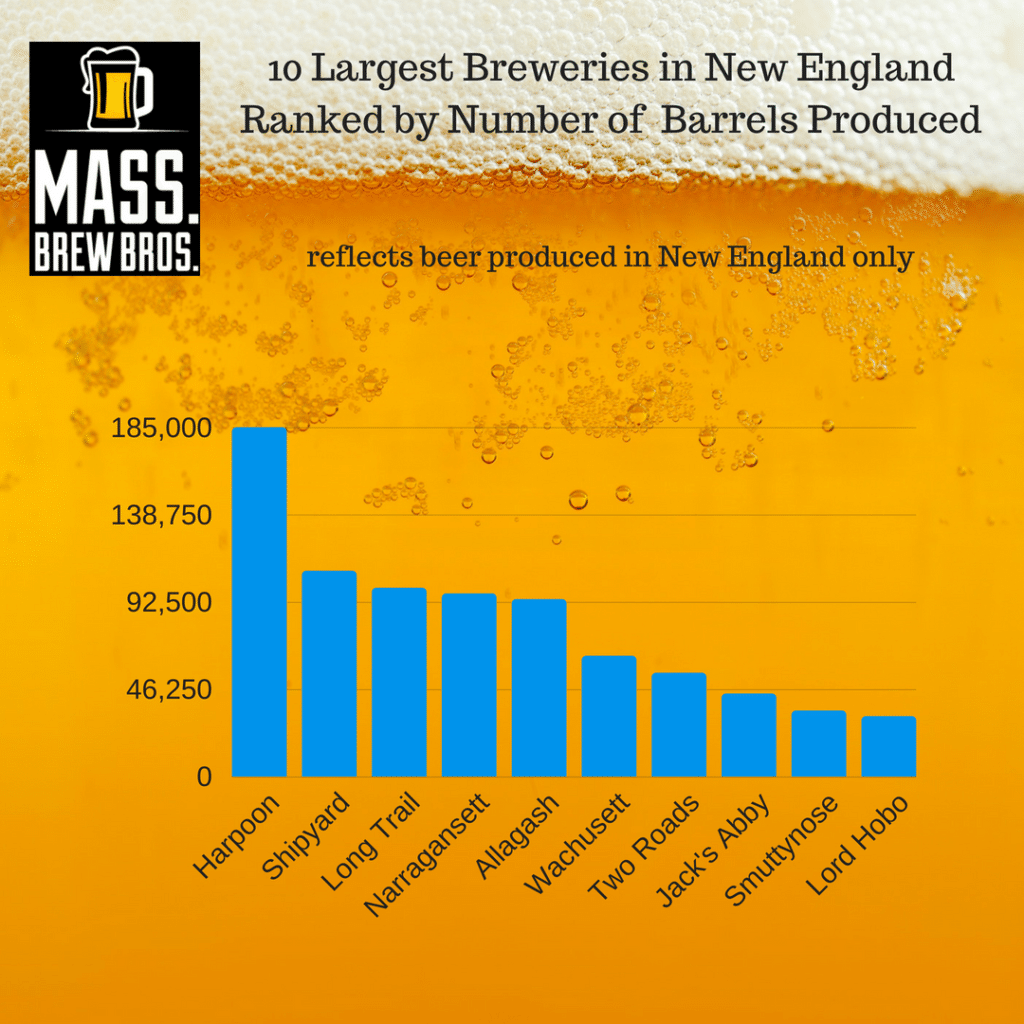 New England is home to ten of the largest 100 craft breweries in the U.S., not including Boston Beer or Magic Hat.

According to BA data, others ranking among the top 200 (by production) nation wide are Two Roads (CT) 55th, Jacks Abby (MA) 67th, Smuttynose (NH) 84th, Lord Hobo (MA) 87th, and The Alchemist (VT), squeezing in just under 200th. New England also has several of the fastest growing breweries in the nation, including micro brewers Craft Roots (MA), Hopsters (MA), and Whalers Brewing (RI), all listed in the top 50 by the BA in 2017.

While all this is good news for craft beer drinkers, the tsunami of new brewery openings in the last five years means that competition among craft brewers has started to stiffen. In fact, New England’s three largest brewers (if you count Sam Adams and Magic Hat it’s the largest five) all lost market share in 2017. Three interesting trends to watch for the next few years will be (1) overall growth in craft beer sales (which slowed to 5% last year), (2) the rate of new brewery openings (expected to remain rapid), and (3) the consumer’s penchant for seeking out new and unfamiliar offerings.

With even more new breweries coming coming on board for the foreseeable future, established larger brewers may have to start acquiring new drinkers at a faster rate, or accept that shifting market share, especially away from the biggest breweries, could be the new norm.

Related: Will A New England Brewery Get Bought Out By Big Beer?