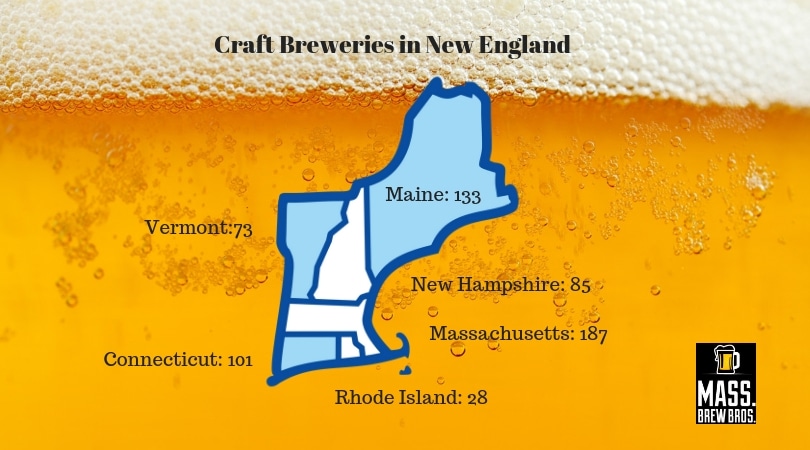 The number of craft breweries in New England recently soared past 600, with Massachusetts and Connecticut leading the way. The former had a net gain of 21 breweries since our last tally in September of 2018 while the latter added 16. All tolled, the number increased by 62 across the region’s six states, a growth rate of just over 11 percent. 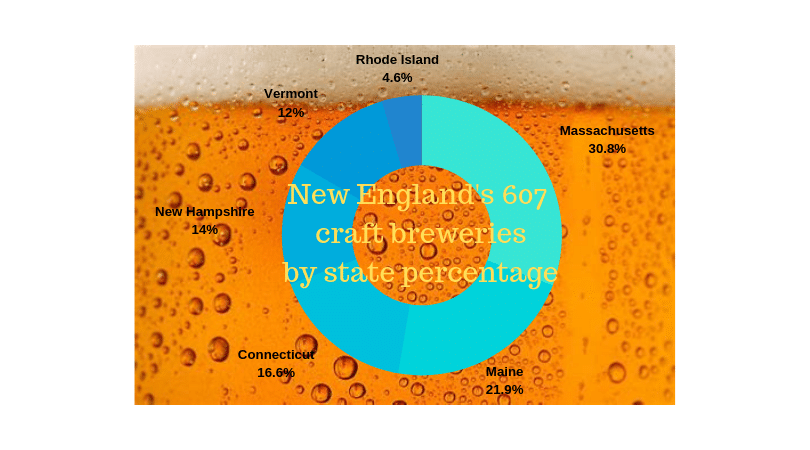 The regional growth shows no signs of slowing down either, with another 80 breweries currently pending (location secured and federally licensed) or in planning (in the process of submitting paper work and/or searching for a space). As we and others have recently pointed out, the rapid growth of brewery openings has increased competition for sales among craft brewers, especially the region’s largest beer companies. In vying for sales – primarily through distribution channels such as restaurant and bar accounts or beer store shelf space – some of the region’s fastest growing brands have captured market share from a number of mature brands.

New England places six breweries among the nation’s 50 largest (by volume and sales). They include Harpoon (MA/VT) 18th largest nationwide, Shipyard (ME/NH) 29th, Allagash (ME) 30th, Long Trail (VT) 31st, Narragansett (RI) 32nd, and Wachusett (MA) 43rd. Note that Boston Beer (MA), makers of Sam Adams, is left out because it brews less than one percent of its beer at its local R & D brewery in Boston. Another, Magic Hat (VT), does not meet the Brewers Association’s definition of a craft brewery because it was purchased by private equity company North American Breweries in 2010 and therefore doesn’t qualify as independent.

New England breweries continue to stand out on the national scene, with a number of breweries and states gaining favorable ratings among craft beer drinkers across the country. Several have recently been listed among the best beer states in the U.S. as well. We plan to tackle that topic and examine where each individual state ranks within a variety of categories in a future blog.