I guess the question we have is, “When actually is Pumpkin Season?” It always seemed to be that October was the time for pumpkins. The ubiquitous orange gourd would populate doorsteps around the neighborhood up until Halloween (when they might get smashed) and maybe some people would leave them out until Thanksgiving when they eventually rotted. But now, Pumpkin Season starts earlier and earlier and lasts longer every year. 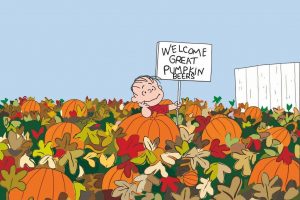 It doesn’t seem to matter if it’s 90 degrees out and the beaches are still packed, pumpkin products are filling the shelves and taking over the airwaves. Local brewery Greater Good Imperials released their pumpkin beer on July 31st! And we’re pretty sure some breweries like Shipyard would brew their Pumpkinhead beer year-round if they thought people would buy it. We bet many would!

So whenever pumpkin season is, there are plenty of local pumpkin beers to drink or smash, depending on your opinion of the style. We plan to drink our share and will even indulge in the cinnamon-sugar rim now and then. To help you find yours, we’ve listed over 50 Massachusetts pumpkin brews in a wide variety of beer styles: ales, stouts, ipas, saisons and even a cider and seltzer or two. As always, please check the brewery websites and social media to see the availability of these brews. Happy Pumpkin Season! 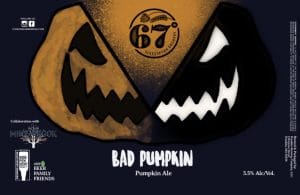 ? Altruist Brewing PI (Sturbridge, MA) – “Heavy on the pumpkin, light on the spice.” Available on draft and in cans to go from their brewery.

? Amherst Brewing Pumpkin Pumpkin Ale and Pumpkin Spice Latte (Amherst, MA) – The ale is brewed with pumpkin and spices while the latte version has pumpkin, spices, coffee and lactose

? Bearmoose Brewing Oh My Gourd (Everett, MA) – A 5.2 % pumpkin spiced ale. Get it at he brewery complete with a cinnamon-sugar rim. 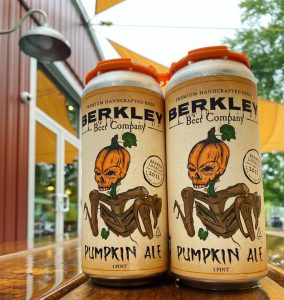 ? Black Hat Brewing Linus’ Dream (Bridgewater, MA) – A 7.5% pumpkin ale that is light on the spice and very drinkable.

? Cambridge Brewing Great Pumpkin Ale (Cambridge, MA) – This Pumpkin Ale is the OG! First brewed in 1990, this subtly spiced brew is made with local sugar pumpkins and is on tap at CBC and in distribution in 16oz cans. 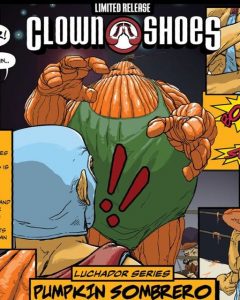 ? Crue Brew 21 Pumpkins (Raynham, MA) – An ale brewed with over 100lbs of pumpkins! Available in cans and at the brewery with a cinnamon-sugar rim.

? Exhibit ‘A’  Brewing Cake (Framingham, MA) – An autumn ale brewed with cinnamon and vanilla, pumpkin spice coffee cake from My Grandma’s of New England along with Daily Driver coffee from Share Coffee Roasters 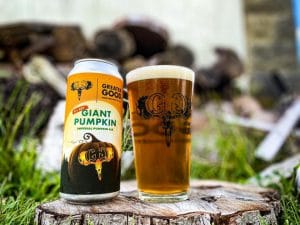 ? Jack’s Abby Pumpkin Crop (Framingham, MA) – Brewed with 150 pounds of roasted and puréed Volante Farms pumpkins and a hint of spice. Available at the Beer Hall.

? Leadfoot Brewing Mr. Jack (Chicopee, MA) – Made with 4 lbs of real pumpkin per barrel and served with or without the cinnamon-sugar rim. 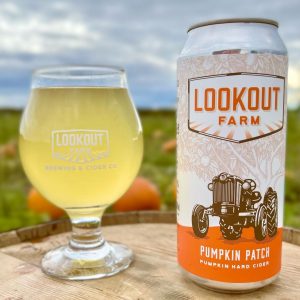 ? Lost Shoe East Witch (Marlboro, MA) – Their 6.66% pumpkin ale brewed with hundreds of pounds of local @rota_spring_farm pumpkins roasted by Chef T and his crew, topped with Madagascar Vanilla, Spices, and fermented with a Belgian Yeast.

? Medusa Brewing Witchfinder General (Hudson, MA) – This smoked stout is brewed with pumpkins from @rota_spring_farm, but no spices. It gets a kick from the specialty beech-smoked malts.

? Merrimack Ales Pumpkin Ale (Lowell, MA) – An ale with a delicate blend of pumpkin and spices. 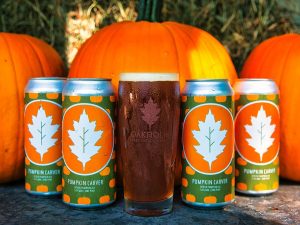 ? Samuel Adams Jack-O (Boston, MA) – A balanced beer made with cinnamon and nutmeg, it is available in wide release including in the Sweater Weather Fall Mix Pack.

? Skyroc Brewery Pumpkin Patch and Pumpkin Seltzer (Attleboro, MA) – In addition to a traditional pumpkin ale, Skyroc has a pumpkin flavored seltzer for something a little different for pumpkin season.

? Spencer Brewery The Monkster Mash (Spencer, MA) – The Monks boarded the pumpkin train last year with the playfully named Monster Mash pumpkin ale and you can find their cans in distribution. 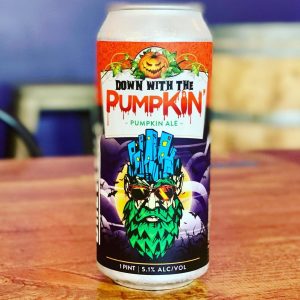 ? Sterling Street Brewery Down With The Pumpkin (Clinton, MA) – “I can see inside you, the pumpkin is rising.
Don’t try to deny what you feel. Get up, come on get down with the Pumpkin!” Spiced ale with cinnamon, nutmeg and ginger.

? UFO Pumpkin (Boston, MA) – Take a “Journey to Planet Pumpkin” with this hefeweizen that’s blended with seasonal spices and pairs with a subtle sweetness of real pumpkin puree in this unfiltered ale.

? Wachusett Brewing (Westminster, MA) – Made with fresh pumpkins and a variety of spices to celebrate the season. 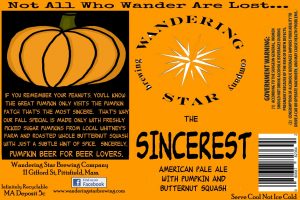 ? Wandering Star Craft Brewery The Sincerest (Pittsfield, MA) – Made with fresh sugar pumpkins from Whitney’s Farm and roasted whole butternut squash with a hint of spice

? Wormtown Brewery Table Talk (Worcester, MA) – This collaboration with Table Talk Pies is made with 30 pumpkin pies (one pie per barrel), 100 lbs. of pumpkin puree, lactose, and a secret spice blend.

Seriously, any questions, please leave them in the comments, cheers!