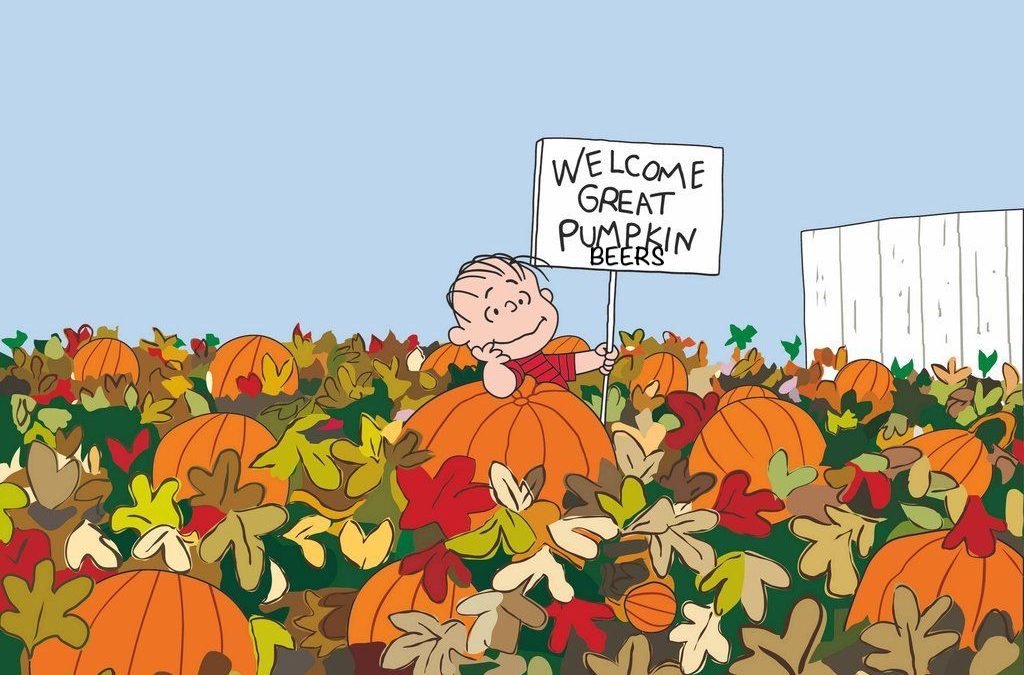 It seems the list of things dividing people these days is growing longer and longer and you can include pumpkin beers on that list. While some will extoll the perennial pumpkin palooza (we even heard there’s a pumpkin spice Mac n’ cheese now), there seems to be an equal number who kvetch at the mere mention of the ubiquitous autumnal gourd. We fall on the former side. We are fans of pumpkin beers, especially ones brewed with actual pumpkin that have that earthy, harvest flavor (which is why we’ll miss the Annual CBC Great Pumpkin Festival this year). However, we place no judgement on those of you who favor the pumpkin beers that taste like candy, complete with a cinnamon-sugar rim as we’ve been known to drink those as well.

We actually did a pumpkin blind beer tasting a few years ago (won by Slumbrew who sadly closed their doors for good recently) and didn’t tell the participants what the style of beer was beforehand. Predictably there was a strong reaction to the announcement of the style and to the beers themselves. We did get some converts as we were able to demonstrate the breadth of options within the style from stouts and porters to ales and pie spiced versions. Here in Massachusetts there are currently plenty of pumpkin beers to whet your whistle. The list below includes a variety of gourd goodies to bring to your next pumpkin party or to fill your pumpkin beer tap. (Some of these beers may be sold out so please check availability) 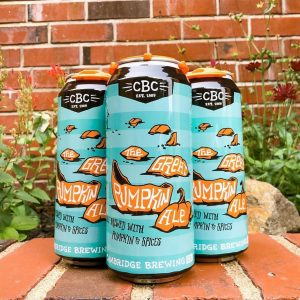 Cambridge Brewing Company The Great Pumpkin Ale (Cambridge, MA) – Having the distinction of being the first brewery to brew a pumpkin beer in New England (first brewed in 1990), this subtly spiced brew is made with local sugar pumpkins and is on tap at CBC and in distribution in 16oz cans.

Altruist Brewing Pumpkin Pi (Sturbridge, MA) – “Heavy on the pumpkin, light on the spice.” Available on draft and in cans to go from their brewery.

Barnstable Brewing Wobbly Jack (Barnstable, MA) – A pumpkin ale made with real pumpkins, brown sugar and vanilla beans. Available in 16oz 4pks at their brewery from their online store.

Black Hat Brew Works Linus’ Dream (Bridgewater, MA) – A 6.8% pumpkin ale that is light on the spice and very drinkable.

Clown Shoes Beer Gordo (Boston, MA) – A 10.5% Imperial Pumpkin Stout aged in WhistlePig Rye Whiskey Barrels. It was released in 19.2oz cans in early August so it may be a little harder to find.

East Regiment Beer Co. Dunkel S. Pumpkins and Reggie Pumps (Salem, MA) Two different beer styles, a dunkel and a hefeweizen, made with pumpkin to try right in the heart of Witch City.

Harpoon Dunkin’ Pumpkin (Boston, MA) – Bringing together two local institutions, this brew evokes the seasonal pumpkin latté and is made with real pumpkin and coffee. Available in bottles or as part of the Dunkin’ Dozen Mix 12 Pack.

Hitchcock Brewing Nice Rumpkin (Bernardston, MA) – Made with smoked/roasted local pumpkins and squash, this brew is available at the brewery and local package stores and restaurants.

Ipswich Ale Pumpkin Porter (Ipswich, MA) – A brown porter made with pumpkins and spices is available on draft and in 16oz 4pks.

Lookout Farm Beer & Cider Pumpkin Patch (Natick, MA) – Although not a beer, Lookout makes a hard pumpkin cider that is conditioned with over 1,000 lbs of fresh picked, roasted sugar pumpkins and harvest spice. 4-packs are available to go at their Market Shop.

Medusa Brewing Witchfinder General Smoked Pumpkin Stout (Hudson, MA) – This offering is brewed with pumpkins, but no spices. It gets a kick from the specialty beech-smoked malts.

Merrimack Ales Pumpkin Ale (Lowell, MA) – An ale with a delicate blend of pumpkin and spices.

Oakholm Brewing Pumpkin Carver (Brookfield, MA) – This new brewery has jumped into the pumpkin beer game with a fully fall brew conditioned on vanilla beans. Available on draft and to go from their brewery.

Old Colony Brewing Pumpkin Ale (Whitman, MA) – Made with pumpkin and spices. **They are moving to a new location and won’t have the new space open for a few weeks.

Naukabout Beer Company Pumpkin Spice Milkshake IPA (Mashpee, MA) – 4pks of this brew made with pumpkin, spices and lactose are available at their brewery.

Night Shift Brewing Pumpkin Piescraper (Everett, MA) – Night Shift has made their first ever pumpkin beer and its filled with vanilla, spices, maple syrup and lactose for full fall flavor. Available at the brewery an in distribution.

Redemption Rock Brewing I Can’t Even (Worcester, MA) – A pumpkin spaced latte stout made with coffee from Acoustic Java Roastery and packed with spices.

Samuel Adams Jack-O (Boston, MA) – A balanced beer made with cinnamon and nutmeg, it is available in wide release including in the Sweater Weather Fall Mix Pack.

Spencer Brewery Monster Mash (Spencer, MA) – The Monks at St. Joseph’s Abbey in Spencer have come up with one of the best names for a pumpkin beer that displays their sense of humour. They don’t allow visitors at the brewery, but the beer is in distribution.

Sterling Street Brewery Down With the Pumpkin (Clinton, MA) – This brewery opened in October just in time to brew the seasonal pumpkin beer that you can get with a cinnamon-sugar rim.

Wandering Star Craft Brewery The Sincerest (Pittsfield, MA) – This earthy brew is made with pumpkin, butternut squash and added spices cinnamon and ginger

Westfield River White Pumpkin (Southwick, MA) – Brewed with white wheat, sugar pumpkins and cinnamon, it is available on draft and in 16oz 4pks.

Wormtown Brewing Fresh Patch (Worcester, MA) – Made with fresh local pumpkins and a “secret spice recipe,” this beer is on tap and in distribution in 16oz cans.

Wormtown Brewing Table Talk Pumpkin Pie Ale (Worcester, MA) – Made with real Table Talk Pies, this pumpkin pie ale not only gives you the spices but also the breadyness of the crust. 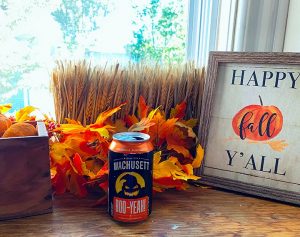 A few non-Massachusetts pumpkin beers worth checking out:

Avery Brewing Rumpkin (Boulder, CO) – A rum barrel-aged brew coming in at a whopping 16.3% so tread lightly or share with friends.

Southern Tier Warlock (Lakewood, NY) – Although Pumking is a notable offering from this New York brewery, we prefer it’s more “mischievous” companion Warlock, which is an 8.6% Imperial Stout made with pumpkin and spices.

And of course if you want the mother-of-all pumpkin spice beers that seems incomplete without the cinnamon-sugar rim, then Shipyard Pumpkinhead (Portland, ME) is your choice. This wheat ale with a blend of spices including cinnamon and nutmeg has been around since 1995. 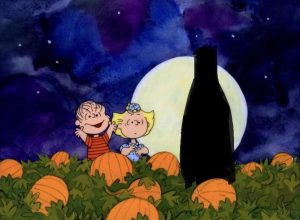 If there are pumpkin beer recommendations you’d like to make, please leave them in the comment section and may the Great Pumpkin rise in your pumpkin patch this year to bring you lots of beer. (photos of beer from brewery websites and social media)