Hopsters Brewing will expand its brew-it-yourself brewpub concept, with a new location opening in Philadelphia this spring. It will be the third location, but founder Lee Cooper plans for 16 new locations along the East Coast by 2022. To fund his newest venture, the former investment banker is using another Wefunder campaign. The previous one raised $2 million for the Boston Seaport location that opened a year ago and has reportedly been quite profitable. “It’s like cooking class, but with beer,” say Cooper, who describes the experience as ‘edutainment.”

Related: 26 New Breweries, And 7 New Taprooms, That Opened in Massachusetts in 2018 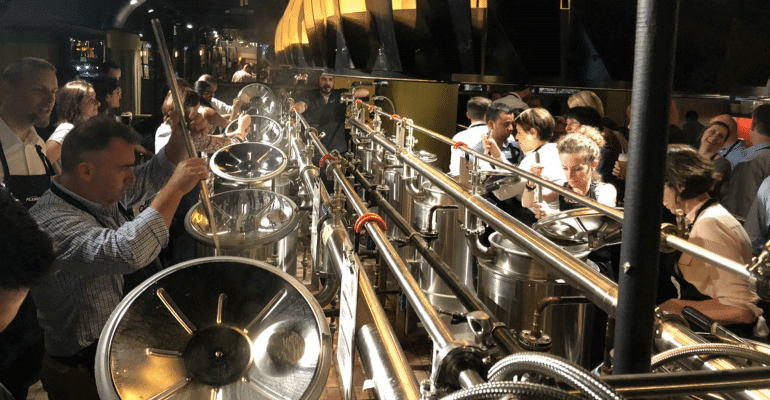