Forecasters Call for a Cold Snap: Samuel Adams Delivers a New Cold Snap to Help Drinkers Warm Up to Winter 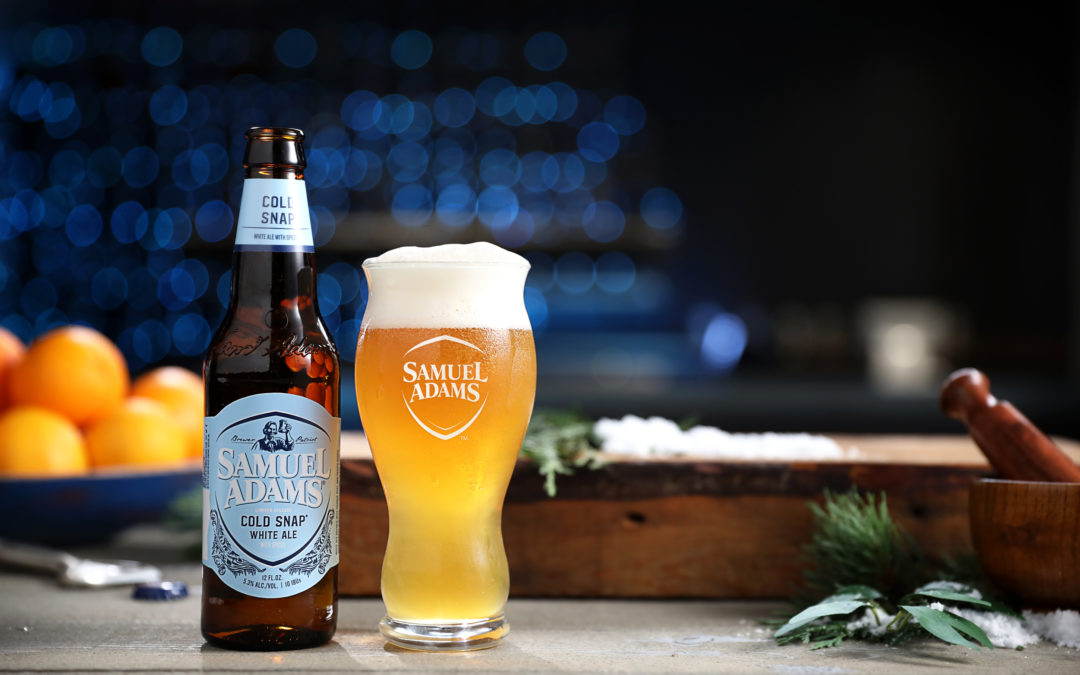 To complement the season’s brisk weather, Samuel Adams brewers made purposeful adjustments to the spice and malt characters while maintaining the Cold Snap recipe’s original warming notes. In adjusting the ratio of Cold Snap’s 10 exotic spices, brewers specifically amplified the orange and vanilla ingredient profiles for added brightness.With a lightened body and amplified flavor profile, the recipe is even more drinkable and refreshing, perfect for warming up after hitting the slopes or staying cozy by the fire.

Fans of this Samuel Adams limited release will enjoy the new recipe’s crisp, sweet, cereal-malt impression and medium body that delivers a subtle and refreshing mouthfeel. The slight sweetness of the fruit and vanilla are balanced by the spicy-herbal, complex aroma of Hallertau Mittelfrüh noble hops for a beautifully brighter and smoother white ale.

Related: The 28 New Breweries, 9 New Taprooms, and 3 Expansions That Debuted in Massachusetts in 2019

Jim Koch, Samuel Adams Founder & Brewer, on New Cold Snap: “When we first brewed Samuel Adams Cold Snap in 2014, we were inspired by the turn of the season from winter to spring, and we set out to offer a sign of warmer days with a beer boasting fruity, floral and spicy characteristics. Our highly successful reformation of Samuel Adams Summer Ale earlier this year led brewers to revisit the complex flavors of Cold Snap, another seasonal favorite. The result was a brighter and smoother Cold Snap that will continue to help drinkers see past even the coldest winter days to a brighter future ahead.”

Where to Find the New Cold Snap: Samuel Adams Cold Snap is available nationwide now through March in six-pack and 12-pack bottles and cans as well as on draft. Cold Snap is also available alongside an all-new style for the season, Mountain Berry, in Samuel Adams Spring Variety Bottles and Spring Can Mix Pack -12-packs. Prices vary by market. To find Cold Snap near you, visit SamuelAdams.com/find-a-sam.

Related: 12 Massachusetts Breweries Closed in 2019, An All-Time High: Here’s Who, and Why