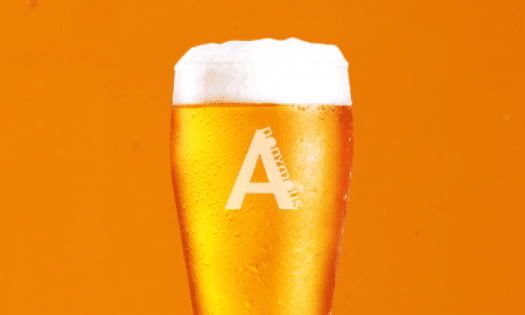 The blog you are about to read is true. The names have been changed to protect the innocent.

Like many, Devon McCarty and Rick Serino are up to something they don’t want their bosses to know about. A secret plan that, if meticulously executed, will some day allow them to trade in their nine-to-fives for a chance to brew craft beer for a living. They don’t plan on strolling into the office singing Johnny Paycheck’s famous take this job and shove it lyrics anytime soon (hence the name Anonymous Brewing), but if the longtime friends turned business partners can carry their plan to fruition, they may one day be working at their own brewery.

That scores of new breweries have opened in recent years isn’t a fact that they’ve overlooked. “We’re taking baby steps for now,” says McCarty, who started home brewing more than a decade ago. “With so much competition out there, we don’t want to dive into a big investment.” The plan, at least for now, is to hit the market in late February or early March as a contract brand, assuming their federal and state approvals don’t get held up. They’ve already got an agreement with an existing regional brewery, and have solicited feedback on their recipes from a variety of consumers including some industry professionals. They’ve done their homework. 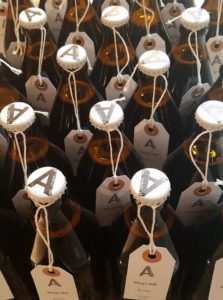 Anonymous Brewing will continue to get samples out while they await approvals from licensing authorities.

“It hasn’t just been our friends telling us the beer’s good,” says Serino, an admitted beer snob that had to be coaxed into starting the commercial venture. “We don’t want to make beer that sucks.” According to a blurb on their website, their goal is to create “delicious beers that offer just enough deviation from their defined styles to provide an alternative craft experience.” First out of the gate when they brew their initial 30-barrel batch is likely to be a Red Ale called WeyLey. Full bodied, with a simple yet expressive profile of Marris Otter base malts and a powerful dose of Centennial hops, it’s bolstered by a generous addition of oats to provide an unexpected creamy drinkibility.

Other brews they’ve perfected on the half-barrel pilot system in McCarty’s garage in Rowley include a traditional American IPA called Waldover, their sweet and savory KingsHill Porter, and a crushable American Pale Ale called Melbury that McCarty says is tasting really good out of the fermentor. Selling the beer will largely be the responsibility of Bethany Chandelier, another friend who recently became the third member of the team.

Since coming on she’s been hunting down keg accounts at restaurants and bars in their home town of Lynn, as well as on the North and South Shore. The rest of the beer they hope to ship out in 16-ounce cans to package stores in Eastern Mass., like Craft Beer Cellar, that specialize in or have dedicated craft departments.

Once they’re official, the pending contract brand plans to operate under a wholesaler license for the first two years before eventually opening a brewery and taproom in a town or city that doesn’t yet have one. By then, they figure, they’ll be far less anonymous to everyone, including their bosses.