Craft Beer’s Contradictory Market A Conundrum For Many Breweries 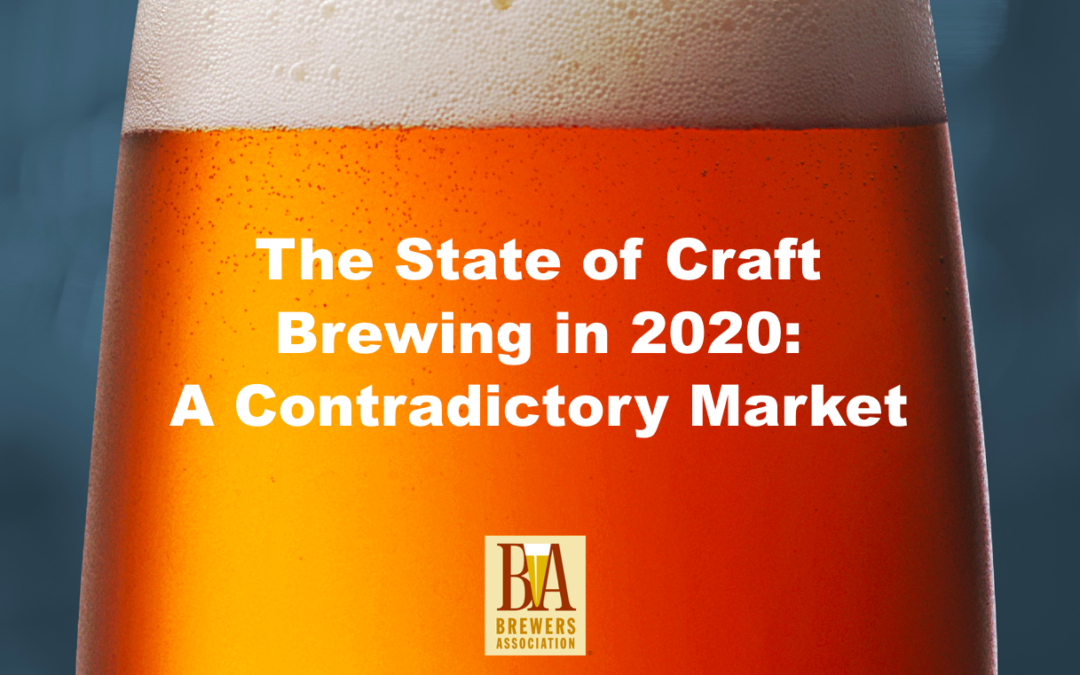 An economist and a CEO walk into a bar, or in this case the Night Shift Brewery taproom . . .

No, that’s not the lead up to a bad joke from your corny uncle. It’s what actually happened at a recent Mass Brewers Guild (MBG) meeting when Brewers Association (BA) chief economist Bart Watson and longtime Harpoon Brewery CEO Dan Kenary delivered an engaging and insightful presentation to the trade group’s membership in Everett earlier this week. The two-part talk, which discussed the state of the craft beer industry both nationally and here in Massachusetts, was concerning, reassuring, or possibly both depending on who your perspective. Watson, who describes his role as one of providing information rather than advice, pointed to key data to illustrate that craft beer is currently experiencing what he calls a contradictory market, meaning the craft beer segment has never been stronger, nor more competitive, nor more nuanced.

“It may be a great time to be a craft beer drinker,” explained Watson, “but that doesn’t mean it’s a great time to be a brewer.” With federal brewery permits indicating that as many as 257 breweries could be open in Massachusetts by end of 2021, growth likely to continue at around 4 percent per year, and distribution sales stagnating for all but the trendiest brands, Watson argued that brewers should broaden their horizons when thinking about who their customers are. The top reasons people go to a brewery, he reported, is to sample a variety of beer, learn more about beer, and because the beer is fresher. Once there, he claimed, people don’t just want to drink, they want to do something fun while they drink. He also added that more than half of all beer drinkers go on to purchase more of that brand after visiting its brewery. 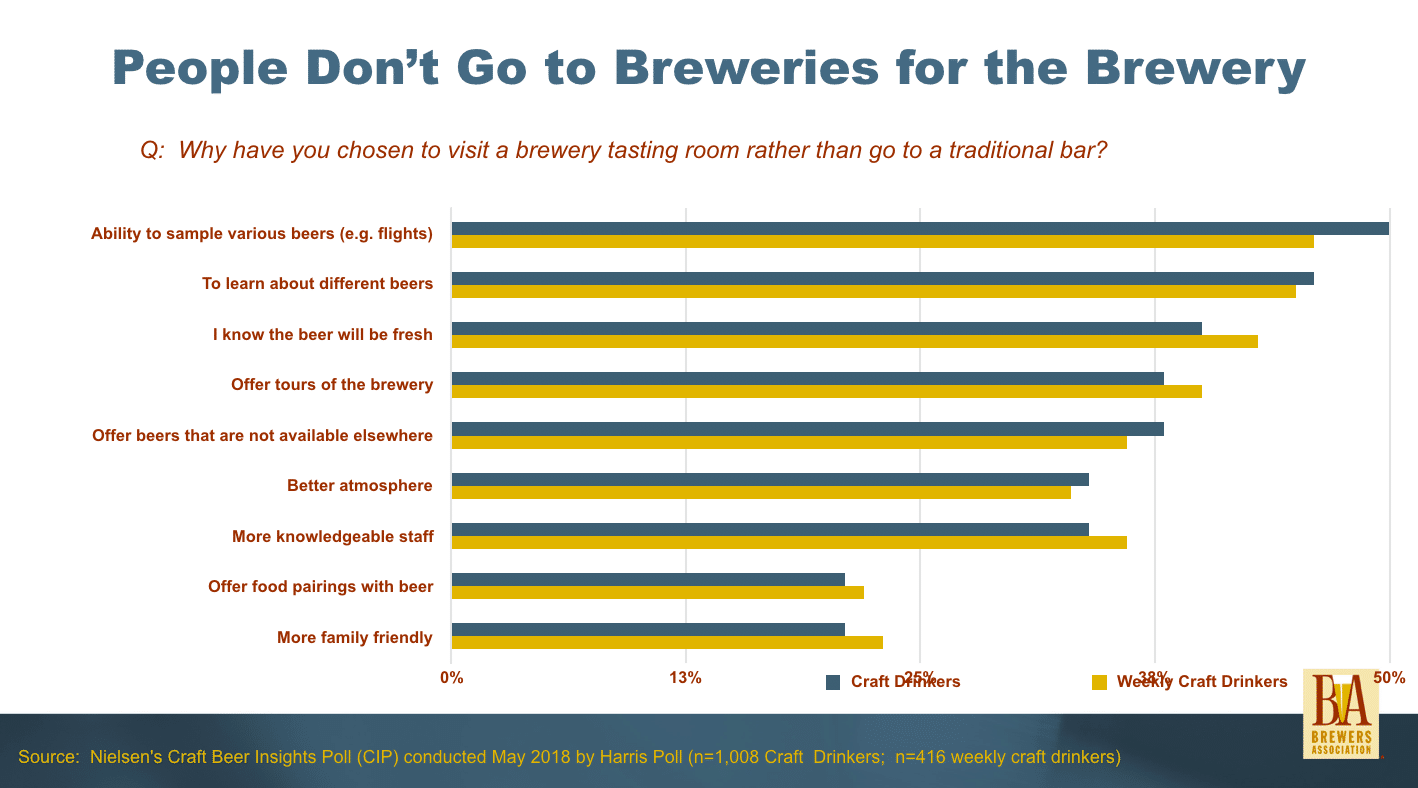 Image courtesy of the Brewers Association.

Other reflections from annual BA survey results indicate that close to half of all beer consumers have trouble distinguishing independent brands from those such as Blue Moon (owned by Molson Coors), and that the percentage of drinkers who buy more than five different brands in a given month is declining. Perhaps the most reassuring yet concerning data Watson presented was that the percentage of adults who drink (roughly two thirds), as well as the amount they drink (not specified), has remained remarkably consistent over the decades. And marijuana use, he reported, is not a statistically significant factor concerning rates of alcohol consumption. That said, the top reason consumers cited for drinking less craft beer is drinking another craft alcohol beverage instead. In other words, a significant percentage people aren’t likely to stop drinking alcohol, but they have been and may continue to drink less beer. “One way to look at it,” said Watson, “is that brewers aren’t just in the beer business, they’re in the alcohol beverage business.”

Related: 12 Massachusetts Breweries Closed in 2019, An All-Time High: Here’s Who, and Why

Even for brewers with no intention of branching out beyond beer, Watson’s insights revealed the challenge of catering to consumer preferences just within the craft beer segment. With the exception of IPA’s, whose growth over the last year alone was larger than total sales of most styles, it’s hard to pin down what most consumers are looking for. Contradictions abound, including growth in sales of both high ABV beers and low ABV beers, and while female drinkers favor crisp and fruity flavors on the whole, male drinkers prefer dark and malty. Among younger drinkers (ages 21-34) tart, hoppy, and malty are winning, while for the slightly older crowd (ages 35-44) its dark, juicy, and spicy. Another confounding trend, according to Watson, is that taproom sales growth for new breweries typically rises for the first two years and then flattens out, and that statewide taproom sales in 2019 mirrored those of 2018. 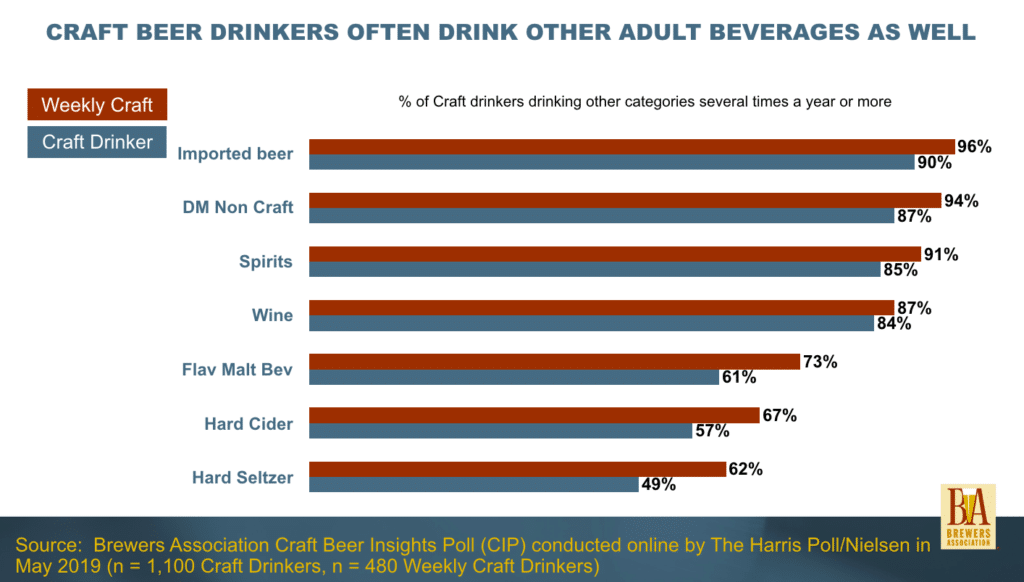 Image courtesy of the Brewers Association

Kenary’s talk, as well as his brewery’s recent decision to wade into the hard seltzer waters, seem to indicate that he agrees with much of what Watson said during his 45-minute presentation. Being flexible, he suggested, was an important aspect of the beer business, citing Harpoon’s decision in the late 1990s to launch HarpoonFest. Motivated by what Kenary admitted was “the first time we thought we were going out of business,” he and his partners thought it would be a going-out-of-business party. Instead, more than 2,000 people showed up for Boston’s first seasonal beer festival and it turned out to be one of the smartest decisions they ever made. Not every idea was so fortuitous at the state’s largest brewery. “I can give you a great price on a bottling line if anyone’s interested,” he joked at one point, before observing that one of the reasons for failure in business can be getting ahead of yourself.

Among his more serious concerns was the amount of investment money currently in the industry. “Easy money,” as he referred to it, “can be fatal.” His suggestion to everyone in the room was to look at their balance sheets, be prepared for tougher (more competitive) times ahead, and understand that the last 10 years of rapid growth were not normal. “Having debt is a scary thing right now,” he admitted, sharing that Harpoon’s transition to an employee owned or ESOP model required the company to take more of it on than he’d have preferred. “The maturity of U.S. beer culture, and the craft beer industry has been amazing,” he told the group in closing his talk, “if breweries are cautious, patient, and properly positioned, future opportunities will present themselves.”

Space is very limited and tickets will not likely be available at the door.