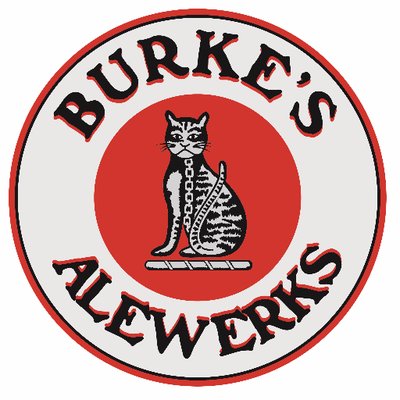 The flourishing Southeast Region will welcome its 27th craft brewery next week when Burke’s Alewerks opens at 200 Webster Street in Hanover. The micro brewery and taproom received its pouring license at the end of February and recently announced plans for an official opening next Thursday, March 15. The cozy 2,500-square foot space will include a moderate sized brewhouse and a 50-seat taproom with a fireplace. Founder and brewer Brian Burke, who grew up in nearby Marshfield, says the town has been very supportive and the community seems enthusiastic about having its own local brewery.

An accomplished home brewer for more than two decades, at the end of 2015 Burke sold his house and gave up his corporate gig to enroll at the Seibel Institute, a prestigeous brewing school in Chicago. From there it was on to the Doemens Academy in Munich, Germany. Upon returning home, he worked a few stints with some well known commercial breweries while testing his own recipes at home until they met his arduous standards. In August of last year he signed a lease and immediately began build-out of the brewery, installing a 5-barrel electric system and navigating the licensing process in just six months. 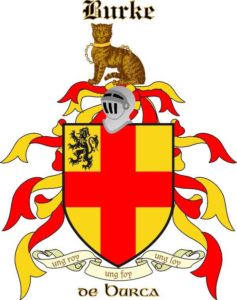 The family crest, as well as some coincidental history, inspired the Burke’s Alewerks name and logo.

The feline-inspired logo for the brewery comes from the family crest as well as a geographical coincidence says Burke. “There was a brewery in Queens, New York (where I was born) that was called Burke’s Brewing and used a cat in their logo. They were bought and closed by a large brewery during the period of mass consolidation. Now that the industry is shifting toward small community breweries like my own, I thought there was some karma in bringing it back.”

In addition to good karma, his community-focused taproom will feature 10 tap lines, though Burke says he’ll likely start off with just five core beers, including a traditional German Hefeweizen, a Nut Brown Ale, an IPA, a Pale Ale, and a Porter. He also plans to debut a traditional dry Irish Stout on nitrogen in the near future, and then introduce a beer called “Irish Wit,” a twist on a traditional witbier using Irish barley.

“With a focus on traditional European and American style ales, the heart of the Burke’s experience will be the taproom,” he says. ” The idea is to be a community gathering space, where friends and those soon-to-be friends come together to enjoy conversations and good times.” Burke expects plenty of people to take him up on the offer during his opening weekend and says that pent up demand may result in lines due to the limited capacity of his taproom. He plans to be open Thursday through Sunday. Check the Facebook page for hours.

Despite the logo, Burke (who admits he’s actually more of a dog person) says he doesn’t think he’ll allow pets in the brewery.