Brew Dog of the Month: Remy of Rustic Brewing 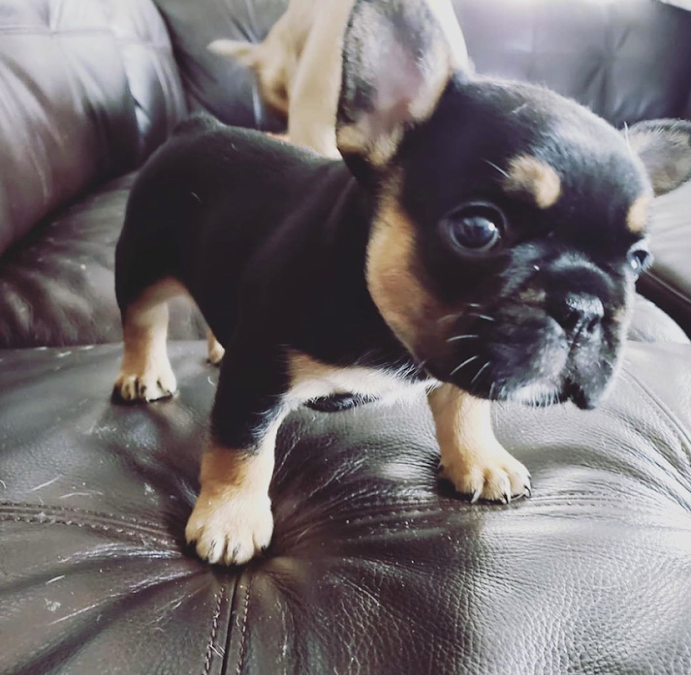 When we first started our website back in April of 2016, one of the first blogs we wrote was Brew Dog of the Month. We had seen that dogs and craft beer were a natural fit and wanted to highlight dogs from local breweries. Unfortunately, it was short-lived. But we’ve decided to revive it and are kicking it off with Remy of Rustic Brewing.

We’ve known Rustic brewing since back in their home-brew days when they were the winners of our second annual Massachusetts IPA Blind Tasting. Since then they’ve opened a small brewery at 34 Front Street in Indian Orchard, Massachusetts. Remy is the newest addition to the Rustic family, which includes brewers Jared Methe, Todd Kopiec and Eric Paul. Todd and Eric already have their own dogs, but when Jared’s wife Amanda saw Remy as a puppy on an Instagram post, she knew they had to add him to the group. When it came to naming him, they tried many names and nothing seemed to stick, then Jared’s mother-in-law said “you can call him whatever you want, but I’m calling him Remy!” Later that day a friend asked what his name was and said “we think it might be Remy.”  He said “No way!” and turned around his hat backwards which read “Remy made me do it.” They decided, “well I guess that is his name.” 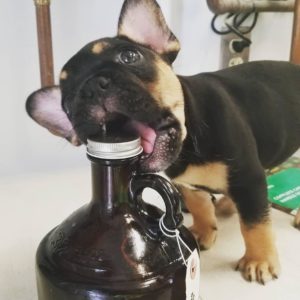 Remy, who is an inquisitive and brave little pup, hangs out on brew days and brings the brewers a welcomed break from the long hours of mashing, boiling, bottling and labeling with his playful antics. Rustic is still a very small operation, but they’re working hard to “make beer they think you will enjoy and deliver a good experience when you come to the brewery.” Right now, Rustic Brewing brews limited, but highly coveted quantities of beer each week and holds reservations for growlers that can be picked up on Saturdays. In addition to having awesome dogs at the brewery for everyone to enjoy, little things like having popcorn and juice boxes for kids make for a fun hangout in this family and dog-friendly brewery.

Related: 10 Spacious Taprooms That You Can Bring Your Dog Inside 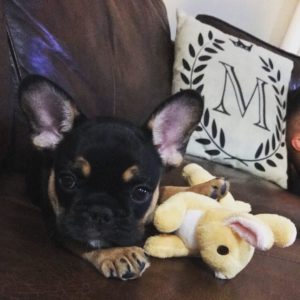 Now some stats on “Remy” in our: “Tail” of the Tape

Favorite Thing To Do: Cuddle

Remy would also like everyone to know that this Saturday is Rustic’s First Anniversary and they will be celebrating with a special pour day from 12-8. In addition to the regular growler pick up, you can also purchase full pours of a variety of their beers: NEIPAs, Milkshake IPAs, and stouts. Also, the mill building in which they are located is filled with artists and very creative, talented people who will be hosting an open studio event this Saturday. All the artists open their studios for the public to come see their creations with the option of having a beer. For more information click the following link: Rustic Pour Event. So come by Rustic Brewing on Saturday, have a pint or two and tell them, Remy made me do it!

If you have a brew dog that you would like to see featured in our Brew Dog of the Month blog, please email us at massbrewbros@gmail.com