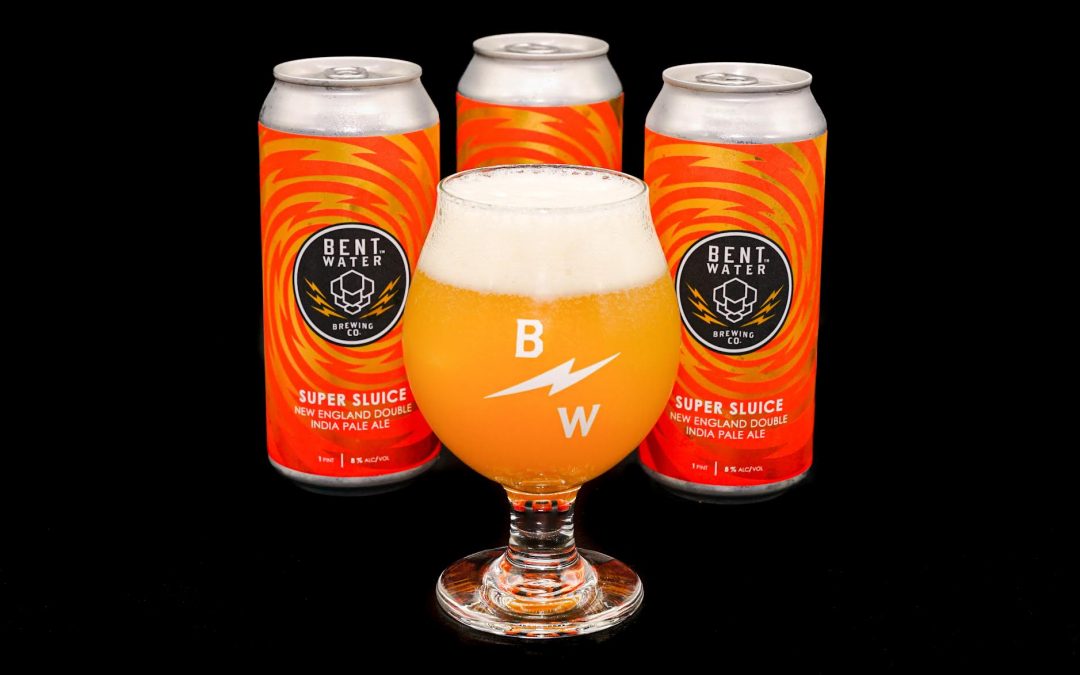 “We make a little bit of everything at Bent Water,” said Aaron Reames, co-founder and president, Bent Water Brewing. “But we’re really known for our IPAs. Super Sluice is one of our biggest releases because, in some ways, it culminates the last three years of work we’ve put into expanding our knowledge of IPAs and really carving out a name for ourselves in that segment of the market.”

Super Sluice is kettle hopped with Citra, Bravo, Cascade, and Mandarina Bavaria hops, and dry hopped with Strata, Calypso, and Citra. It has an aroma of Florida orange, sweet berry, and passion fruit, and brings flavors on the tongue of pear, tropical fruit, and oranges. With the combination kettle and dry hopping of Citra, customers should expect an opaque pour and a big orange rush.

“We originally conceived Super Sluice as being an amplified version of Sluice Juice,” said Adam Denny Golab, head brewer, Bent Water. “But as we tested different recipes, we realized what we really wanted to give people was a big, tropical flavor bomb that would give customers something different enough for the beer to stand completely on its own.”

Super Sluice will be released on Wednesday, September 1st and available in the market starting later this week.