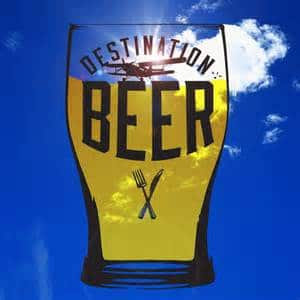 With the number of visitable breweries in Massachusetts at an astonishing 89 (8 have opened just this summer), and climbing, the options for brewery visits are practically endless. Especially since we’ve plotted all of them on our regional maps for you. But what to do with so many breweries, yet so little time? Did someone say road trip? Yeah, we thought that’s what you said. So here’s our list of a dozen great Bay State beer trips that we’ve made. Each itinerary allows you to visit a convenient cluster of breweries, otherwise known as a beer destination, during a single day or weekend.

Here are the parameters we used for our choices: (1) each destination must have at least three breweries that are within seven miles of each other, (2) you can enjoy a full pour at one or more of them, (3) one of them must have food (hearty snacks, a BYOF policy with suggested nearby take out, or food trucks). Saturdays are likely your best bet for day tripping, but be sure to check every brewery’s website for up to date visiting hours.

The Hamptons (Easthampton & Northampton) is quickly becoming a Bay State beer mecca, what with six breweries all within just six miles of each other. Abandoned Building, the oldest of Easthampton’s three breweries, sports a taproom pouring pints of original ales made with local malt and local hops. The beer garden at neighboring New City features a Brewmaster’s Jazz series during the summer, and often has as many as 15 brews to chose from, including their flagship Jamaican-style Ginger Beer. Less than two miles away, at Fort Hill, enjoy classic German style brews that adhere to the “Reinheitsgebot” purity laws. From there, it’s just a quick jaunt up to the Bay State’s original brewpub, the Northampton Brewery, where you can enjoy a meal or have late night drinks on their legendary multi-level deck. A few miles outside of downtown is where you’ll find Building 8, a hophead’s dream, and then Brew Practitioners, the region’s newest addition. The former offers samples and sales of their popular IPAs, while the latter is the starting point for the Ale Aboard Brew Bus. 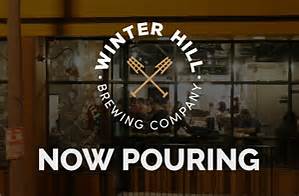 Cantabridgians (no, that’s not a made up term) have been drinking local craft beer ever since Cambridge Brewing Company, one of the state’s earliest brewpubs, opened in 1989. Now, after two decades of churning out amazing brews, they finally have some company from neighboring Somerville. Slumbrew entered the scene in 2011, opening the America Fresh Beer Garden at Assembly Row and later the Boynton Street Brewhouse, just a short bike ride from CBC. A bona fide bike and brew excursion was born when a third brewery, Aeronaut, opened in 2014, not far from the dividing line between the two cities. Two additional pit stops that were recently added include Winter Hill in Somerville, and Lamplighter, opening later this summer in Cambridge. And don’t worry about running out of fuel on your ride, all have quality food options and three of the stops are essentially brewpubs.

Nothing’s more patriotic than retracing the steps of the brewing forefathers who started the East Coast craft beer revolution. Start your historic walking tour at Harpoon, the Commonwealth’s first brewery (Sam Adams contract brewed all of its beer in Pittsburgh until 1987, a year after Harpoon had opened). After hoisting a few in their enormous beer hall, walk less than a mile up Congress Street to Trillium‘s original location, not particularly historic but renowned for its world class beer. Sadly, they no longer allow sampling, but you’ll definitely want some beer to go. Hoof it another mile or so and you’ll end up at Boston Beer Works on Canal Street, another of the early players in the craft beer revival, and originators of the blueberry beer. Last stop on your tour will be Sam Adams, largely credited with launching the idea of craft beer on the East Coast, but you won’t be able to walk there. Instead, take a taxi or ride hailing service over to their Jamaica Plain pilot brewery for a tour and some sampling of their experimental beers. No time for a walking tour? Hit up newly opened Dorchester Brewing Company, whose taproom has 20 draft lines to chose from, including their own house beers, as well as those from local partners and regional collaborators.

If you’re not already aware, a notable craft beer scene has been developing only a stone’s throw north of Boston for a few years now. In Chelsea, just across the river for which it’s named, Mystic Brewery has been using locally sourced yeast to produce some of the best farmhouse style ales in New England. After downing a pint in their gorgeous taproom, head north a few miles to Malden, new home of Idle Hands, for Belgian inspired ales in another stellar taproom. The last leg of the tour will be in Everett, home to Night  Shift and its amazing offerings: sours, coffee beers, award winning IPAs and a barrel aging program. Grab a table inside the expansive taproom, or on the patio out front, and order dinner from one of the top notch food trucks. Plan to extend your trip a little longer when a fourth brewery, Bone Up, opens up just down the street early next month. For now, you can find growlers of their beers at several of the local packies.

Worcester – Once a Ghost Town, Now a Beer Town 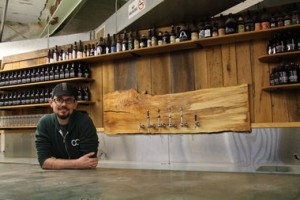 Not long ago the city of seven hills would have qualified as a craft beer desert. That was before the ice cream shop in Peppercorn’s restaurant was converted into a 10-barrel brewery that grew into what Bay Staters have come to revere as Wormtown. The relaxed taproom and patio at their new brewery location on Shrewsbury Street is where you should wind up your Central Mass. beer excursion, drinking a Be Hoppy of course. Working backward, plan to have a pint or two at 3Cross, a bike themed nano brewer that opened in the basement of 26 Cambridge Street in 2014. A good starting point, then, would be to pay a brief visit to the original Wormtown location on Park Ave, now home to Flying Dreams. Samples only here, so bring a cooler to pack with a few of their smooth, tasty offerings.

Canton and Norwood – Bring Your Cooler

Bring a cooler for this trip, as two of the three breweries only allow for sampling. Start off at either Blue Hills in Canton or Castle Island in Norwood. Both offer tastings and retail sails. Blue Hills offers a nice variety of styles, including several German classics. Their beer is sold in growlers and 22 ounce bottles. At Castle Island you’ll notice more of a hop-forward flavor profile and several IPAs to try. After you take their tour, you can grab 4-packs of tallboy cans to go. Then head to the main attraction on this outing, Trillium’s new brewery in canton: 16,000 square feet of pure beervanna. Sit back, relax, and enjoy, now that they serve full pours. The normal 20 ounce limit is lifted on Saturdays and more often than not a food truck will be in the parking lot. If you’re planning on further stocking that cooler. it might be wise to do it at the front end of your trip, Trillium has been known to run out of some of their more popular brews from time to time.

There’s a lot to like about Lowell, especially for craft beer lovers these days. The spacious Lowell Beer Works opened back in 2008, in the old Mill City Brewery space, and is open everyday for lunch and dinner. In 2014 Navigation opened and then in 2015 Merrimack Ales debuted, giving the city three solid craft brewers. Merrimack is hidden in an industrial park building on the outskirts of town and can be tricky to find, but their beer is worth it. Do some sampling, grab a few 22 ounce bombers to take home, then head over to Navigation where you can get a proper pint (16 ounce pour). Enjoy it while perusing the art studios that share the Western Ave building the brewery is housed in. Planning note: Navigation is only open on the first Saturday of each month, but Thursdays work as a nice alternative.

Route 2 to Greenfield – The Craft Beer Road Less Traveled By 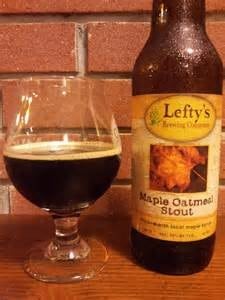 Savy Western Mass. beer drinkers have likely made the drive up Route 91 to explore Franklin County’s burgeoning craft brewery scene, but this trip may seem too out of the way for most others. Do it anyway, we think it’s worth it. Consider starting at The People’s Pint in Greenfield, where you can order a flight and have lunch. Just a mile away is Lefty’s, who specializes in porters, stouts and barrel aged beers. They were recently voted best brewery in the Pioneer Valley, so you’ll want to take home some 22 ounce bottles after sampling. A few miles away in neighboring Turners Falls you’ll find the Brick & Feather tasting room. You’ll have to add to your growler collection if you plan to take beer home from here, but their juicy pale ales and IPAs are among some of the best we’ve tasted. If your trip home has you headed East on Route 2 then plan to make a stop at Element Brewing’s taproom in Millers Falls, where veteran brewers Dan Kramer and Ben Anhalt generally has some unique brews pouring. Last call before ending the day should be at Honest Weight in Orange. Make a quick stop for some great roadside barbecue from Antonina’s Kitchen about a mile before you reach the brewery. Bring it with you and wash it down with a pint or two from the brewery’s rustic taproom.

If you’re willing to do a little more traveling (in which case we recommend you bring a designated driver) than here are four more worthwhile destinations to consider:

The South Shore: With the newly opened Barrel House Z in Weymouth, the South Shore now has four breweries along a 19-mile stretch of Route 18. Start off at Black Hat Brew Works in Bridgewater, make a stop at Old Colony‘s new taproom in Whitman, grab a growler from 10th District in Abington, and end up in the gorgeous BHZ taproom.

Cape Cod: Even further south, if you’re willing to brave the traffic along route 6, the Cape now has three breweries to accommodate vacationers and parched beach bums. Cape Cod Beer in Hyannis has been a community stalwart since 2004, Devil’s Purse in South Dennis has tastings and crowlers to go, and Hog Island in Orleans is the newest and outermost brewery on mainland Cape Cod.

North Shore: With the opening of three new breweries in a span of just seven months, the North Shore has gotten a much needed boost to its craft beer scene. Nano brewer Gentile opened a taproom in Beverly, Micro brewer Bent Water did likewise in Lynn, and highly regarded session beer maker Notch recently opened a beer hall & garden in Salem.

Framingham: Don’t look now, but when Exhibit ‘A’ opens its taproom in September, the Metro West will have a nice little cluster of old and new breweries for locals to chose from. John Harvard’s and Beer Works have been feeding and hydrating patrons for years, Jack’s Abby has everything a craft beer lover could ever want at its new beer hall, and Exhibit ‘A’ , with veteran brewer Matthew Steinberg, will be a great addition. 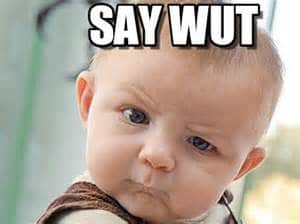 Did we overlook a notable beer destination in your neck of the woods? As alway, hit us up with any thoughts in the submit a comment section below.