18 Reasons You Should Drink Massachusetts Beer

In case you missed it, and based on the lack of response we received it seems most of you did, we recently kicked off a hashtag campaign called #MassBrewMonday in an effort to encourage Bay State craft beer lovers to have a little more love for our amazing local breweries. Admittedly, its been a bit of a flop. Either we drink too much, especially on Mondays, or the rest of you aren’t drinking enough, especially on Mondays. Either way, here’s a little more motivation to get you to drink more Massachusetts craft beer on Mondays.

18 Reasons to Drink Beer Made Right Here on Mondays

What I love about the Massachusetts craft beer scene is the community. The relationships between brewers and beer geeks makes drinking craft beer a more personal and enjoyable experience for everyone. Cheers!
– Zach Rothman, Raising the Barstool on Twitter / Instagram – 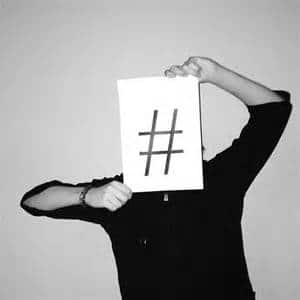 Join us in sharing your Bay State beer on social media using the #MassBrewMonday hashtag.

Massachusetts has it all for the craft beer drinker: the birthplace of the East Coast IPA, a passionate beer community, thriving brewery tasting rooms, and brewers who continue to deliver for their customers. Cheers!
– Todd Charbonneau, Brewer / Owner, Dorchester Brewing –

The number of breweries in Massachusetts has grown exponentially since we first opened, yet our brewers remain at the forefront of innovation by collaborating and supporting each other, and the sense of community has only grown stronger.
– Caleb Hiliadis, Brewer, Amherst Brewing –

The prevailing sentiment within the Massachusetts craft beer scene is make great beer, and people will drink it. As a result, the landscape is collaborative and supportive while pushing everyone to continue to hone their craft. And the beer has never been better.  – Alex Weaver, Lifestyles Editor at Bostinno, Craft Beer Connoisseur –

One of the things that makes our industry different from others is that we may go head-to-head over shelf space and draft lines, but at the end of the day, a lot of us still enjoy hanging out together, having a beer and sharing ideas.  – Will Meyers, Brewmaster, Cambridge Brewing Company –

Massachusetts has had world class breweries for a long time, and true to that history we are happy to hoist a classic brew from Sam Adams or Harpoon, or to savor a new creation from Trillium or Tree House.
– Scott Staiti, Boston Beer Hunter on Twitter –

The copious amount of top quality, handcrafted beers you can get your hands and taste buds on is amazing, and the people who are passionate about supporting local breweries in our state are awesome!
– PJ Mercier, Brewer / CMO, Navigation Brewing –

We’ve been overwhelmed by the curiosity people have to discover great new beer and share their discoveries with others. It’s fair to say that getting together to enjoy a locally brewed beer is the best possible social network! Cheers!
– Russ & Mary Heissner, Barrel House Z –

The best thing about craft beer in the Bay State is the people that support it. Their loyalty allows the breweries to always have fresh beer on hand, experiment with new styles, and to give back to the communities that support them. It’s the ultimate Circle of Beer.  – Paul Gentile, Co-Owner & Brewer, Gentile Brewing –

I’d say craft beer in Massachusetts is great because there are so many locally made options. You’re never too far from a neighborhood brewery offering some awesome beers.
– Greg Desrosiers, Reporter / Broadcaster for WSBM, Craft Beer Enthusiast –

My favorite thing about Massachusetts craft beer is traveling the state in search of all the unique beers that Bay State breweries are churning out these days.  – Mike Callahan, Craft_Beer_Mike on Twitter – Drink Local proponent –

The thing that I love about the craft beer industry is the same thing that brought my husband and I to it 20 years ago: the ability to day trip to local breweries, hang with other craft beer lovers while trying new beers, and enjoying the community built around beer.  – Beth Marcus, Co-Owner, Cape Cod Beer –

I gotta say it’s the people – all of the other brewers we’ve talked with have been welcoming and helpful, and the drinkers are excited as hell to have so much good local beer.  – Jared Kirally, Head Brewer, Bone Up Brewing –

I love grabbing a local beer, especially with someone who’s passionate, whether it’s discussing the beer or how Tom Brady is innocent. Massachusetts has an underrated beer drinking population and a passion for unique crafts in cool locations.
– Corey Deldo Russo, Craft Beer Blogger, Boston’s Breweries –

The beer industry is and has always been about the people. The beer just makes the industry amazing. To me beer is the original social network! Don’t worry, be hoppy.  – David Fields, Sales Manager, Wormtown Brewery –

There’s a tight community of brewers and beer lovers here that truly understand the idea of supporting local and independent breweries, many of them world class. Even the brewers enjoy sharing each other’s beers together. I love brewing here in the Bay State.  – Matthew Steinberg, Brewer, Exhibit ‘A’ Brewing – 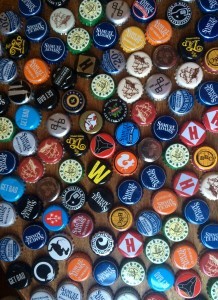 There are currently 120 Mass. brewers (and counting) to chose from on Mondays.

We are so lucky in the Commonwealth to have such a great diversity of breweries. And all of them, big or small, are super accessible for consumers. It’s awesome how they collaborate and hang out together. Cheers.  – Kristen Sykes, Boston Area Beer Enthusiasts Society (BABES) –

Everyone I’ve met in the Massachusetts beer scene has been nothing but awesome. What’s better than knowing the people who brew your beer, and knowing they’re good people? – Jason Chalifour, Craft Beer Blogger, Certified Beer Judge, Home Brewer –

With all the choices craft beer consumers have these days, it’s easy to forget that there’s a ridiculous amount of amazing beer brewed here in the Commonwealth. We want it to stay that way. You should too. That’s why we’ve decided to celebrate the amazing craft beer scene here in Massachusetts by starting “Mass. Brew Monday,” and we want you to join us. It’s simple: chose a brew from one of our awesome local breweries every Monday, then share what you’re drinking with us on Instagram,Twitter or Facebook using the #Massbrewmonday hashtag so we can retweet it. Cheers to Massachusetts craft beers.