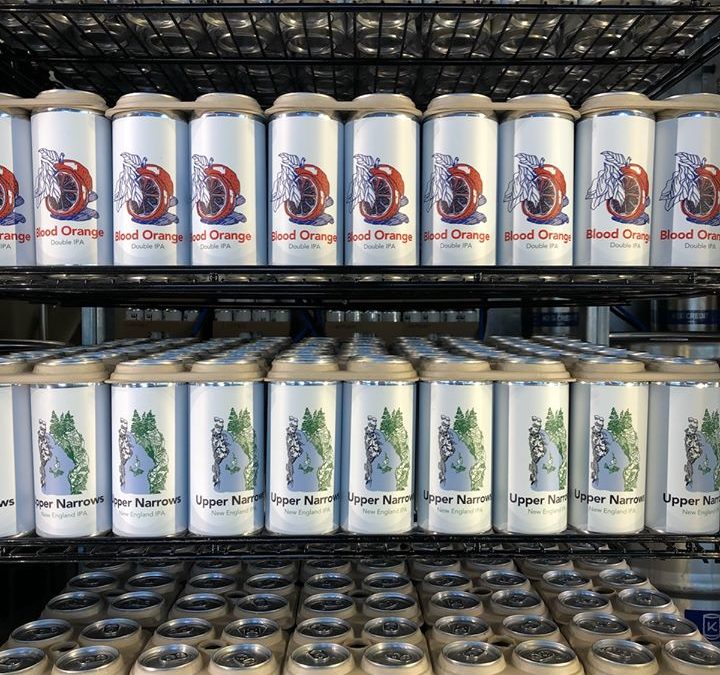 PRESS RELEASE / February 10, 2020 (Somersworth, NH) — In late January, Bad Lab Beer Co. (BLBC) canned their first two beers, but that only tells part of the story. “We made the decision to use eco-friendly, biodegradable can carriers rather than plastic ones,” said Evan Eppler, general manager. While slightly more expensive than traditional plastic can carriers, Eppler said these “Eco Rings,” developed by E6PR, are more than worth the investment. “We need to do what is right for the environment,” he said. “It’s our intention to be better, and using biodegradable products like these Eco Rings is one way to do it.” Citing recent gold level status with the New Hampshire Green Hospitality Program as one example of BLBC’s commitment to sustainability, Eppler said they are not alone in the brewing industry either.

“There are other brewers on the Seacoast using this product, too, or thinking about it,” he said. “Hopefully, some of the biggest area breweries will move in the same direction.” Eppler said these Eco Rings, available through local NH mobile canning company State 64, will be used for all 16oz four packs, including Simulated Stars Double New England IPA (release date of 2/19). “We are excited to be part of this movement,” he said.

This trend is regional, noted Rob Vandenabeele, co-founder of Mass. Brew Bros. “One of our goals is to raise awareness of the obvious disconnect between artisan beverages like craft beer and the somewhat recent trend of packaging it with an unsustainable and environmentally harmful material like plastic,” he said. For Vandenabeele, this commitment to sustainability extends well beyond his company, as he said he has personally committed himself to creating zero craft beer waste for all of 2020. “I can only consume draught beer at taprooms or bars, and any takeaway purchases must be in refillable growlers,” he said. “The intention is to keep my craft beer recycling bin/garbage can empty for all of 2020 and raise awareness of the waste crisis the world is facing.”

For Eppler, this type of commitment to sustainability reflects an emerging trend in many breweries. “As a gathering spot, a cultural hub in many of the communities we serve, it is our responsibility to lead the way toward environmental sustainability and to give back,” he said. “I’m excited to see where we go as an industry.”

Featuring a casual brewpub, modern menu, live music, and commitment to community partnerships and environment sustainability, BLBC is guided by a mission built on the core concepts of Sip, Savor, Sustain.

To learn more about Stout Month or BLBC, visit badlabbeer.com.