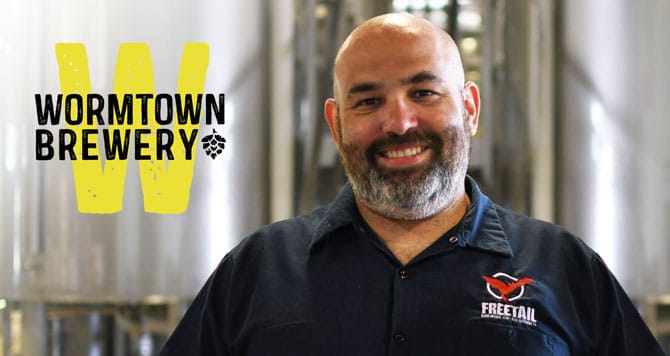 PRESS RELEASE / September 12, 2019 (Worcester, MA) – The 10 year old brewery has recently finished an expansion that brings the brewing facility and warehouse to just over 30,000 sq ft.  Brewing production has grown from 2800 barrels in ’15 to over 35,000 barrels projected in ’19.   During that period the brewery staff has grown from 4 team members to over 30.  In addition, Wormtown will be opening a second brewing facility and taproom at Patriot Place in early October that will employ 12 more family members.

“Our brewery and our brewery family has grown rapidly, especially over the past 5 years.  Scott has been hired to maintain the culture that our team has created here while helping to inspire new and exciting ideas from our amazing team”, said Managing Partner, David Fields.

Scott Metzger is the founder and former CEO of San Antonio, TX based Freetail Brewing.  He possesses his Master’s Degree in Economics from the University of Texas-San Antonio, where he also served as an Adjunct Professor of Economics, and was honored as the university’s 2016 alumni of the year.

Under Metzger’s leadership, Freetail grew to become the largest brewery in San Antonio, a city of 1.7million people.  In addition, he was instrumental in changing Texas laws in 2013, allowing craft breweries greater market access, leading to an industry boom.  This effort gained Metzger national attention in the craft beer world and led to a 4 year appointment to the Board of Directors of the Brewer’s Association (BA).  Based in Denver, CO, the BA is the leading national advocacy group for craft beer responsible for events such as the Great American Beer Festival and the World Beer Cup as well as critical industry policy decisions such as the definition of what is a “Craft Brewery” and the creation and promotion of the Independent Craft Seal.

According to Scott, “Wormtown presents a unique opportunity to join a team with a stellar culture and reputation for making world class beer. I’m thrilled to be joining the Wormtown family and help build upon the amazing success the brewery has achieved over the last decade.”

Scott will begin his career at Wormtown on September, 25th and will move his wife and two children to the Worcester area shortly thereafter.  “I married into a New England family, so my wife and children are as excited as I am to be near relatives and the rich history and culture of the area”, said Metzger.

The search for a General Manager took about 6 months and was national in scope according to Fields.  “This is a very exciting addition to our brewery family.  Scott brings a set of skills to our team that we have not had in the past, a reputation as a national leader for craft beer and obviously adds a level of intelligence and economic management that combined, make us a better team and more interesting brewery.” 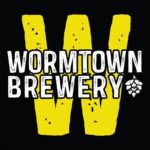 Founded in 2010, Wormtown Brewery is committed to brewing world-class beers using locally sourced ingredients regardless of cost. Our motto “A Piece of Mass in Every Glass” means our beers are crafted with the freshest ingredients for the freshest beer. This dedication to quality over quantity has earned us over 160 awards worldwide for a vast collection of recipes; but if it’s a premier IPA you are looking for, we know how to make you Be Hoppy®! Find out more by visiting: www.wormtownbrewery.com