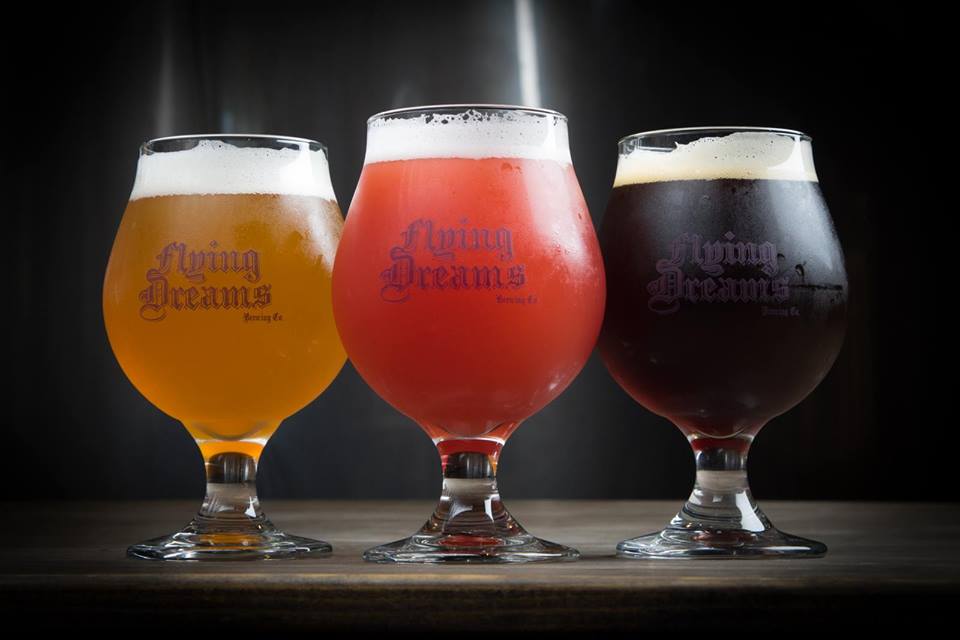 PRESS RELEASE / Worcester, MA – Flying Dreams Brewing Co. is excited to celebrate our two-year anniversary the weekend of November 16th-19th! In celebration of the anniversary, the brewery on Park Ave will be offering free 4-beer tastings with any purchase of (bomber or growler) in the tasting room. Join us all weekend for a chance to try these beers, many of which are limited!

Park Ave Porter: Get the first taste of our new namesake porter!

Each flight of tastings will feature 4 beers of your choice, selected from 6 of the 8 beers above. Many are limited, so we cannot guarantee which beers will be available at any specific day or time.

On November 20th, 2015 Flying Dreams opened its doors on Park Ave to the public and began serving beer that has just recently been named the 6th best brewery in Massachusetts. You can find Flying Dreams beer in over 130 locations across the state in bars, restaurants, stores and festivals.