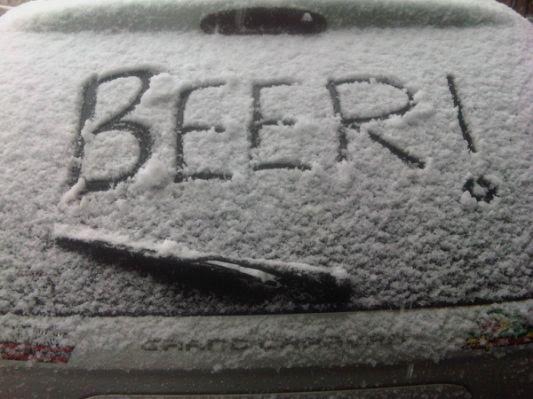 We enjoy crushing easy-drinking summer beers and throwing back steins of Oktoberfest biers, but there are also times when we want to just sit back, relax and sip our brews. That’s what winter beers are for. Many are full of flavor and have higher ABV, so we recommend taking your time to savor these brews with good company and good conversation over a meal or by a roasty, toasty fire on those cold, blustery winter nights.

The following is a list of local Massachusetts winter/holiday brews that can excite the senses, please the palate and tingle your toes. Each beer listed has a link to the brewery website so you can locate and/or purchase these beers. COVID has obviously made times uncertain, so availability and acquisition may be a challenge for some of these beers. We will continue to update this list as we find more seasonal beers to suggest. If there are any beers that you think should be added to this list, please leave them in the comments. Bundle up and toast the season because winter is here!

Amherst Brewing Christmas Morning Stout (Amherst, MA) – A stout made with coffee from Shelburne Coffee Roasters available in cans and on draft at each Hangar location (try it on nitro)

Altruist Brewing G-FORCE BBA Stout (Sturbridge, MA) – Brewed with an “abundance of homemade chocolate chip cookies and rested on toasted cacao nibs” then aged in a bourbon barrel for 10 months. It will be available in 22oz bottles at the brewery.

Berkshire Brewing Holidale (Deerfield, MA) – A Barleywine “with a rich caramel malt flavor, giving it a deep mellow sweetness of candied fruits and aromatic esters” – Available in 22oz bottles – They also have aged versions of Holidale for sale 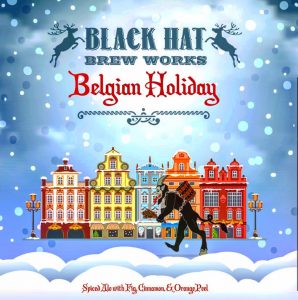 Cambridge Brewing Double Blunderbuss (Cambridge, MA) – This award-winning Barleywine was “aged for one year in a fresh craft bourbon barrel. It was then aged in a second barrel which held an Apple Amaro from our friends and local artisanal distillers Short Path Distillery” 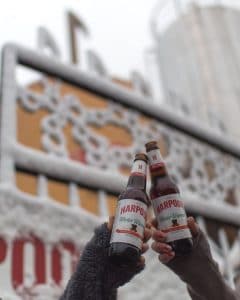 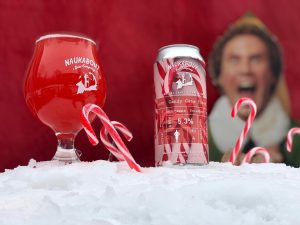 Naukabout You Can’t Catch Me…(Mashpee, MA) – A brown ale “supercharged with tons of Gingerbread” and other holiday spices

Navigation Brewing Winter Warmer (Lowell, MA) – A big boozer at 11.5% to warm you all over on cold winter nights

Samuel Adams Old Fezziwig (Boston, MA) – This seasonal favorite old ale is like a Christmas cookie with spices and biscuity notes – Avaialble at the Boston breweries in crowlers or growlers to go

Spencer Holiday Ale (Spencer, MA) – Made at the only Trappist brewery in the United States, this lightly-spiced holiday ale is a wonderful compliment to your “feast-day” table 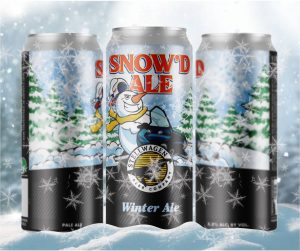 Sterling Street Brewery Gingerbread Snuggles (Clinton, MA) – A winter ale brewed with with actual gingerbread men in the mash and spiced with cinnamon and sugar

Wormtown Brewery Bllzzard of ’78 (Worcester, MA) – A classic English-style Brown Ale with fresh roasted coffee beans added from Acoustic Java a portion of the sales of this beer will go to the Black Ale Project which supports veterans